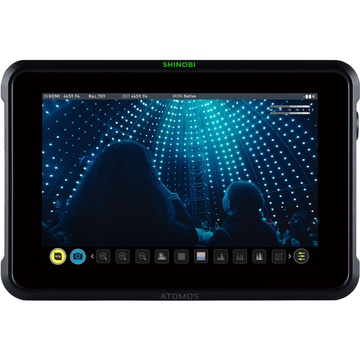 Add a bright, high-resolution monitor to view your 4K/2K footage from a cinema camera such as a Z CAM E2, Panasonic BGH1, or RED KOMODO with the Shinobi 7" 4K HDMI/SDI Monitor from Atomos. This 7" on-camera monitor features a 1920 x 1200 10-bit FRC IPS display with a brightness of 2200 cd/m², which makes it suitable for use in both exterior and interior conditions. This larger model improves on the original Shinobi as it adds 3G-SDI input and loop output up to 2K60, HDMI 2.0 input and loop output up to 4K60, signal cross conversion, a camera control port, dual L-series battery slots, and future possibilities with its built-in USB and RJ45 ports.

The touchscreen Shinobi 7 runs the latest AtomOS firmware that features a variety of onscreen analysis tools such as multi-scope views, exposure, framing, focus assist, waveform, RGB parade, and histogram tools. It also features an SDI card input to load custom 3D LUTs, and it supports SDR and HDR viewing. The AtomHDR display technology allows you to accurately monitor your log gamma footage without having to view flat, washed-out images or use a LUT to compress the dynamic range and colour space. The monitor supports popular log formats from Sony, Canon, Panasonic, ARRI, RED, and JVC cameras.

It also supports camera control using its 2.5mm control port and optional cables, and it currently supports control of the Z CAM E2 series of cinema cameras. Built to withstand the rigours of production, the Shinobi 7 features a lightweight chassis and powers from a dual L-series battery plate or using the included power adapter.

With AtomHDR you can monitor up to ten stops of dynamic range of your camera's LOG image. Most conventional monitors can only display six or seven stops, which is fine for standard footage; but a Log image will look overly flat. It is also superior to monitoring with a loaded LUT, which can clip the highlights and mask shadows.

The Shinobi 7 features a 7" IPS LCD 1920 x 1200 screen that is illuminated by a bright 2200 cd/m² LED backlight, making it possible to view in daylight without requiring a hood. Plus, the screen is also colour calibrated from the factory to ensure accurate image representation.

Log and HDR signals can be difficult to monitor with conventional equipment. With the Shinobi's built-in HDR signal management functions, the log signal can be converted to the PQ standard for compatibility with existing consumer and professional HDR equipment.

The back of the monitor features dual L-series battery slots for longer shoot durations, and a universal power adapter is also included.

The Shinobi 7 supports anamorphic de-squeeze, allowing you to comfortably view anamorphic footage with a squeeze of 2x, 1.5x, 1.33, and Panasonic's 8:3.

An SD card slot allows you to load custom 3D LUTs and apply them to both input and output signals. 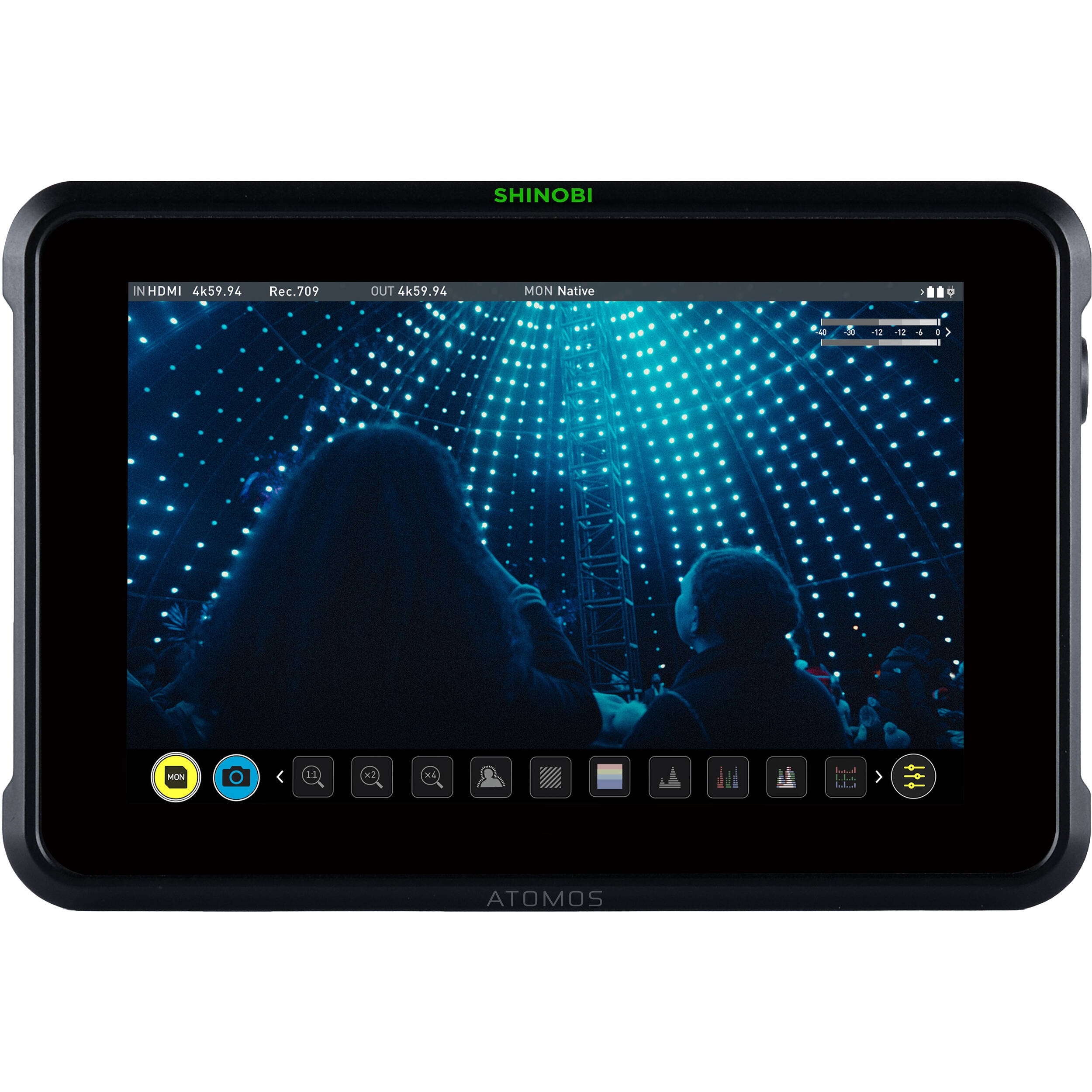