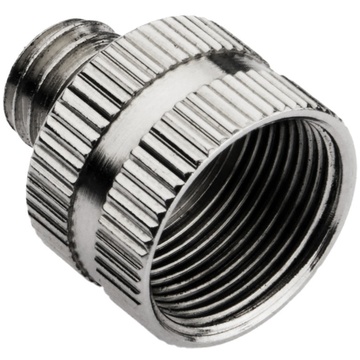 Designed to add extra versatility and connectivity to any mic stand, the AD-5838-B from Auray is an adapter which converts a 5/8"-27 female mount to a 3/8"-16 male post. As such, it's compatible with a wide array of mic clips, shockmounts, or any other applicable accessory sporting a 3/8"-16 post.

The adapter features a sturdy knurled edge, which aids in loosening and tightening the adapter as needed. Using this adapter will allow your 5/8"-27 mic-stand stud to interface with shockmounts usually intended for use with boom poles, as well as European mic clips and other gear outfitted with 3/8"-16 mounts. 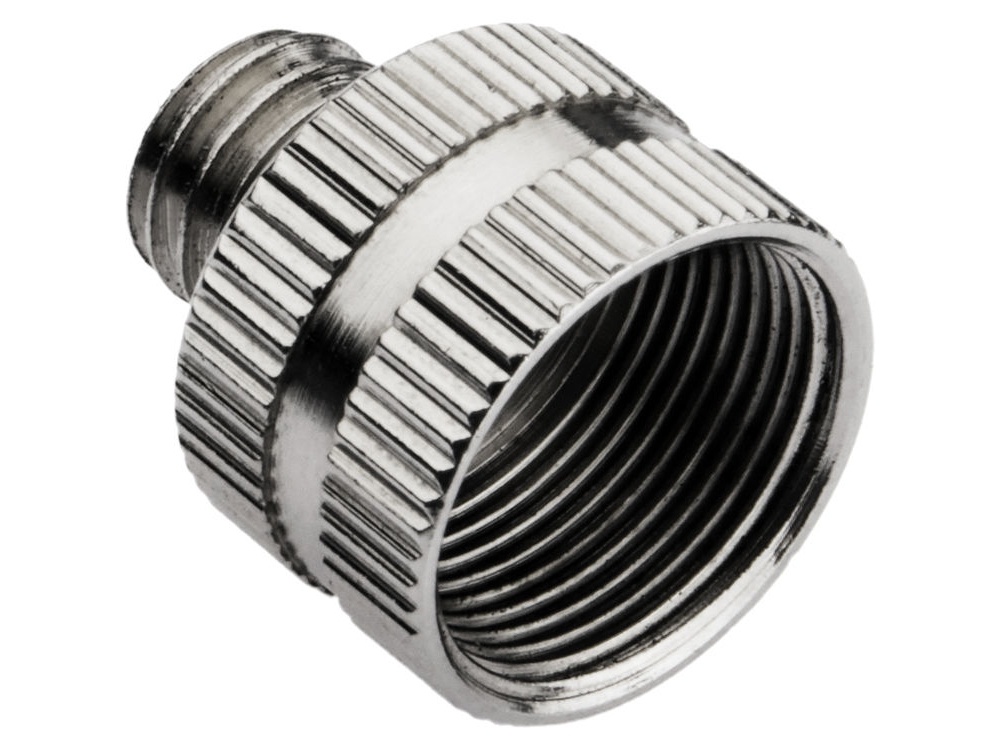