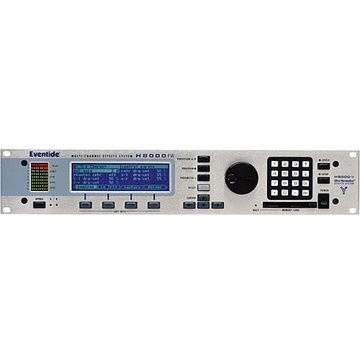 The H8000FW from Eventide is a highly programmable, multi-channel, digital signal processor. Over 1,800 presets cover the entire gamut of signal processing, from lush reverbs, to choruses, flanges, delays, pitch shifters, dynamics, EQs, to filters, distortions, synthesisers, samplers, ring modulators and everything in between.

The unit houses two independent signal processors, each having eight inputs and eight outputs. The two processors can be run in parallel, in series, or in any variation utilising the unit's "anything to anything" routing capability. In addition, the H8000 can run "monolithic programmes" that use the processing resources of both DSPs to run a single large programme.

For the users who are interested in making their own programmes, the H8000 continues Eventide's "modular programming paradigm." Programmes are composed of individual building blocks, or "modules" and with the open architecture of the unit, the users are able to create their own original programmes. 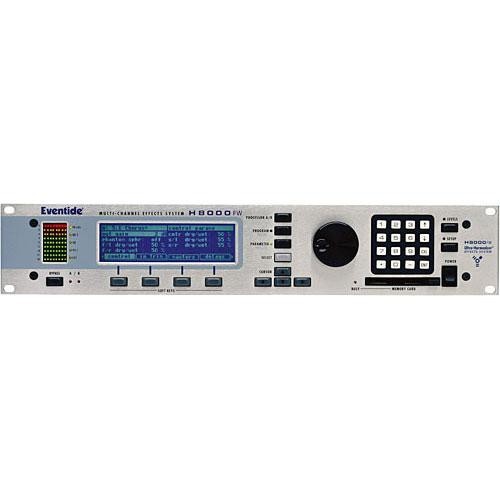