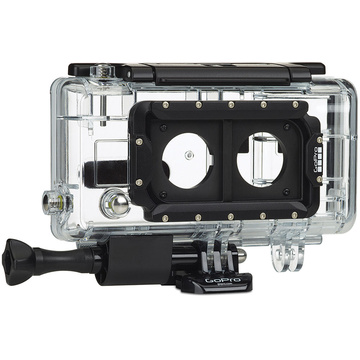 The Dual HERO System for HERO3+ Black Edition Cameras from GoPro is a unified housing that holds two HERO3+ Black Edition cameras so that you can record 3D video or use the camera's 12MP sensor to take 3D still photos. The system features a USB sync cord to ensure both cameras start and stop at the same time--or that the shutter release triggers at the same time for photos--and that both cameras are operating at the same settings. Using the GoPro Studio editing software, a free download, you can combine the 2D images from each camera into a single, 3D-ready file. Two pairs of 3D glasses are included to help you view your finished 3D work.

Although the HERO3+ Silver and HERO3+ Black Edition cameras are both the same physical size, only the Black Edition will support synchronisation for 3D recording.

Includes 3D Anaglyph Glasses
So that you can enjoy your 3D movies shot with this system when you get home, two pairs of anaglyph 3D glasses are included 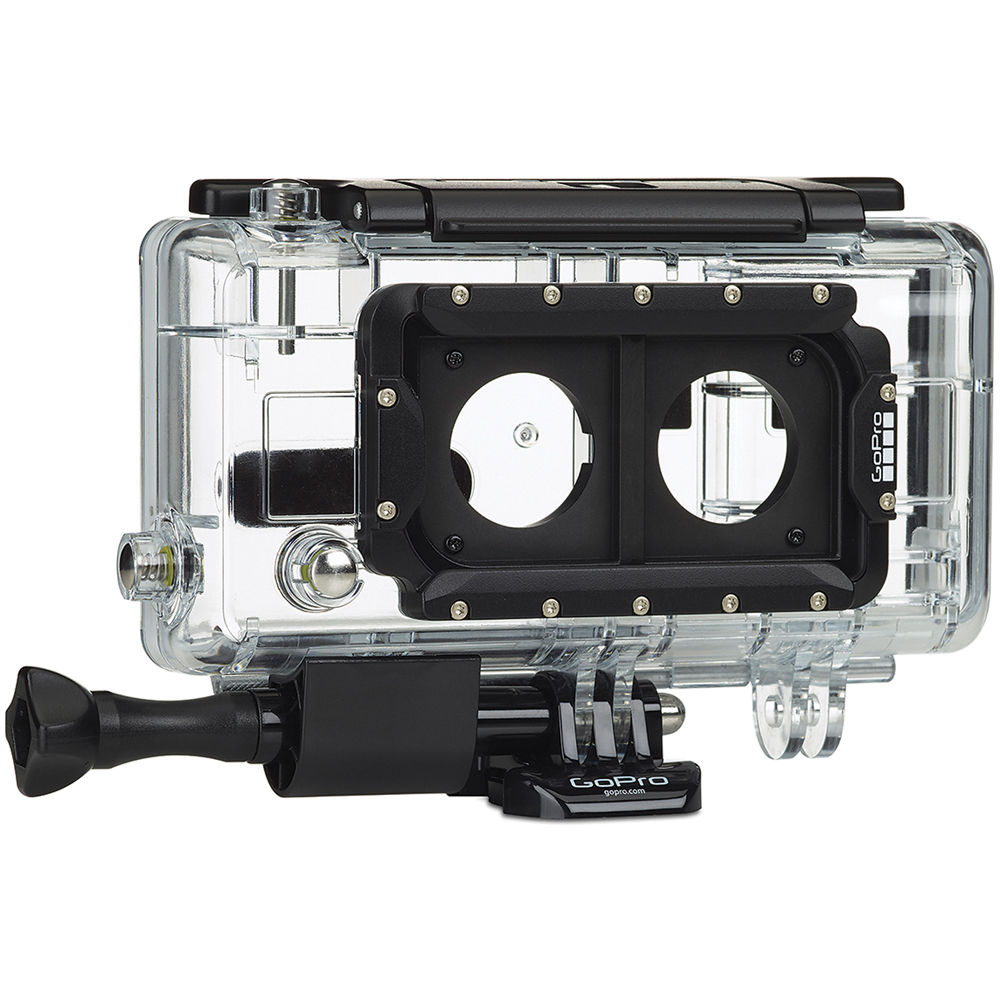