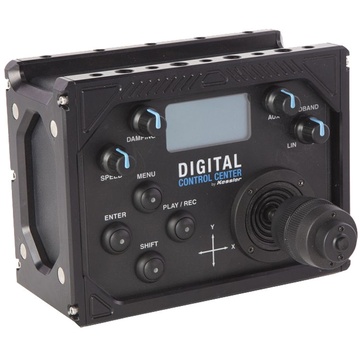 The Digital Control Center (DCC) by Kessler Crane represents the latest innovation of the Kessler motion control product offering. Similar in concept to the previous generation of analogue controller, Oracle, the DCC brings real-time manual control via a joystick to CineDrive.

The DCC can control up to 6 axes, 3 of them simultaneously and all 6 via a toggle button. Whether controlling CineDrive completely manually or interacting with specific axes within an autonomous move, the DCC provides flexibility in control for various shooting environments. One great example of this is that users can now manually pull focus during a pre-programmed move, thus allowing operators to more organically interact with the subjects they are filming.

Users can pair joystick control with the extremely popular Second Shooter and Second Shooter Plus platforms. Also, users can control the Digital Revolution Head with the DCC. This combination is ideal for crane and jib use and is a system that can handle rigs up to 9.07 kgs.

RESPONSIVE CONTROL
Users can customize the DCC’s settings such as speed, damping and deadband controls to fine tune to the specific needs of the shooter and their rig.

MULTIPLE AXES
The DCC allows users to control up to 3 axes simultaneously and can manage a total of 6 including pan, tilt, slide, focus, iris and zoom. Users also have the ability to name each axis according to their needs.

KOS INTEGRATION
Leverage the power of KOS and the advantages of manual control with the DCC to perform precise camera movement and set up pre-programmed keyframed moves.

COMBINED CONTROL
With the DCC users can initiate pre-programmed moves while simultaneously manually controlling specific axis, such as pulling focus during a pre-set 3-axis pan, slide and tilt move.

MAGNALINK MOUNTING
The DCC utilizes the proprietary Magnalink system to keep the controller, batteries and other accessories connected and organized.

FORM AND FUNCTION
The DCC’s all-aluminum cage is built rock-solid to handle the harshest of environment and has various 1/4-20” and 3/8-16” threaded holes for universal mounting. 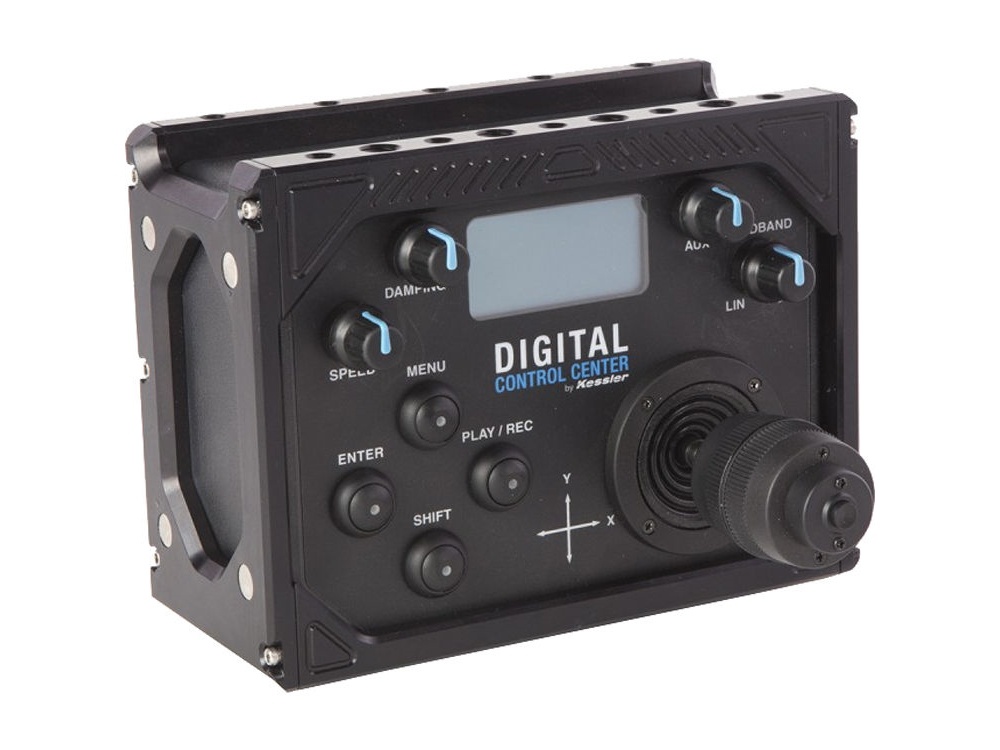