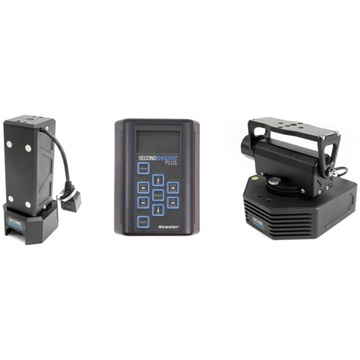 The Best In Motion Control Just Got Better

After an incredibly positive response to Second Shooter from filmmakers around the world, Kessler immediately refocused and forged ahead with their continuous goal of innovating motion control gear that pushes the boundaries of what is possible. The result, is Second Shooter Plus. Second Shooter Plus is a reimagined counterpart to its predecessor and introduces features and upgrades that stem from thousands of hours in-the-field and requests from an enormous group of talented filmmakers looking to dig deeper into their craft. Kessler has always prided itself on listening and engaging their customers to design and manufacture the best products available and with Second Shooter Plus, Kessler believe they have done exactly that.

Integrated Wi-Fi allows Second Shooter Plus to be operated with kOS via iPad, Mac Windows as well as connect to motion control accessories such as the Digital Jog Control.

With Second Shooter Plus SurgeTech feature users can take a normal 12V input into the controller and output at 24V to each motor, dramatically increasing available speed and torque.

Quiet Mode is used to limit maximum motor speed, to ensure Second Shooter Plus remains silent in audio sensitive environments, such as weddings and live interviews.

Second Shooter Plus has two expansion ports giving users the ability to connect to various external accessories such as the Digital Control Center, while at the same time being able to connect two controllers together in Bridge Mode.

Used to connect external intervalometers and bulb-ramping devices, such as Ramper Pro.

To help users organize their controller per shoot and in different configurations, users can rename each axis on the Second Shooter Plus Controller as needed.

Second Shooter Plus small footprint allows it to fit nicely into existing camera bags and eliminates the need for additional cases. Separate the Pan from the Tilt axis to use independently or for easier travel. Every piece is modular.

Bringing the power features of CineDrive's kOS software to the smaller form factor of Second Shooter.

From basic slider shots to unmanned, looping shots for an interview - Second Shooter Plus proves its place as an A cam or B cam.

Setting up a complex time-lapse has never been so easy. With basic and advanced features, the intricacy of the move is up to you.

Stop motion is made simple with Second Shooter Plus. Set up your key frames then simply advance through each position to achieve a flawless end product.

Setup moves easily with two or three keyframes and let Second Shooter Plus do the rest. Need to edit? Tweak each key frame independently without having to redo the entire move.

Magnalink Integration Second Shooter Plus utilizes the advantages of Kessler's Magnalink system, keeping the controller and accessories, such as the MagPak battery system, organized via magnetic connection.

The low noise output of Second Shooter ensures that when users need to capture audio, they won't also be capturing motor noise.

The Second Shooter Turntable is an excellent feature for users seeking advanced panning shots, such as those used in product showcase videos.

Incredible stability and a low profile are trademarks of Second Shooter, outclassing any imitators.

Ensure a perfect composition with the built-in bullseye level.

Second Shooter Plus built-in flashlight allows you to save space in your pack. 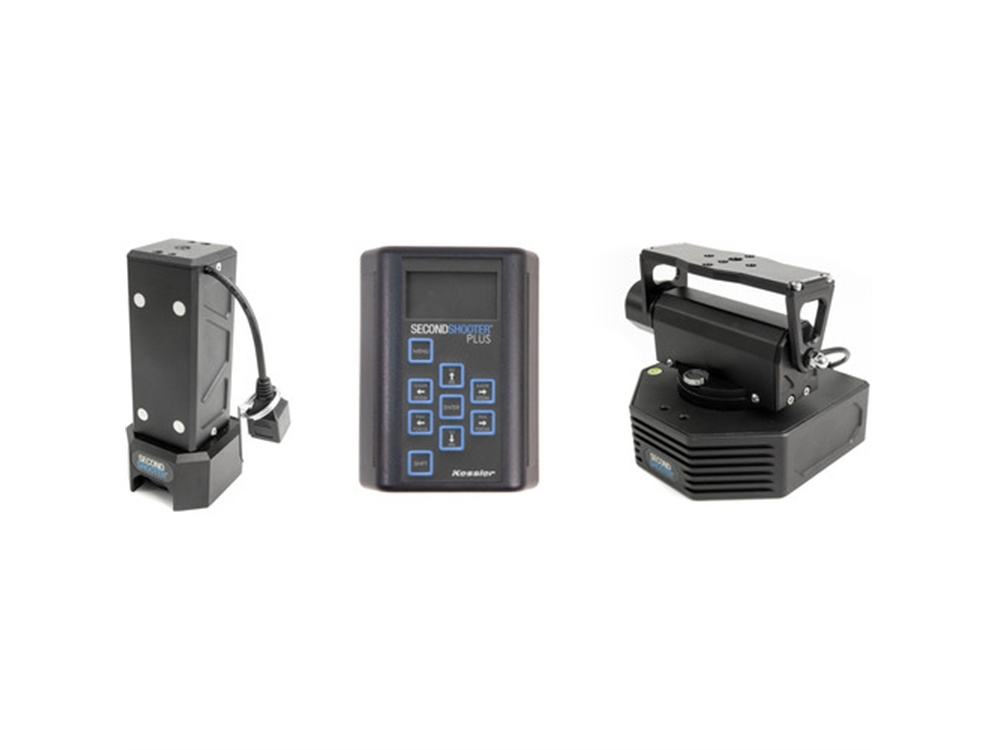