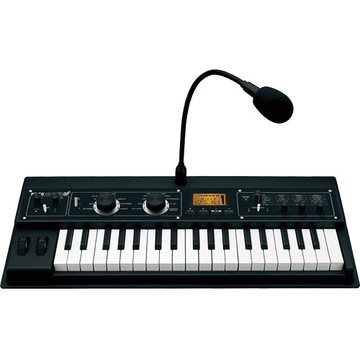 Product #28143 | SKU MICROXLPLUS
Availability on Request .
what does this mean?

Our Price $749.00
This product can't be purchased at this time, please contact us for more information.
or apply for 12 months interest free with

The MicroKorg XL+ from Korg is a synthesiser/vocoder housed in a compact but rugged enclosure and features thirty-seven, velocity sensitive "Natural Touch" mini-keys. Combining analogue modelling with a vocoder provides the user with a wide range of styles and sounds. Initially featuring 128 programmes, the sound banks can be further expanded using the downloadable and free editor software.

For band use the keyboard includes the piano sound from Korg's SGproX classic stage piano, as well as its hard-edged, grand-type electric piano. Other sounds include the M1 and the VOX organ sounds, vintage tape-type string and flute machines, and more. All of the sounds can be played full-range either by using the onboard octave switch, or by connecting a MIDI-capable, full-sized keyboard.

A sound selector allows for choosing sounds using two large dials, "music genre" and "instrument category." This arrangement is further enhanced by letting the user leave one of the dials fixed and use the other to make programme changes during a song (music genre fixed), or use it to select vocoder variations (instrument category fixed).

The MMT (Multiple Modelling Technology) engine provides two oscillators for sound generation. Oscillator 1 features seven oscillator algorithms including formant waveforms such as human voice, and PCM/DWGS waveforms for vintage keyboard and strings. It also allows for the use of techniques such as cross modulation, unison, and VPM (Variable Phase Modulation). And by taking advantage of modulation (sync or ring) with Oscillator 2, it's easy to create complex sounds.

The vocoder consists of a 16-band filter bank that simulates the sounds of the past, while also allowing for filter frequency shifting (Format Shift), or adjusting the level and pan of each band to dramatically change the overall character of a sound. A gooseneck microphone is included. Two master effects utilise the effect engine from the company's Kaoss Pad series, with a total of seventeen types including delay and echo, a ring modulator and grain shifter. Time based effects can be synchronised to MIDI clock. 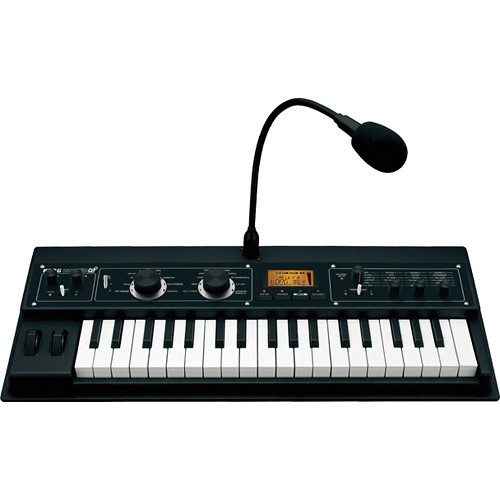