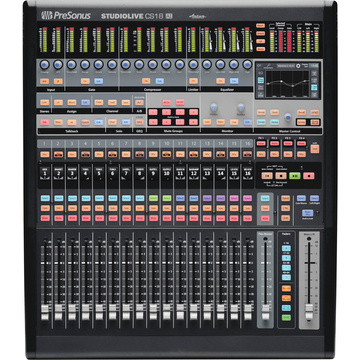 The CS18AI Ethernet/AVB Control Surface with 18-Touch Faders from PreSonus is a compact, intuitive mixing solution for the StudioLive RM16AI and RM32AI rackmount digital mixers and Studio One digital audio workstation software (sold separately). It can be used to control up to 64 channels via Ethernet cable when paired with a PreSonus RM series rackmount mixer in applications for live stage, theatre, houses of worship, computer recordings, and more.

Some of the features of the CS18AI include eighteen RGB select buttons that can be customised to make it easier to identify different channels based on colour, and motorised touch sensitive faders that allow you to experience real time automation in your studio. In addition, you have 146 illuminated buttons, sixteen 64 x 96-pixel scribble strips, a touch-sensitive 4.3" LCD display and sixteen 11-segment LED level ladders.

With a simple Ethernet connection, the CS18AI becomes the control for Studio One software on your computer. You can get the performance of a big mixing console in a compact controller with a natural feel. It is a complete mix controller that gives you classic mixer control of compressors, EQs, effects, and workflows while still keeping the footprint compact.

Finally, use the two mic and two line inputs as sources for the talkback, digital return, or any channel on the RM mixers. The two returns are shared with the monitor line outputs and headphone output. They can be sourced from any output of the RM mixer including the solo bus, main mix, or any aux mixes.

Studio Magic Plug-In Suite Included
Gives you access to seven useful plug-ins in VST, AU, and AAX formats, including the SPL Attacker (which uses the same algorithms as their Transient Designer), the Maag Audio EQ2 (which boasts a well-regarded, high-frequency air band useful for adding sparkles to vocals), a Lexicon reverb, an Eventide Harmoniser, an Eventide Stereo Room plug-in, and a bundle of physically modelled instruments from Arturia 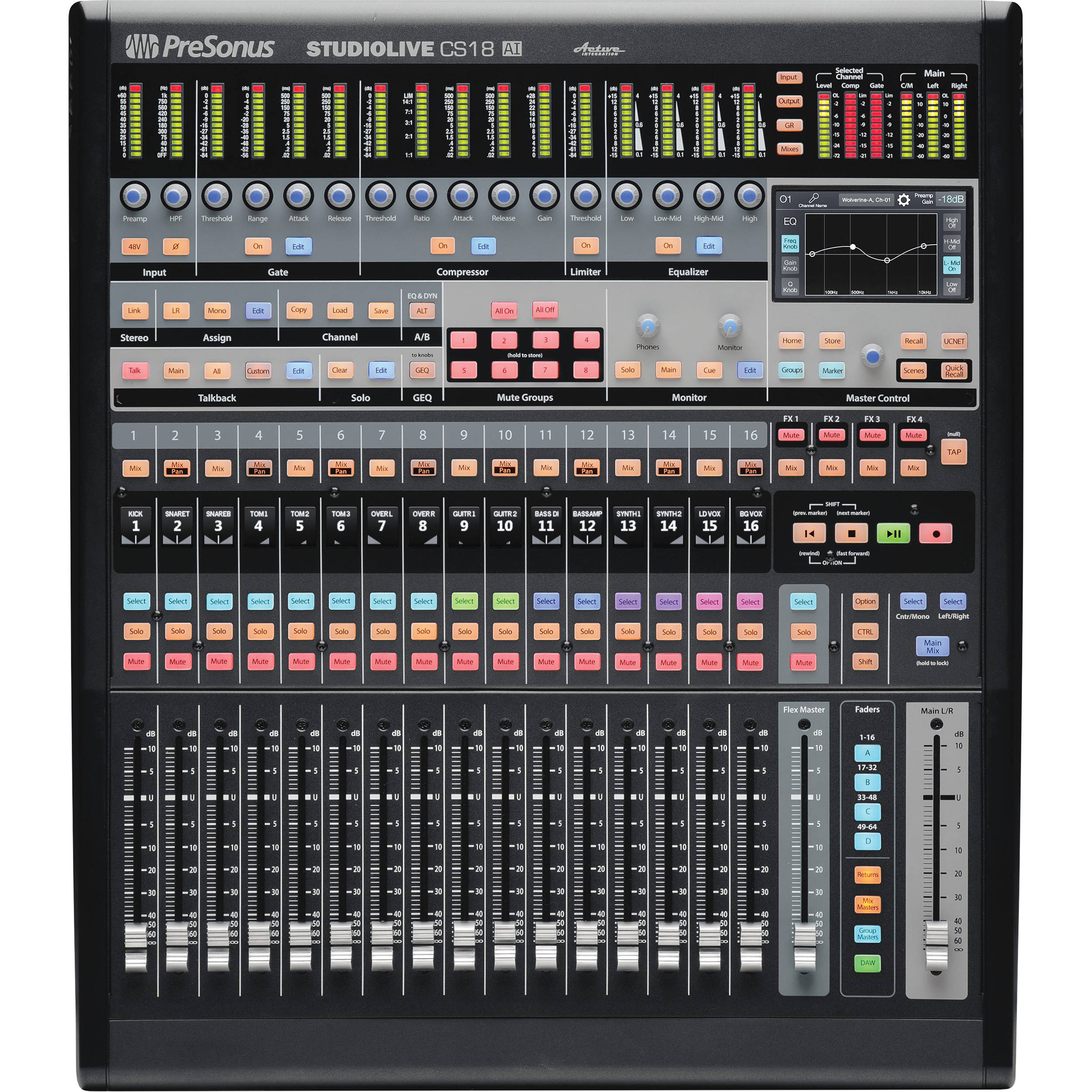