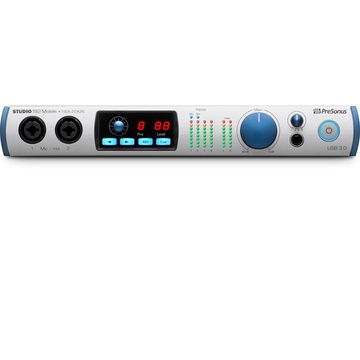 The Studio 192 Mobile from PreSonus is an ultra low-latency USB 3.0 audio interface and studio command centre with an audio sample rate of up to 192 kHz. Featuring 22 x 26 I/O and two digitally controlled XMAX Class-A mic preamps, it can be used on Mac or Window computers to provide an integrated, portable, hardware and software solution for recording in personal and professional studios.

Tight integration with the included Studio One DAW and companion Studio One Remote app for iPad provides remote control over microphone preamps and zero-latency monitor mixing from your recording environment. Switch between any two mixes using the Cue function and the onboard headphone amp. Plus, software-controlled Dim and Mono options let you take control of your main mix. Use the six balanced outputs for monitor mixing or speaker switching, or both, depending on how you work.

Finally, whether you're a producer, sound designer, an audio engineer, independent band, or all of the above, the Studio 192 Mobile was built for you to create. 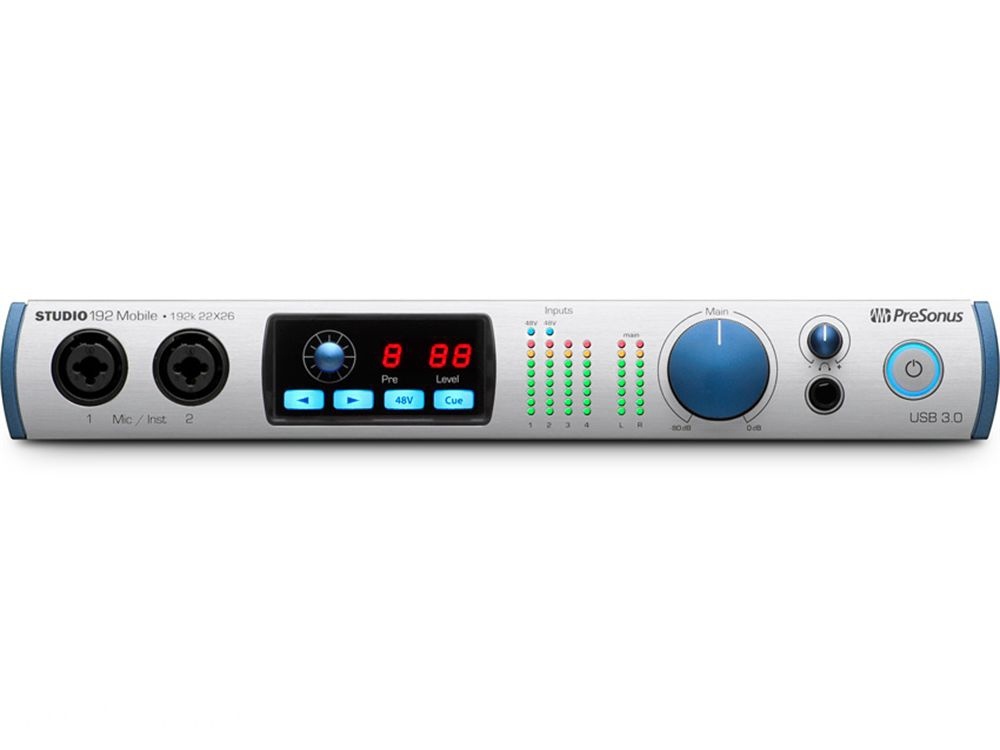