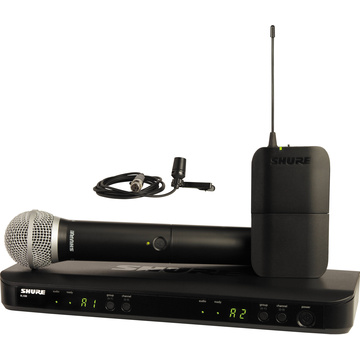 Both the BXL1 bodypack transmitter and the BLX2 handheld transmitter have a 300' line of sight operation range with the BLX88 receiver. They are each powered by two included AA batteries that can provide up to 14 hours of operation. The BLX88 receiver features microprocessor-controlled internal antenna diversity that helps prevent interference and signal dropouts. Its one-touch QuickScan feature detects the most interference-free frequency and sets the channel to it for fast setup.

The BLX2 Handheld Transmitter with PG58 Microphone from Shure is set to Shure's H8 frequency band between 518 to 542 MHz MHz and provides a 300' line of sight operating range. It is powered by two included AA batteries for up to 14 hours. It is compatible with Shure BLX wireless systems set to the same frequency band. A padded zipper case and microphone clip are included.

The BLX88 Dual-Channel Wireless Receiver from Shure is a dual-channel receiver set to Shure's H8 frequency band and operates between 518 to 542 MHz. It has microprocessor-controlled internal antenna diversity for reduced signal interference and dropouts. The one-touch QuickScan frequency selection feature allows you to quickly locate the frequency with the least amount of interference available.

Its front-panel dual-colour LED status indicator displays green for normal levels and red when clipping for fast metering. It has two XLR outputs in additional to two instrument-level 1/4" outputs. The BLX88 can be used with up to 11 other compatible systems simultaneously per frequency band.

The BLX1 Bodypack Transmitter from Shure is designed for use with Shure's BLX wireless systems. It is set to the H8 frequency band and operates between 518 and 542 MHz. It has a TQG input and can be used with Shure lavalier, headset, earset and instrument microphones. With the optional WA302 adapter cable, the BLX1 can be used as a transmitter for guitar. The unit has a top panel mounted on/off switch as well as volume control for quick access while speaking or performing. The BLX1 is powered by the two included AA batteries for up to 14 hours. 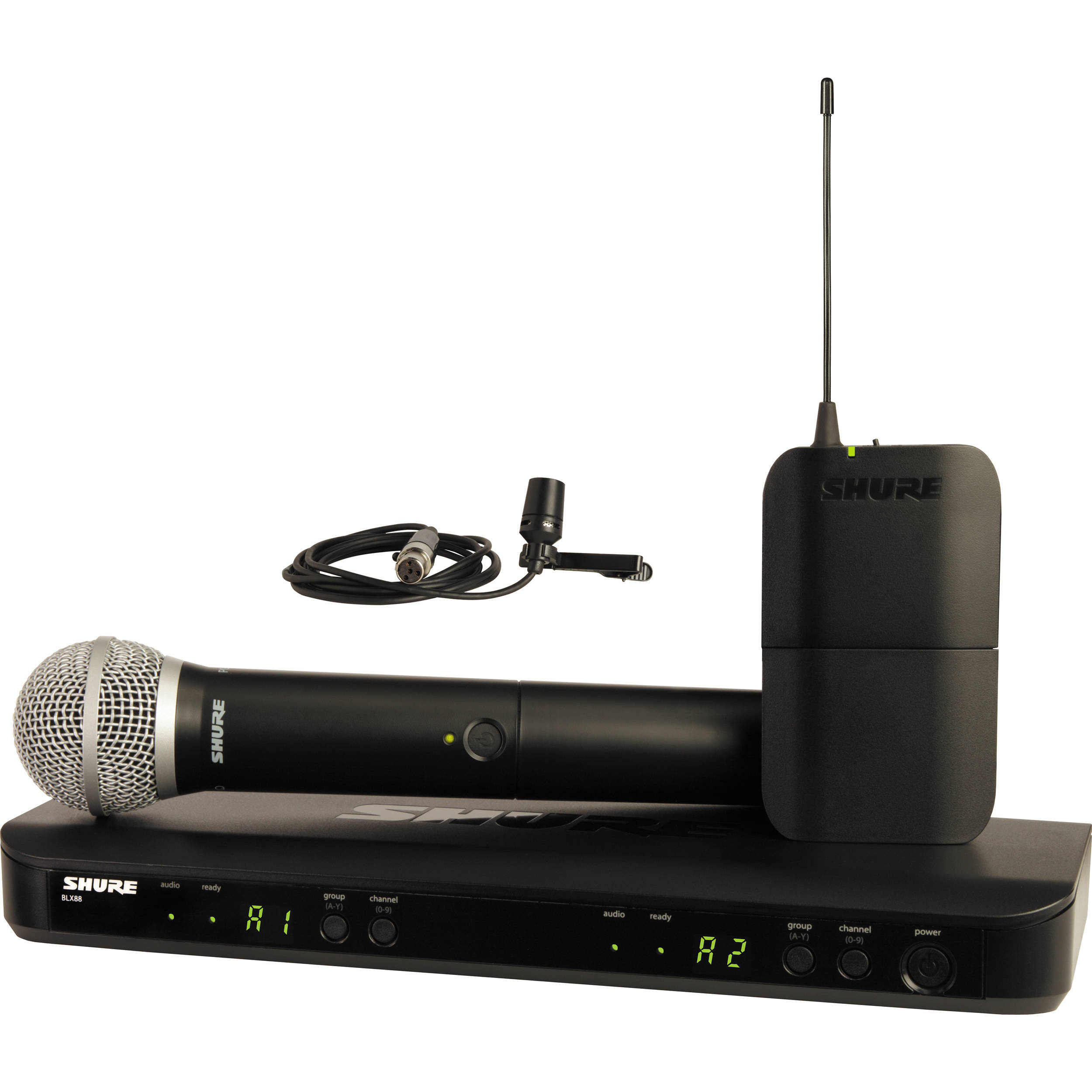