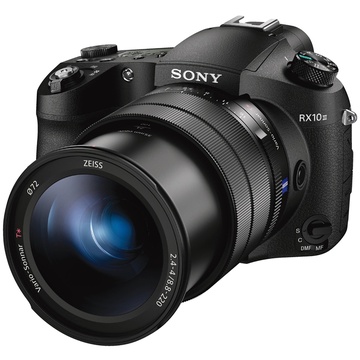 Our Price $1,989.00
Apply for finance Add to Wishlist
or 12 months interest free with

Blending fast performance with long reach, the Cyber-shot DSC-RX10 III from Sony is a versatile digital camera optimised for multimedia image-makers working in a broad variety of situations. Featuring a large 20.1MP 1" Exmor RS CMOS sensor, which utilises both back-illuminated and stacked technologies, a high degree of image quality can be attained, with notable clarity, reduced noise, and sensitivity to ISO 12800. The sensor's design also integrates a dedicated DRAM chip to provide faster readout speeds that, when combined with the BIONZ X image processor, avail fast continuous shooting up to 14 fps. This also helps to reduce unwanted distortion caused by rolling shutter, and permits recording UHD 4K30 video internally, as well as slow motion Full HD 1080p video at 960 fps. Equally as impressive as the imaging capabilities, the RX10 III is also characterised by its 25x Zeiss Vario-Sonnar T* zoom lens, which spans an impressive 24-600mm equivalent focal length range and uses Optical SteadyShot image stabilisation to minimise the effects of camera shake. Its optical design incorporates eight extra-low dispersion elements and six aspherical elements to control a variety of aberrations throughout the zoom range, and its f/2.4-4 maximum aperture range benefits working in low-light conditions. Mixing speed and reach, the RX10 III is well-suited to the photographer or videographer looking for the all-in-one camera to handle a variety of working situations.

Beyond the imaging capabilities, the camera is also notable for its robust physical design that includes both a 2.36m-dot OLED electronic viewfinder along with a tilting 3.0" 1.228m-dot LCD monitor. The intuitive design also features three dedicated control rings on the lens-a zoom ring, a manual focus ring, and an aperture ring-and the aperture ring can be de-clicked for smooth, silent aperture adjustments. The magnesium alloy body is also weather-sealed to permit working in trying environments. Additionally, for sharing and control flexibility, built-in Wi-Fi with NFC is also available for wireless image sharing and remote camera control from a linked smartphone or tablet.

20.1MP 1" Exmor RS BSI CMOS Sensor and BIONZ X Image Processor
A large 1" 20.1MP Exmor RS CMOS sensor pairs with the BIONZ X image sensor to realise a high degree of image clarity with reduced noise levels to support working in a wide array of environments with sensitivities up to ISO 12800. The Exmor RS sensor employs a unique stacked structure with a back-illuminated design for efficient light gathering abilities, as well as faster performance. The design also incorporates a dedicated DRAM chip on the back of the sensor to facilitate quick image processing in order to boost signal capacity and readout speeds for quick continuous shooting, up to 14 fps with reduced blackout, and slow motion video recording at up to 960 fps. An Anti-Distortion Shutter is also a product of the fast readout speeds, and helps to greatly reduce unwanted distortion caused by rolling shutter effects.

The sensor and processor also contribute to fast autofocus performance that benefits both stills shooting and video recording. This Fast Intelligent AF system is able to achieve precise focus in as little as 0.09 seconds to suit working with quickly moving subjects. By continuously tracking and assessing subjects, the focusing system is able to quickly lock onto subjects prior to half-pressing the shutter button and a subject detection algorithm then intelligently predicts the proper point of focus to aid in acquiring sharp imagery of moving subjects.

Pairing with the imaging assets, the RX10 III is most distinctly characterised by its expansive 25x zoom lens. This Zeiss Vario-Sonnar T* lens spans a 24-600mm equivalent focal length range, and has a variable maximum aperture of f/2.4-4 for adept performance from wide-angle to super telephoto. The optical design incorporates five extra-low dispersion elements, two extra-low dispersion aspherical elements, and one Super ED element to control a range of chromatic aberrations throughout the zoom range for increased clarity and colour accuracy. An advanced aspherical (AA) element and five aspherical elements are also featured to reduce spherical aberrations for improved sharpness and resolution. Additionally, the esteemed Zeiss T* anti-reflective coating has been applied to individual elements to reduce flare and ghosting for increased contrast when working in strong lighting conditions.

Complementing the lens' reach, Optical SteadyShot image stabilisation also helps to minimise the appearance of camera shake by up to 4.5 stops for sharper handheld shooting. The lens also sports a rounded nine-blade diaphragm to produce smooth bokeh, and, despite its long reach, can also focus as closely as 1.2" with a 0.42x maximum magnification for working with close-up subjects.

UHD 4K Video Recording
Internal video recording is possible in a range of resolutions up to UHD 4K30 as well as high-speed recording in Full HD 1080p at 120 fps. Recording is done using full pixel readout, without pixel binning, in order to avoid the occurrence of moiré and jaggies, and the fast readout speeds of the sensor help to avoid moving subject distortion due to the effects of rolling shutter. Both 4K and Full HD recording is possible in the 100 Mbps XAVC S format, which is contained within an MP4 wrapper, with 4:2:0 colour sampling when recording internally, or 4:2:2 sampling with the use of an optional external recorder via HDMI output.

Beyond UHD 4K recording, the RX10 III also makes use of the fast readout speeds by way of availing a range of high frame rate (HFR) recording settings, with the ability to record Full HD movies at up to 960 fps for 40x slow motion playback. 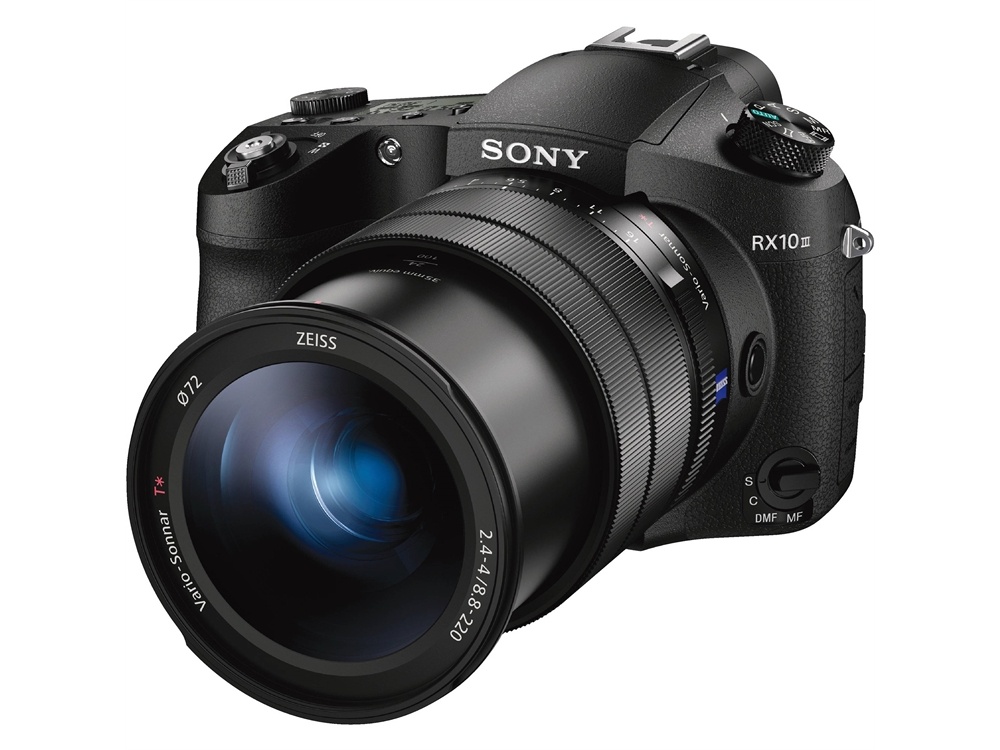