0
×Please note our warehouse and Wellington branch will be closed on Monday 25 January for Wellington Anniversary Day. Orders of in-stock items placed after 1pm on Friday 22 January will ship on Tuesday the 26th.
Sony HVL-LBPC LED Battery Video Light
Product #19586 | SKU HVL-LBPC
Usually ships in 4 - 6 Weeks
what does this mean? 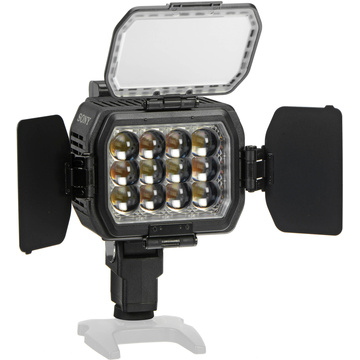 The Sony HVL-LBPC is a high-intensity, variable-colour LED light designed to provide a wide spread for wide-angle shooting with Sony NXCAM and XDCAM camcorders. It comes with a Multi-Interface shoe adapter that allows you to attach it directly to these cameras. (A desktop stand is also included for off-camera use.)

The beam angle is 69°, and brightness is adjustable to up to 1,800 lux at 1 m using a dial on the side. You can additionally set a "Brightness Booster" switch to "On" and the brightness will increase to 2100 lux, just at a higher power consumption. The brightness is uniform across the entire spread. Barndoors allow you to add some control over the spread, and a flip-down diffuser lets you soften shadows and reduce contrast. Colour temperature is adjustable between 3200K tungsten and 5600K daylight via another dial on the side.

The light is battery-operated and supports L-series and BP-series batteries (sold separately). It runs approximately three hours of operation using an NP-F970 L-series battery, but also features a standby mode in which power consumption is only 0.1W or less. When attached to the camera's Multi-Interface shoe, power on/off can be controlled in sync with the camera's power on/off status or based on the camera's record start/stop status.

Another feature of the light is its high bulb life capacity of 10,000 hours. 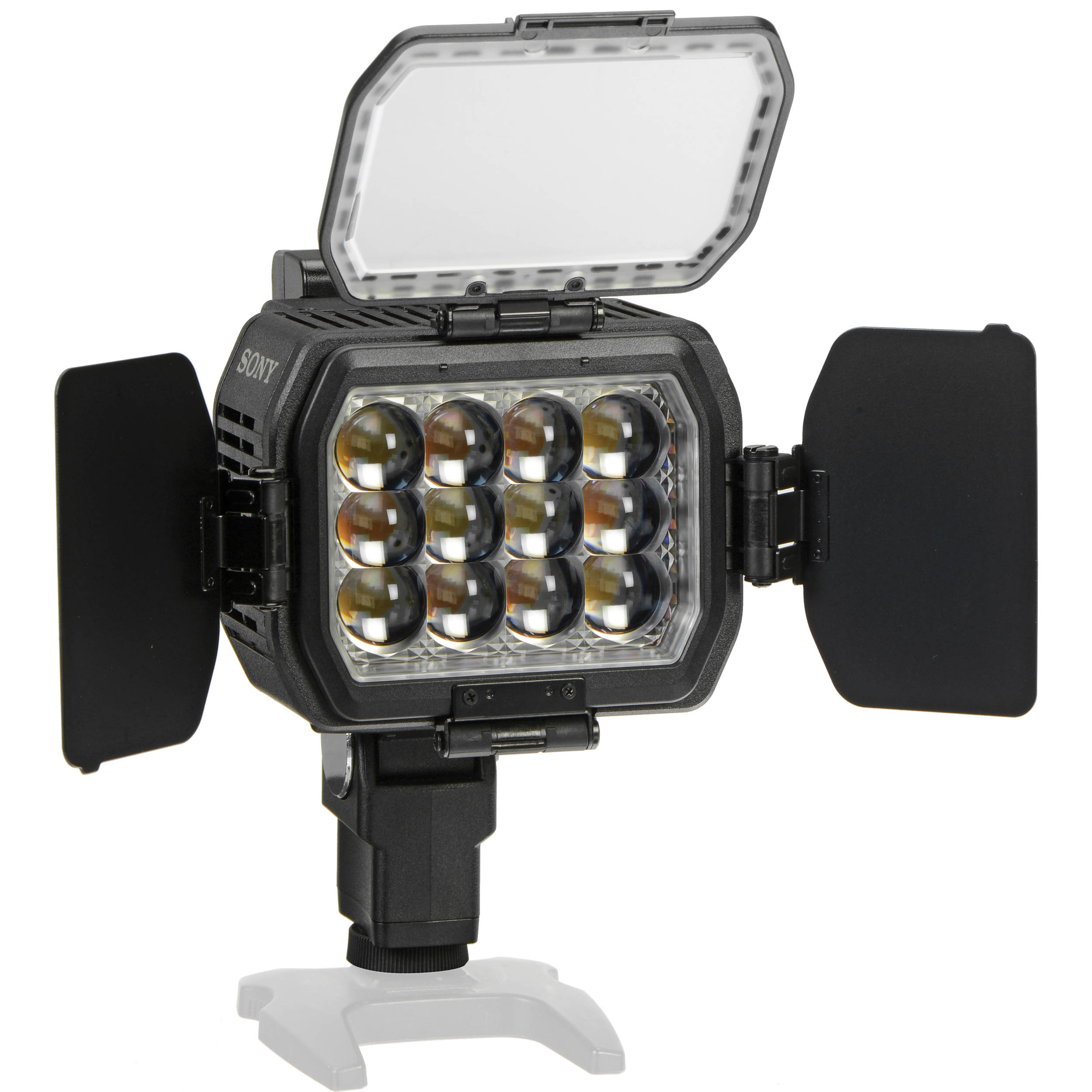