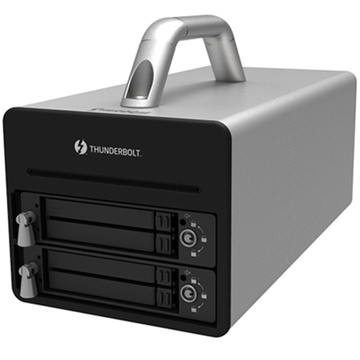 Stardom’s DX4-TB2 4 Bay Thunderbolt 2 ready model not only gives you 20 Gbps/s speeds but also the data protection to match. With the new RAID X mode, your RAID setting won’t impact performance, RAID X is designed to give you the data protection of RAID 6 combined with the performance of RAID 0. Traditionally when rebuilding a RAID performance tends to drop quite substantially, the DX4-TB2’s background rebuilding feature pushes past this limitation, allowing you to keep a stable data transfer rate while rebuilding the RAID. Locking mechanisms on typical multi-bay devices can sometimes be fragile, so pulling out a tray even when it’s locked is still possible and can have disastrous effects on your RAID and data. The double locking mechanism on the DX4-TB2 helps reduce the likelihood of accidental disc removal helping to protect your data and stop your RAID from degrading. 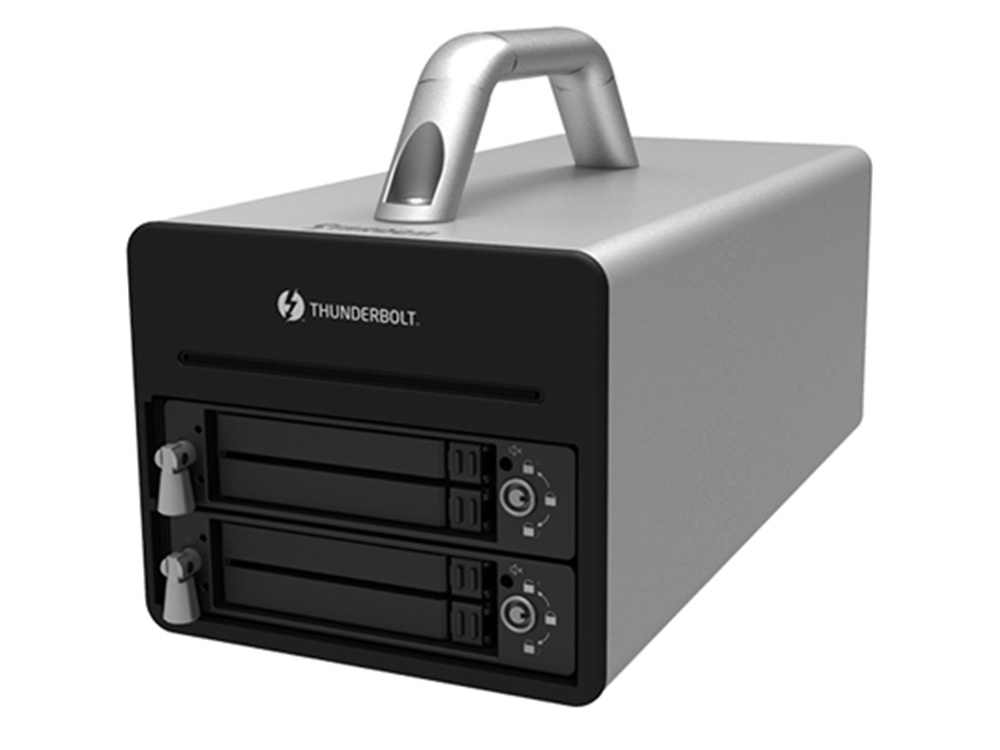