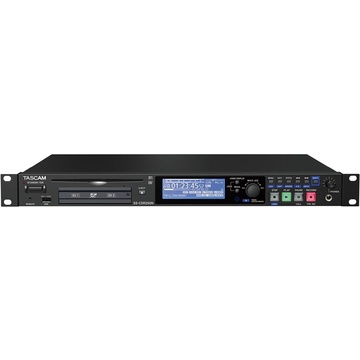 Product #65775 | SKU TASCAMSSCDR250N
In stock with supplier Usually ships in 2 - 3 working days
what does this mean?

The Tascam SS-CDR250N Two-Channel Networking CD and Media Recorder is a solid-state recorder that features networking and can accept an optional IF-DA2 Dante card for integrating into any commercial environment. It can be used in broadcast and contractor installation markets, and records in WAV, MP3, SD/SDHC/SDXC, USB memory, and CD application formats.

Built with parallel and RS-232C serial control, along with up to 20 tracks of flash start, the media recorder provides balanced and unbalanced I/O, and coaxial digital I/O. These unique features make the SS-CDR250N Two-Channel Networking CD and Media Recorder an ideal one rack-space media solution. 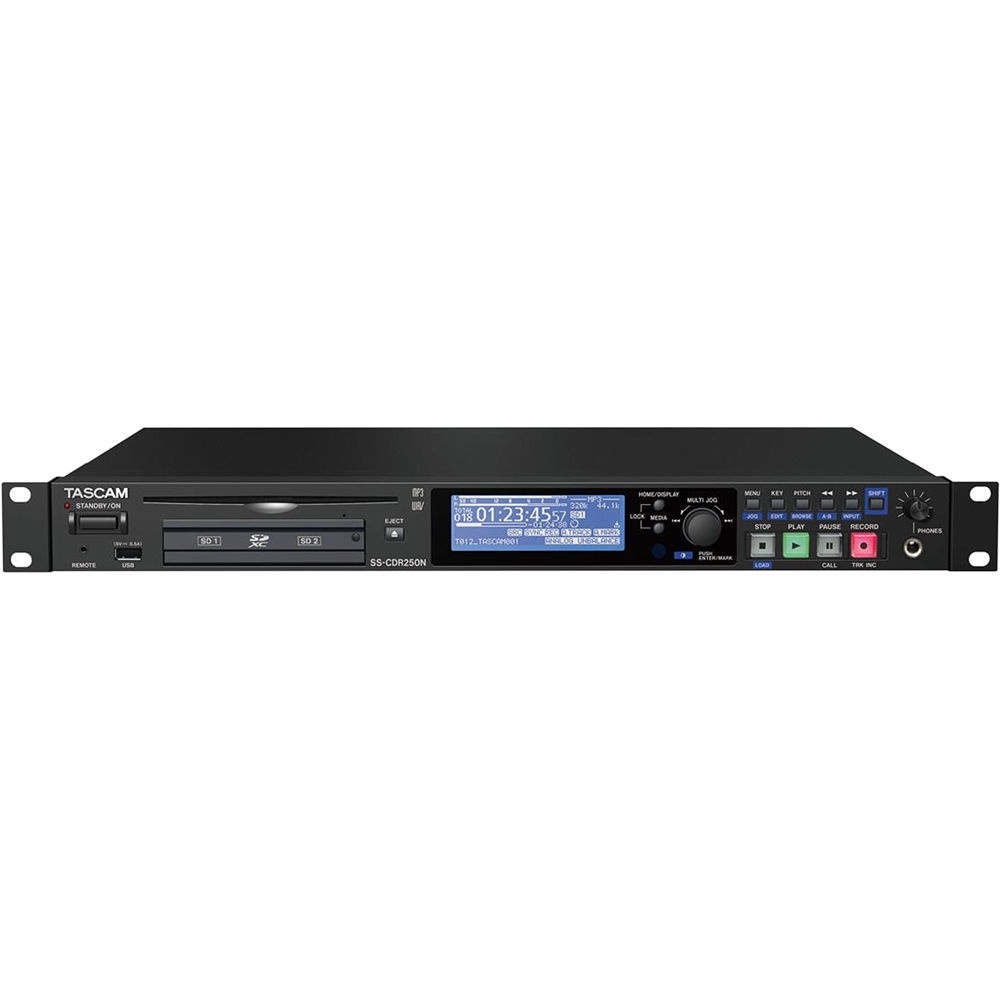