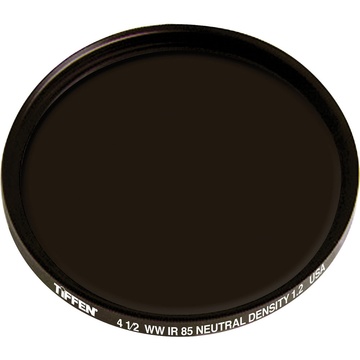 This is the 4.5" Round Combination 85/IRND 1.2 Filter from Tiffen. What do you do when you must take some photos outdoors and all you have left is a tungsten film? Using tungsten film in daylight will produce a bluish cast in the photograph. The 85 series of filters will "bring back," that is, colour balance the tones in your images. This yellow filter is used to correct differences in colour temperature between the recording medium (film/video) and the light source.

Colour shift is a critical factor in digital photography, especially when dealing with the infrared spectrum, and even more important when shooting with HD technology.  Unlike traditional film cameras, CCD or CMOS sensors of a digital camera are, by nature, susceptible to infrared contamination. Manufacturers try to avoid this problem by incorporating an infrared-absorbing filter on top of the image sensor. Because these filters do not have a sharp cutoff at the infrared wavelengths there has to be a compromise in order not to exclude visible red wavelengths. Despite these precautions, some infrared wavelengths pass through, resulting in contamination of the image. This filter delivers the best of both worlds: Colour balance as well as minimising infrared contamination.

A neutral density filter has several uses and offers the possibility of achieving otherwise unachievable results. It enables the shooter to adjust exposure without affecting colour balance. An ND filter appears grey and reduces the amount of light reaching either the sensor of a digital camera or the film plane of a traditional film camera.

Neutral density filters are used to create some unusual special effects such as capturing the "blur" of the rippling water of a waterfall or the swirling effect of city traffic. Since this type of filter allows the use of slower shutter speeds in bright light, it becomes possible to create these special effects that would normally not be possible to capture without the filter. And, since it can also help to control your depth of field, it permits you to shoot at wider apertures. Ultimately, its value is in helping to prevent bright, overly washed-out images shot in bright light.

A 1.2 (4-stop) neutral density filter is useful when shooting in exceptionally bright light with fast ISOs. At this point, anything passing through the shot begins to slow down to an appreciable degree, e.g., running water appears to blur.

Water White glass, using Tiffen’s ColorCore technology, is characterised by a high transmission quality. Typically, it will transmit 98-99% of the light. It also features an anti-glare and anti-reflective quality that makes it useful in a wide range of situations, including the movie theatre industry and store and art displays. The glass is virtually defect-free and is becoming more and more prevalent in digital equipment. 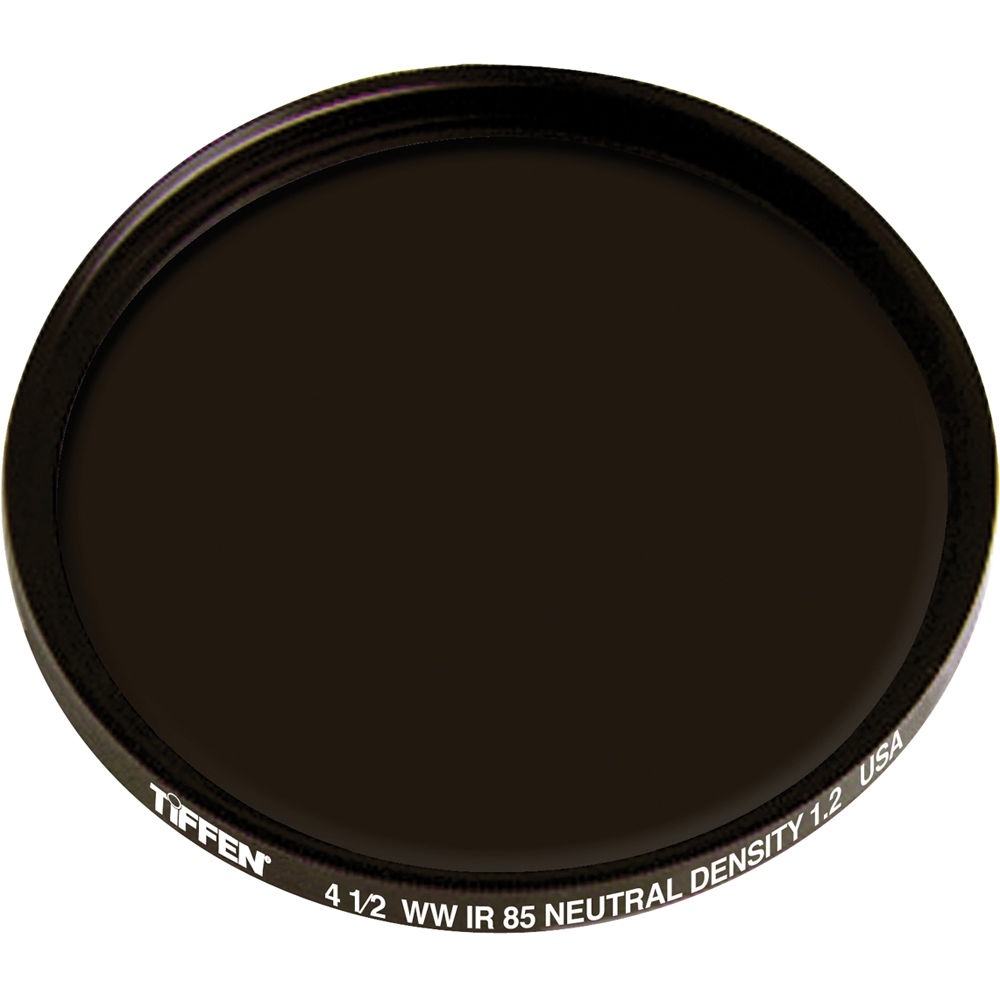