0
×Christmas cut-off: orders of in stock items placed before 1pm on Monday 21 December will be shipped in time to arrive before 25 December.
Tiffen 55mm 4pt/2mm Grid Star Effect Filter
Product #66203 | SKU 55STR42
In stock with supplier Usually Ships in 2 - 3 Weeks
what does this mean? 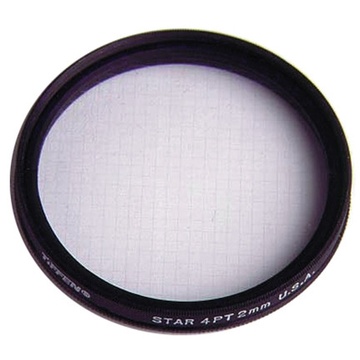 The 55mm 4pt/2mm Star Filter from Tiffen creates multiple points of light, or "stars," streaking outward from a central light source.  This filter comes in a rotating mount for critical placement of the star effect.Wedding photographers will especially appreciate the value of this filter. When it comes to special effects shots, why not offer your client a table shot of the menu or invitation next to a glowing, star-filled candle? Shooting at night? Make that street lamp take on a different, more dramatic appearance by using the star filter. Any point light source will achieve the effect.

Tiffen's ColorCore glass is produced through a process that entails permanently laminating the filter material in between two pieces of optical glass that are ground flat to tolerances of a ten-thousandth of an inch, then mounting them in precision aluminium rings. 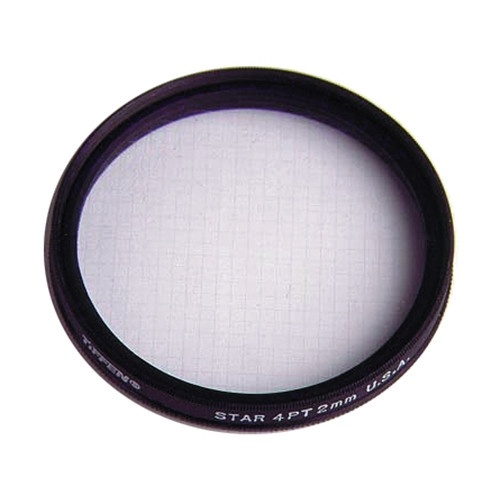