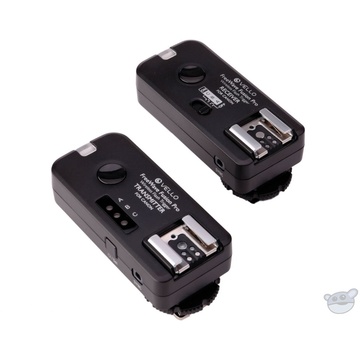 The FreeWave Fusion Pro Wireless Flash Trigger and Remote Control for Canon DSLRs from Vello is a versatile, reliable remote control kit that will trigger off-camera flash units and studio lights from up to 183 m away. It can be used to configure up to three different light groups, which can be triggered individually or simultaneously, for a total of seven different combinations, using its multiple groups feature. Simultaneous triggering of multiple lights requires separate purchase of additional FreeWave Fusion Pro Receivers.

The FreeWave Fusion Pro also provides the convenience of a wireless camera shutter release, ideal for photographing wildlife, and also for macro and close-up photos or long exposures, where the slightest camera movement can ruin a picture. Working on the 2.4 GHz frequency gives you reduced radio interference and an extended range up to 183 m, and since radio signals pass through obstructions you don't need to position them in line-of-sight. Four RF channels are available to prevent interference from other users.

Multi-Purpose
Use as an individual or group wireless flash trigger, and/or as a shutter release remote trigger.

Multiple Groups
Configure up to three different light groups and up to seven different group combinations.

Flash Sync Speed up to 1/200 sec
Take advantage of sync speeds that match the rating of your camera all the way up to 1/200 sec on compatible cameras.

TTL Pass-Through
The transmitter features a top hot shoe, which fully supports TTL metering when used with TTL compatible components. This pass-through feature allows you to fire both TTL-controlled flash units controlled by the camera and manual units triggered by the transmitter, at the same time.

Flash Wake Up
Simply depress the trigger button on the transmitter half-way to pull the flash out of sleep mode. Sleep mode allows the flash to power down in between shooting sessions to extend battery life. The wake-up function is only available when used as part of a complete Canon TTL system. The wake up function can be switched off for flash units without a sleep mode.

Versatile
One receiver works with multiple camera and light models. Just swap out the connecting cables. 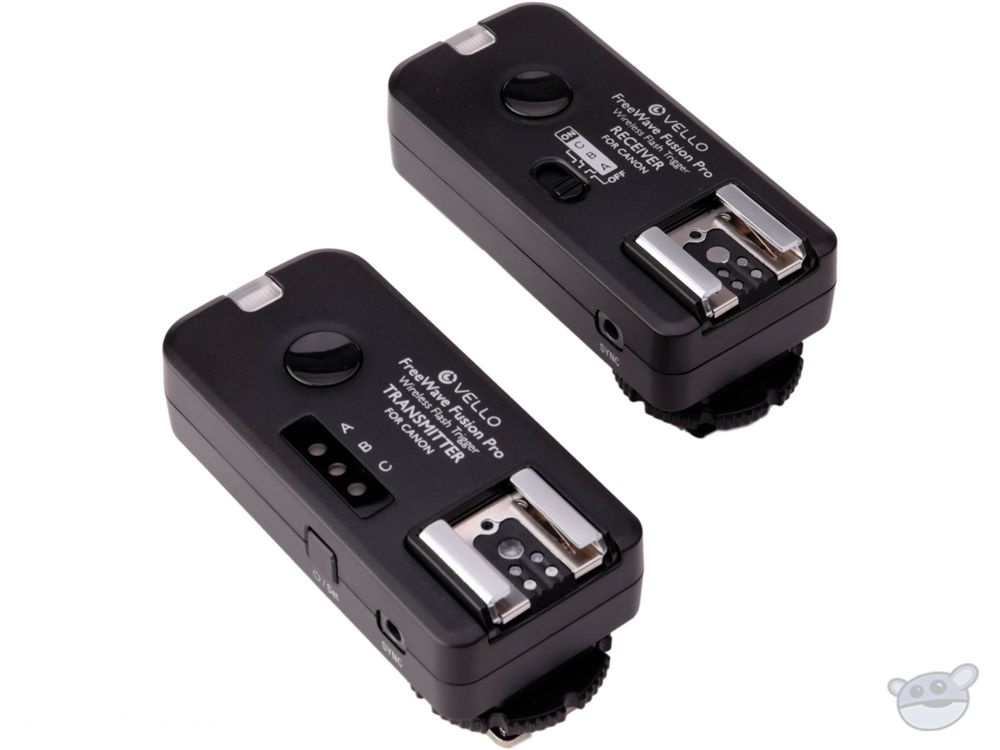