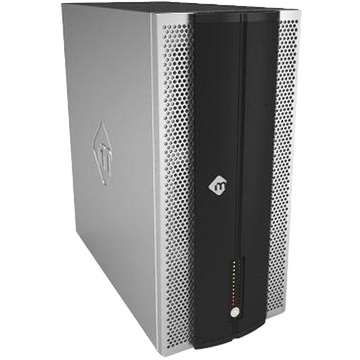 The mSAN 12 12-Bay Thunderbolt 3 Shared Storage Solution from mLogic is a storage area network (SAN) that accommodates up to four directly-connected Windows or Mac systems via its four Thunderbolt 3 ports, which is expandable to 16 systems using its SAS expander port. The Thunderbolt 3 ports can also be used for daisy-chaining up to six Thunderbolt devices, including dual 4K displays or a single 5K display.

Powered by a 1.2 GHz RAID-on-Chip Dual-Core processor and 2GB of DDR3 RAM, the mSAN 12 has twelve drive bays that support 3.5"/2.5" SAS-2 or SATA III 6 Gb/s hard drives and SSDs. Users will be able to configure this RAID with just hard drives, just SSDs, or mix and match the two for data transfer rates up to 2600 MB/s. Once installed, these twelve drive bays can be configured in a variety of hardware-controlled RAID modes, including RAID 0, 1, 5, 6, and 10, each of which offers performance, data redundancy, or a combination of both. For those who do not require a RAID, JBOD is also available.

mLogic's mSAN 12 is cooled using a single fan and is powered by an internal power supply. Included is a Thunderbolt 3 cable, twelve removable drive bays with hardware, and a power cord, as well as full versions of Hedge and KYNO software, and mLogic's RAID Manager app. Protection is provided by a limited 3-year warranty.

Please be aware that this 4-seat shared storage solution requires SAN software, such as Tiger Store or Apple Xsan, and a Windows or Mac metadata controller (MDC) to enable sharing.

The mSAN 12 is a shared storage system that enables up to four computers to directly attach via Thunderbolt 3, thus empowering collaborative workflows. The mSAN 12 can scale to support up to 16 host systems.

The mSAN 12 features twelve removable drive bays that support either 2.5"/3.5" SAS-2 or SATA III 6 Gb/s hard drives or SSDs. Simply add your own hard drives, SSDs, or a combination of both. When SSDs are installed, it is possible to achieve data transfer rates of up to 2600 MB/s.

The mSAN 12 supports a variety of hardware-controlled RAID modes, including RAID 0, 1, 5, 6, 10, and JBOD. The dedicated 1.2 GHz Dual-Core RAID-on-Chip processor with 2GB of DDR3 RAM offloads RAID processing from the host system, helping to ensure stable and high-performance data transfers. Setting up a RAID set is user-friendly using the included mLogic RAID Manager.

The mSAN 12 is equipped with a SAS expander port and 40 Gb/s Thunderbolt 3 ports that enable the daisy chaining of up to six Thunderbolt devices, including dual 4K displays or a single 5K display. 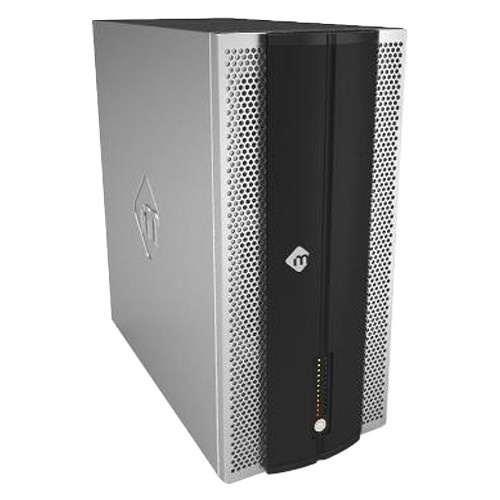