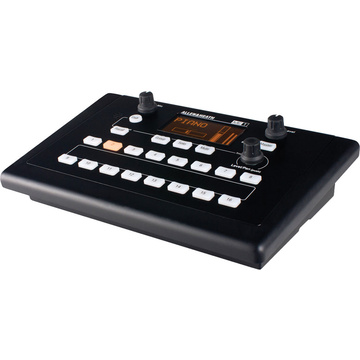 The Allen and Heath ME-1 Personal Monitor Mixer is designed to give individual musicians, performers, and presenters the freedom to control their own tailored monitor mixes for use on stage or in houses of worship, rehearsal rooms, studios, conferences, or live events.

This standalone digital personal mixer receives input from up to 40 sources via a single CAT5 cable (sold separately) from the main console (sold separately) and mixes these to a stereo and mono output to drive headphones, in-ear monitors, loudspeakers, or other monitoring devices over 3.5mm or 1/4" outputs. The mixer features a simple user interface with intuitive, clear visual feedback, and custom naming system.

This mixer is the cornerstone of the ME Personal Mixing System (sold separately) and is ready to use with the Allen & Heath iLive and GLD series Digital Mixers. It is complemented by the ME-U Hub (sold separately), which opens up the benefits of ME to users of other professional digital mixers via the Dante AVB-Ready Audio Networking Solution, EtherSound Audio Network Card, or MADI Audio Plug-In Card (all sold separately).

It also has an Aviom compatibility mode for use with Aviom Pro16 systems. You can eliminate the need to use up main console buses by grouping the 40 channels within the mixer to simplify control for each musician. You can assign as few or as many of the 16 keys as needed to control the mix.

16 User Presets
Stores and recalls level, pan, mute, and key assignments at the push of the button with the option of saving preset parameters to a USB key for use with other units

Groups
Enables mixing up to 40 sources with only 16 keys

Custom Naming
Displays custom names for all channels and groups and automatically names sources from stream when connected to an Allen & Heath GLD system using dSNAKE (both sold separately), it does the work for you by automatically picking up source names from the stream.

Rotary Control Knob
Navigates all of the mixer's commonly used functions and menus, including the input control of level and pan, group control of master level, level/pan for each member of the group, control of master AEQ and limiter, and the global trim

Built-In Ambient Mic
The ambient mic keeps the musicians in touch with the stage sound and lets them hear the audience and communicate with each other without the need to pull out their ear pieces. The local mic level is independent of the master level control

GLD System and ME-1 Mixer Compatibility
Connects to the monitor port on the AR2412 Main AudioRack or any other available dSNAKE or Expander port in a GLD system (sold separately). Channel names and stereo linking are automatically picked up from the digital stream. Off-the-shelf Ethernet switches (sold separately) can be used for star topology connection of the ME-1 mixer. If the switch supports PoE, the mixer unit can be conveniently powered via the CAT5 cable, thus removing the need for local PSUs 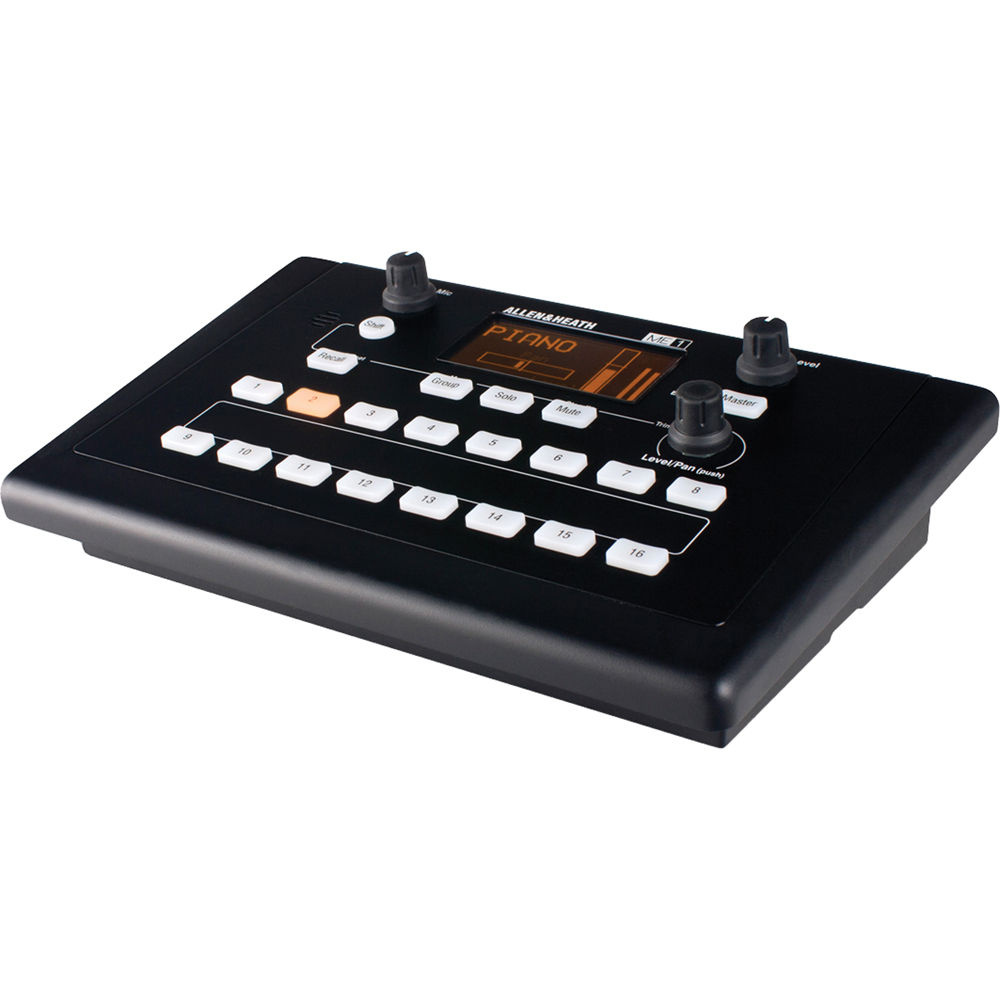