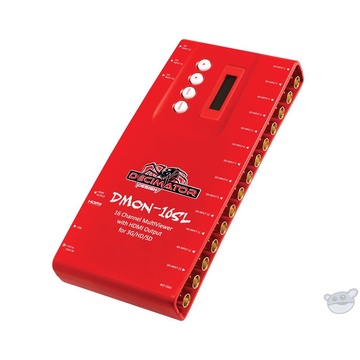 Make an HDMI screen an SDI multiview monitor with DECIMATOR 's DMON-16SL 16-Channel SDI Multiveiwer . The DMON-16SL has a built-in interface so it can be controlled without needing a computer. Adjustments can also be made via a computer connected with the included USB cable. Having both of these interfaces precludes the need for obscure LED status lights or complicated DIP switches.

The DMON-16SL features 16 SDI inputs which support SD,HD, and 3G-SDI standards. Inputs have auto-detection so video streams are displayed correctly. Each input is separate from the others, allowing multiple video frame rates and resolutions to be displayed simultaneously when running as a multi-viewer. The on-screen layout can be changed to display the windows in the position and size of your choosing. A pass-through mode will show only a single input on the display at a time, scaling the video to match the resolution of your display. 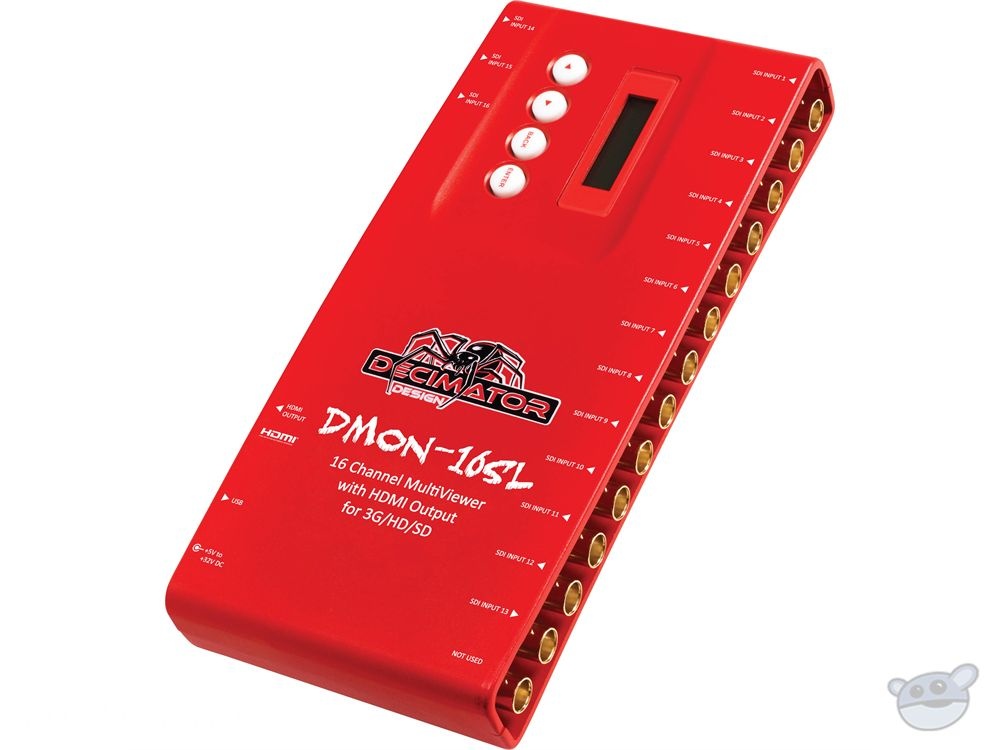