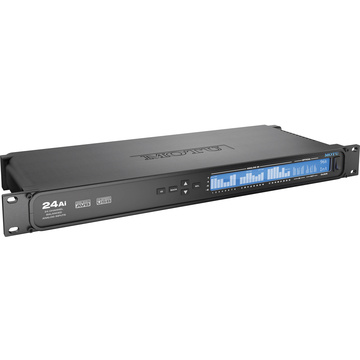 The 24Ai from MOTU is a single rack space USB 2.0 interface with industry-standard AVB networking for sub-millisecond network latency, and offers twenty-four channels of analog audio input combined with three banks of ADAT optical, for a total of seventy-two channels of I/O. The unit connects to a computer through USB 2.0, which provides more than enough bandwidth for the twenty-four analog channels, and when connected through AVB networking, supports hundreds of network channels.

All devices on an AVB network can stream audio to and from a computer, and everything can be controlled simultaneously from any computers, tablets, and smart phones connected to the network. The interface delivers excellent analog performance with digitally controlled analog trim on the analog inputs, and includes a forty-eight-channel software mixer modeled after large format mixing consoles, DSP effects with 32-bit floating point precision, flexible matrix-style routing and splitting, stand-alone operation, and Wi-Fi control. 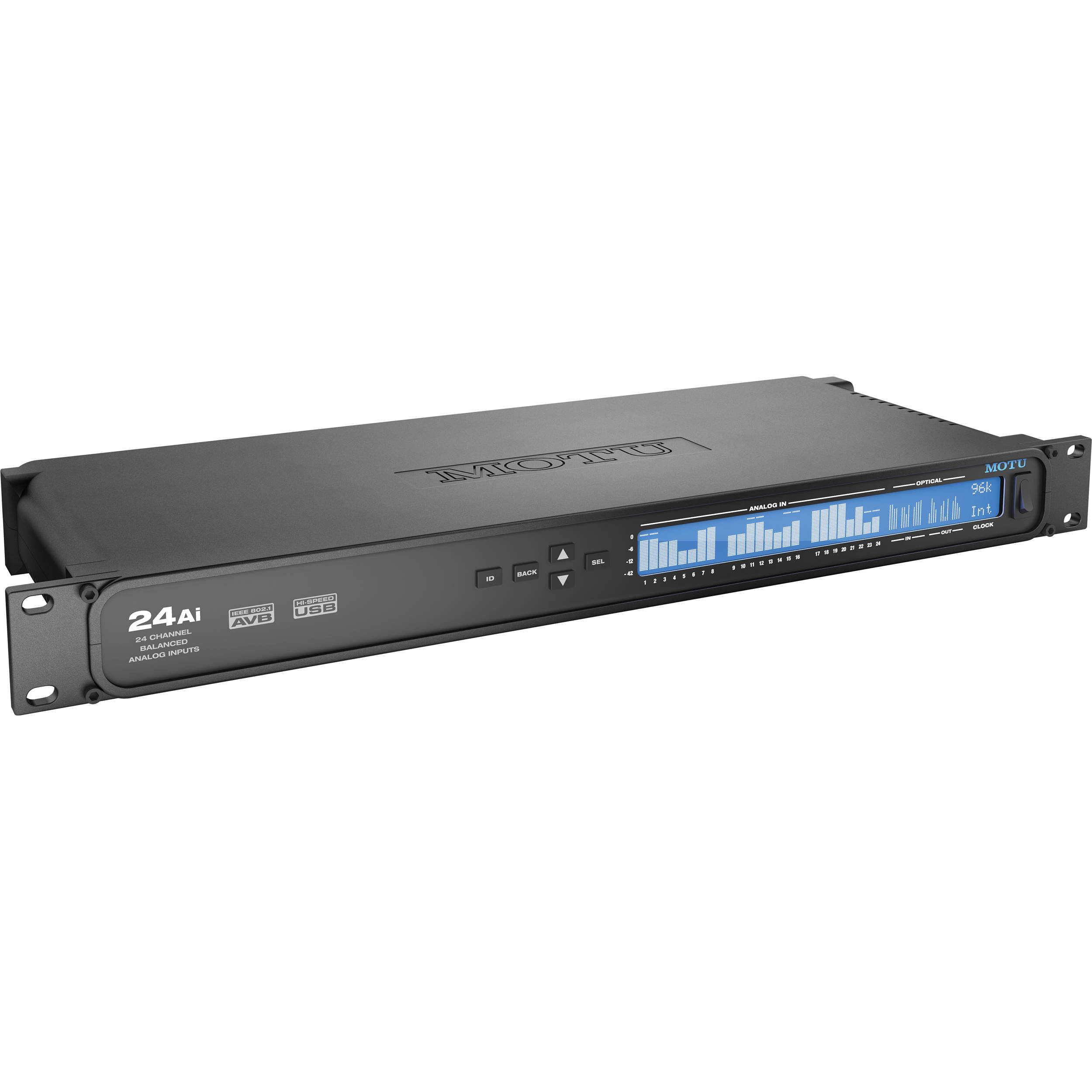