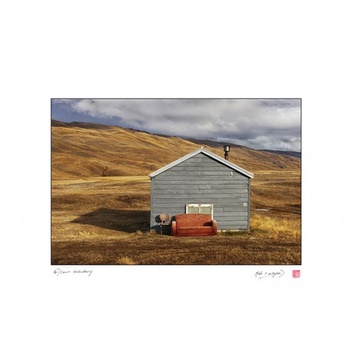 Product #40894 | SKU PRINTNVALLEY
Usually Ships in 4 Weeks
what does this mean?

Stunning monochrome print printed on Fine Art A3+ paper, hand Signed by photographer Mike Langford with a certificate or authenticity.

From the Photographer: The red couch is a photograph of a miners crib in the Nevis valley, Central Otago. It is one of several cribs that makes up a small mining community that worked the gold seams of this valley in the early nineteenth century. For a short time, the owners of this crib left a red couch against the western wall. Year by year the couch slowly disintegrated,hammered by the harsh climate, until one day it was just no longer there. The window frame was another piece of intrigue, as it was never actually attached to the building and like the couch - it also one day just disappeared. It’s one of my ‘Vanishing Landscapes’ series.

Shipped in a heavy duty cardboard tube to ensure it arrives in pristine condition. 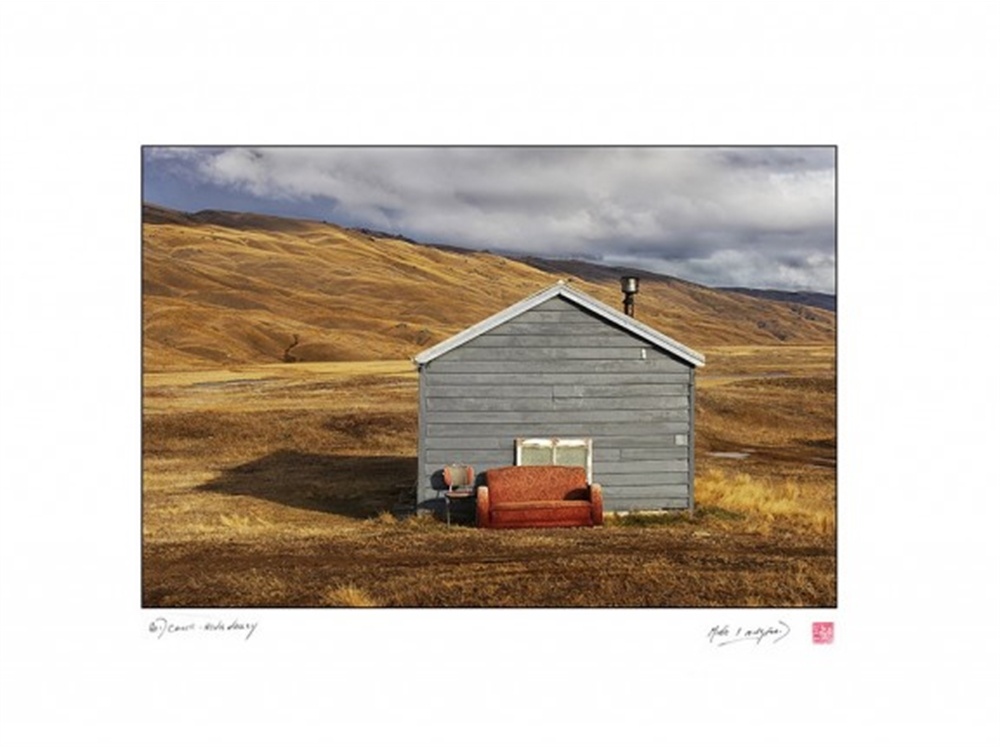