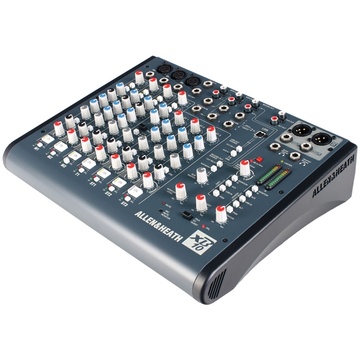 The XB-10 by Allen & Heath is a compact broadcast mixer designed for self-operated broadcast applications in small radio and internet studios, as well as larger facilities with multiple rooms.

It offers a host of features such as a telephone-communication (Telco) channel, ON switch logic for automatic muting of speaker outputs, start/cue outputs for CD deck-transport control, separate headphone mix & output for guests, built-in mic compressors, output limiter, and more.

The XB-10 audio circuitry employs three mic/line channels equipped with high-gain preamps, 3-band EQs to help cut sibilance & lower popping noise, and 2-band EQs for use with music. Each mic pre is equipped with a compressor, and a limiter on the main output ensures that the final mix does not exceed predetermined level.

The full-duplex USB sound card offers playback and record to & from a computer as well as voice over IP (VoIP), and it's compliant with Mac & Windows core audio drivers.

Output Limiter
The main output on the XB-10 is equipped with a variable limiter to ensure that the final mix to air does not exceed a pre-defined level. The limiter can be selected or bypassed with a switch located on the back panel.

MusiQ AEQ
The XB-10 is equipped with a 3-band equaliser circuit on each mono input and a 2-band AEQ on the Telco & stereo channels. The frequency and response of each AEQ is optimised for a wide variety of sound sources.

USB
The stereo bi-directional sound card offers playback and recording to and from a computer. The Telco channel can be used directly from the USB connection, and callers can be accessed via Skype or similar VOIP applications. The USB 1.1 audio codec is compliant with USB 2.0 ports and Windows & Mac core audio drivers.

Telco
The dedicated Telco input channel features a selectable clean-feed output (LR PGM or Aux), a 100 Hz HPF, and a 2-band shelf AEQ. The Talk button allows for off-air conversation with the caller.

Remote Control
The XB-10 has a 25-way D connector on its rear panel to allow for a number of extra functions. The mic and Telco channels have ON switch logic used to remotely control external equipment. They can also be remotely muted from studio-located mute or cough switches (available separately). The stereo channels have start and cue logic outputs used to operate external equipment such as CD players. 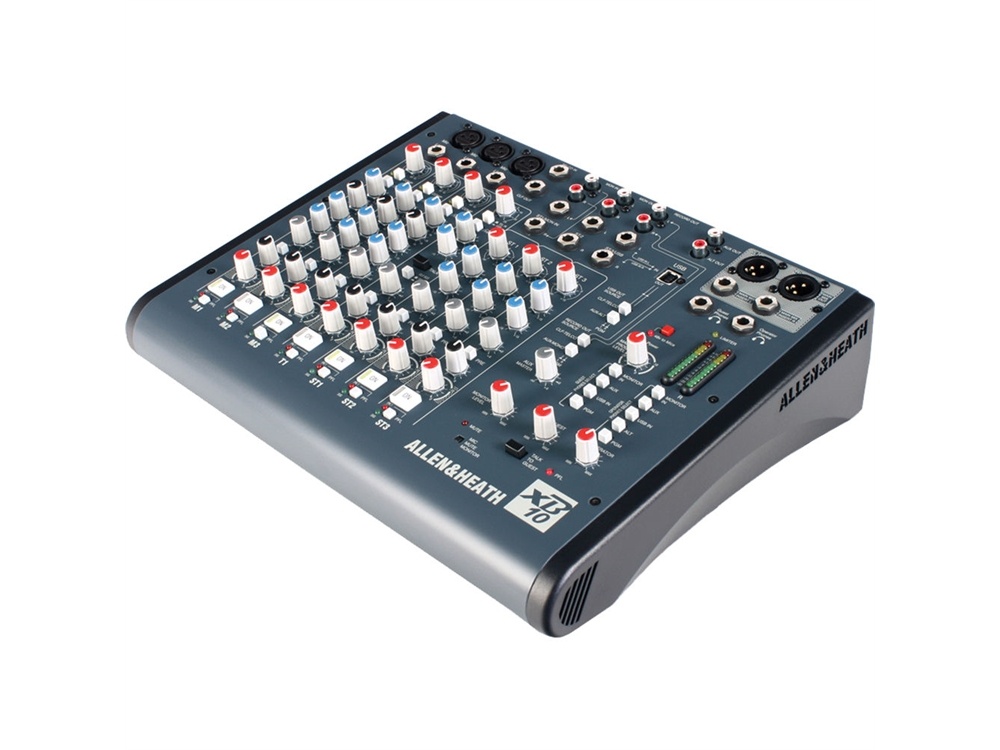