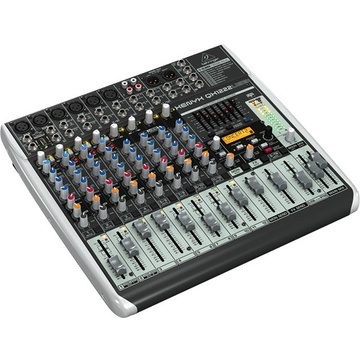 It is suitable for small and medium-sized audio projects. There are two aux sends on every channel (which enable you to route individual channels to stage monitors or external effects), and two stereo aux returns. Every channel features a 3-band British-style AEQ with a swept mid, which can really help you make vocals and instruments stand out in a mix. The XPQ 3D stereo surround effect allows you to make a broader stereo image.

The built-in USB interface allows for a bi-directional transfer of audio to and from your computer. The unit comes with recording, editing, and podcasting software for Mac, Windows, and Linux operating systems.

The built-in 24-bit dual-engine Klark Teknik FX effects processor features 32 presets that include reverb, chorus, flanger, delay, pitch shifter, multi-effects, and more. You can edit the parameters of every preset, and a tap tempo button is included to sync time-based effects. The four built-in compressors are designed to simplify the process of controlling dynamics in your mix. With a single knob, you can dial in the amount of compression you need for any given sound. The four XENYX preamps offer 130dB of dynamic range, and the 3-band British-style EQs allow you to finely tune your mix. The mixer is suitable for recording studios, video editing suites, live sound mixing, podcasting, and more.

A collection of music production and podcasting software such as Tracktion 4, Audacity, Podifier, Juice, Podnova, and Golden Ear are available for download from Behringer.com.

Full-size faders for MON and FX Sends for precise control

Two aux sends per channel: one pre/post fader switchable for monitoring/FX applications, one post fader (for internal FX or as external send) 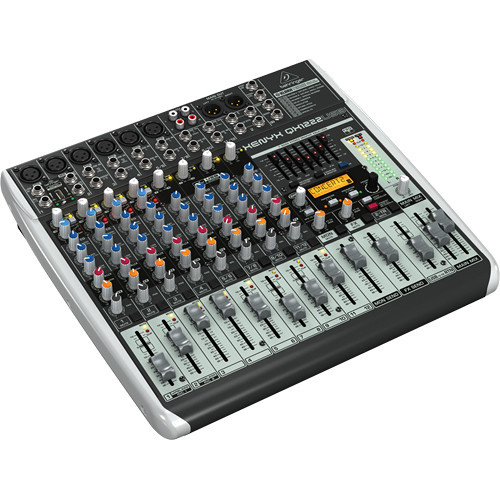