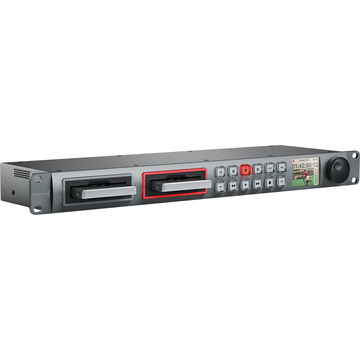 The Blackmagic Design HyperDeck Studio 2 is a file-based deck that features the same functionality and control of professional tape decks. It records uncompressed video with 4:2:2 colour sampling at 10-bit in Quicktime format, and also records video using either ProRes or DNxHD codecs. With two SSD slots, you can record almost endlessly as one SSD becomes full, recording automatically continues on to the other. The HyperDeck Studio features one 3G-SDI input and three SD/HD/3G-SDI outputs plus a loopthrough output, and one HDMI input and one HDMI output. All outputs, except the loopthrough SDI, are always active, so playback is available on both the SDI and HDMI outputs no matter what input it was recorded from.

The Studio 2 is a 1RU rack mountable unit, with built-in rack mount ears. It features illuminated front panel button control and a jog/shuttle wheel for analogue scrubbing. RS-422 control is supported for external control. You can also control the unit using either the USB port or over Ethernet via the RJ45 connector. An integrated LCD on the front panel allows you to monitor the video, and display timecode and transport information.

Two SSD Bays
The unit incorporates two 2.5" SSD slots that allow you to record almost endlessly as recording seamlessly switches from one SSD to the other as the first one fills up.

Remote
The unit is controllable via RS-422 control and over the Ethernet or USB port.

Built-In LCD Monitor
The unit's front panel also features a built-in LCD screen that allows you to monitor input or playback video as well as timecode, format, and audio levels.

SDI Connectors
The unit's SDI connectors are 3G capable, but currently the unit only supports HD video up to 1.5Gb/s (HD-SDI). 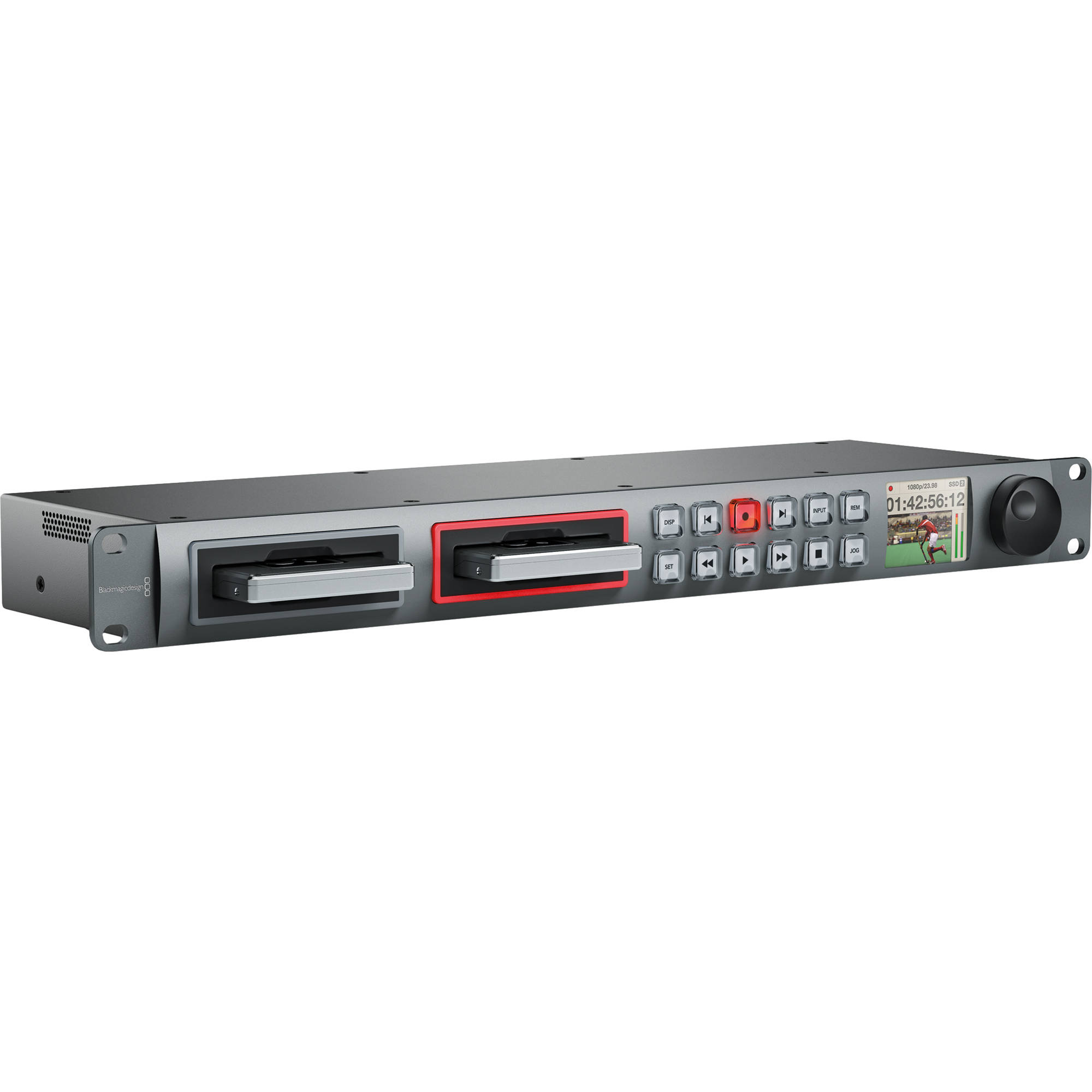