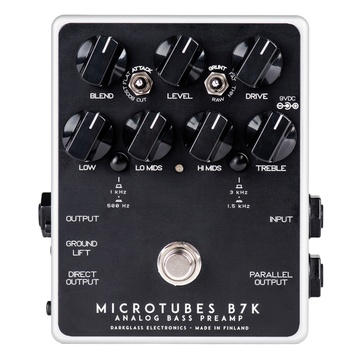 The Microtubes B7K V2 bass preamp pedal from Darkglass Electronics is so much more than an excellent DI. It's also a pedal-sized preamp and aggressive-sounding drive. The Microtubes B7K V2 employs the same dynamic saturation circuit and 4-band EQ and balanced line driver that has put Darkglass on thousands of bassists' boards. Yet, the addition of two mid-frequency selector switches, as well as the Grunt and Attack controls give the V2 unparalleled tonal shaping abilities. And dual outputs make parallel processing and running your signal to a PA or mixing console a piece of cake.

The Microtubes B7K V2's 4-band EQ is powerful enough to place it on many Sweetwater bassists' board. But Darkglass has upped the game with their helpful Attack and Grunt switches, fine-tuning the pedal's character. But that wasn't enough tonal tweaking for the engineers at Darkglass. The V2 boasts two carefully voiced mid frequency buttons that determine which mid frequencies are being affected. Whether you're looking to pull the mids back for top-end attack and a huge bottom, or wanting to push them for a punchier tone, the Microtubes B7K V2 nails it. 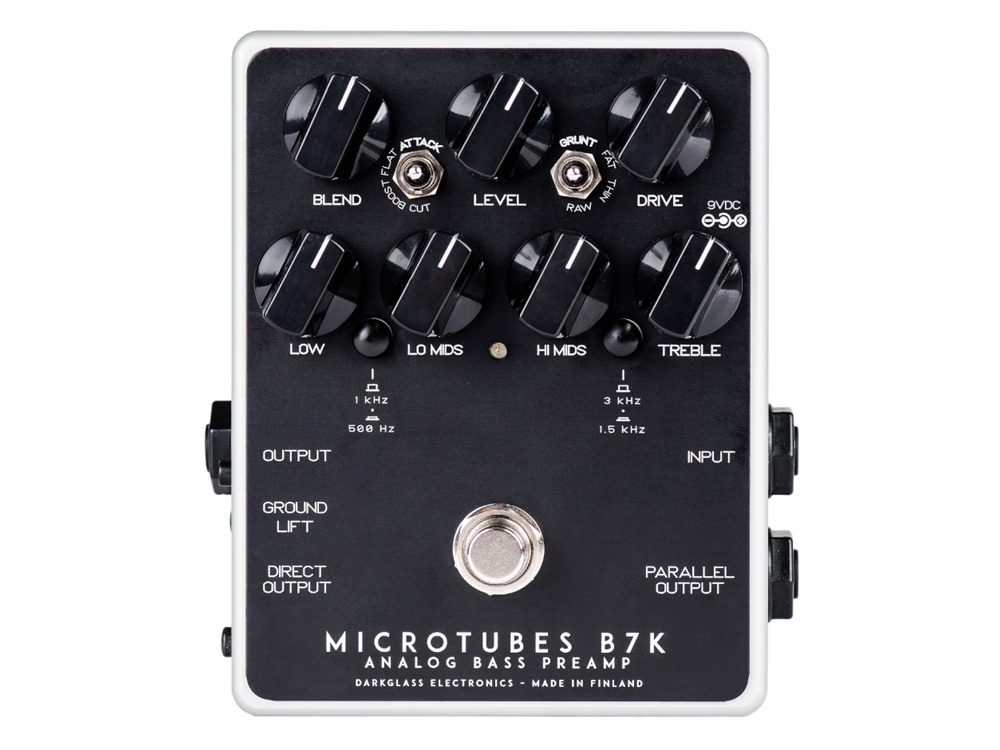