0
×Please note our warehouse and Wellington branch will be closed on Monday 25 January for Wellington Anniversary Day. Orders of in-stock items placed after 1pm on Friday 22 January will ship on Tuesday the 26th.
Fujifilm X-T4 Mirrorless Digital Camera with 16-80mm Lens (Silver)
Product #71150 | SKU 16652908
Usually ships in 1 - 2 weeks
what does this mean? 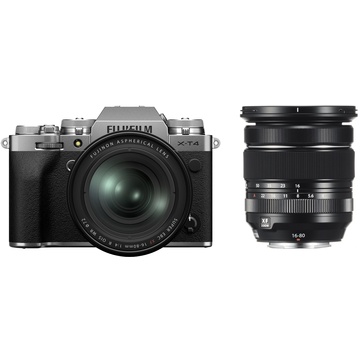 Addressing the needs of multimedia image-makers, the silver Fujifilm X-T4 Mirrorless Digital Camera with 16-80mm Lens (Silver) is a versatile mirrorless camera that blends advanced stills and video capabilities along with enhanced workflow and assistive functionality. Utilising a proven and well-regarded APS-C-format 26.1MP X-Trans CMOS 4 sensor, the X-T4 is capable of high-resolution recording along with support for DCI/UHD 4K video at 60 fps, Full HD recording up to 240 fps, sensitivity from ISO 160-12800, and continuous shooting up to 15 fps with the mechanical shutter. The BSI design of the sensor affords reduced noise and greater overall clarity and is paired with the X-Processor 4 to achieve fast performance and improved responsiveness. The sensor's design also enables a hybrid autofocus system that combines 425 phase-detection points with a contrast-detection system for quick and accurate AF performance. Additionally, complementing all aspects of image production, the X-T4 also incorporates a 6.5 stop-effective sensor-shift image stabilisation system to reduce the appearance of camera shake with almost any mounted lens.

Beyond the sensor and processor capabilities, FUJIFILM's cameras are also beloved for their physical design, and the X-T4 has an updated design for improved handling and shooting efficiency. A large, bright 3.69m-dot electronic viewfinder can be set to a 100 fps refresh rate for notable smoothness when panning or tracking subjects. Conversely, the rear 3.0" 1.62m-dot touchscreen LCD now features a vari-angle design to suit working from high, low, and front-facing angles; or it can be closed against the body if just working with the EVF. Dual SD UHS-II memory card slots offer file-saving flexibility and the X-T4 supports the updated, high capacity NP-W235 battery that provides approximately 600 shots per charge. Additionally, built-in Wi-Fi and Bluetooth enables wireless remote camera control and image sharing to a mobile device.

Revolving around a highly versatile sensor, the X-T4 features an APS-C-format 26.1MP X-Trans CMOS 4 sensor, which has a back-illuminated design to afford smooth tonal rendering, improved low-light performance, and a wide native sensitivity range of ISO 160-12800. As an X-Trans sensor, it utilises a randomised pixel array, too, which provides a high degree of image quality and sharpness due to the omission of an optical low-pass filter. Versus conventional pixel patterns, the X-Trans design more closely mimics the organic nature of film in order to produce nuanced colours and tonal transitions, while also reducing moiré and aliasing.

The sensor's design also includes an expanded phase-detection autofocus system, which has 425 selectable points that cover nearly the entire sensor area. This AF system delivers faster, more accurate focusing performance in a variety of lighting conditions down to -6 EV. Complementing the imaging and focusing capabilities, an updated X-Processor 4 is also featured, which has a quad-core CPU, and delivers faster, more responsive performance throughout the camera system, including a full-resolution 15 fps shooting rate with the mechanical shutter, 20 fps rate with an electronic shutter, or a 30 fps rate with an electronic shutter and a 1.25x crop.

Built-in 5-axis sensor-shift image stabilisation helps to minimise the appearance of camera shake by up to 6.5 stops. This system works in conjunction with most X Series lenses, including non-stabilised ones, and benefits working with slower shutter speeds and when shooting in difficult lighting conditions. Additionally, 4-axis digital image stabilisation can also be used during video recording to further aid in steadying footage, especially when recording handheld.

Expanding its capabilities beyond stills, the X-T4 offers a versatile array of video capabilities, including internal DCI/UHD 4K recording at up to 60 fps and Full HD recording up to 240 fps for ultra slow-motion playback. Greatly benefitting overall video performance, the speed of the X-Processor 4 enables fast read speeds when recording video and helps to reduce rolling shutter distortion when filming moving subjects. Also, a micro-HDMI port enables 10-bit 4:2:2 recording to an optional external recorder.

In addition to the supported 10-bit colour depth, the X-T4 also includes the F-Log gamma setting, which provides a flat picture for use in advanced colour grading software during editing. This maximises the potential dynamic range in difficult scenes and image adjustments can be made, as well, to highlight tone, shadow tone, colour, and sharpness.

Included with the camera body is the XF 16-80mm f/4 R OIS WR; a versatile 24-120mm-equivalent zoom, spanning wide-angle to medium-telephoto, and featuring a constant f/4 maximum aperture. Complementing this flexible design is an advanced optical layout, which includes a trio of aspherical elements and one ED aspherical element that help to minimise a variety of aberrations in order to produce high sharpness and clarity. A Super EBC coating also improves contrast and colour neutrality by reducing flare and ghosting when working in strong lighting conditions. Also benefitting use in a variety of situations is a quick and quiet autofocus system along with a six stop-effective image stabilisation system that minimises the appearance of camera shake. Additionally, the lens is fully weather-sealed for working in inclement conditions. 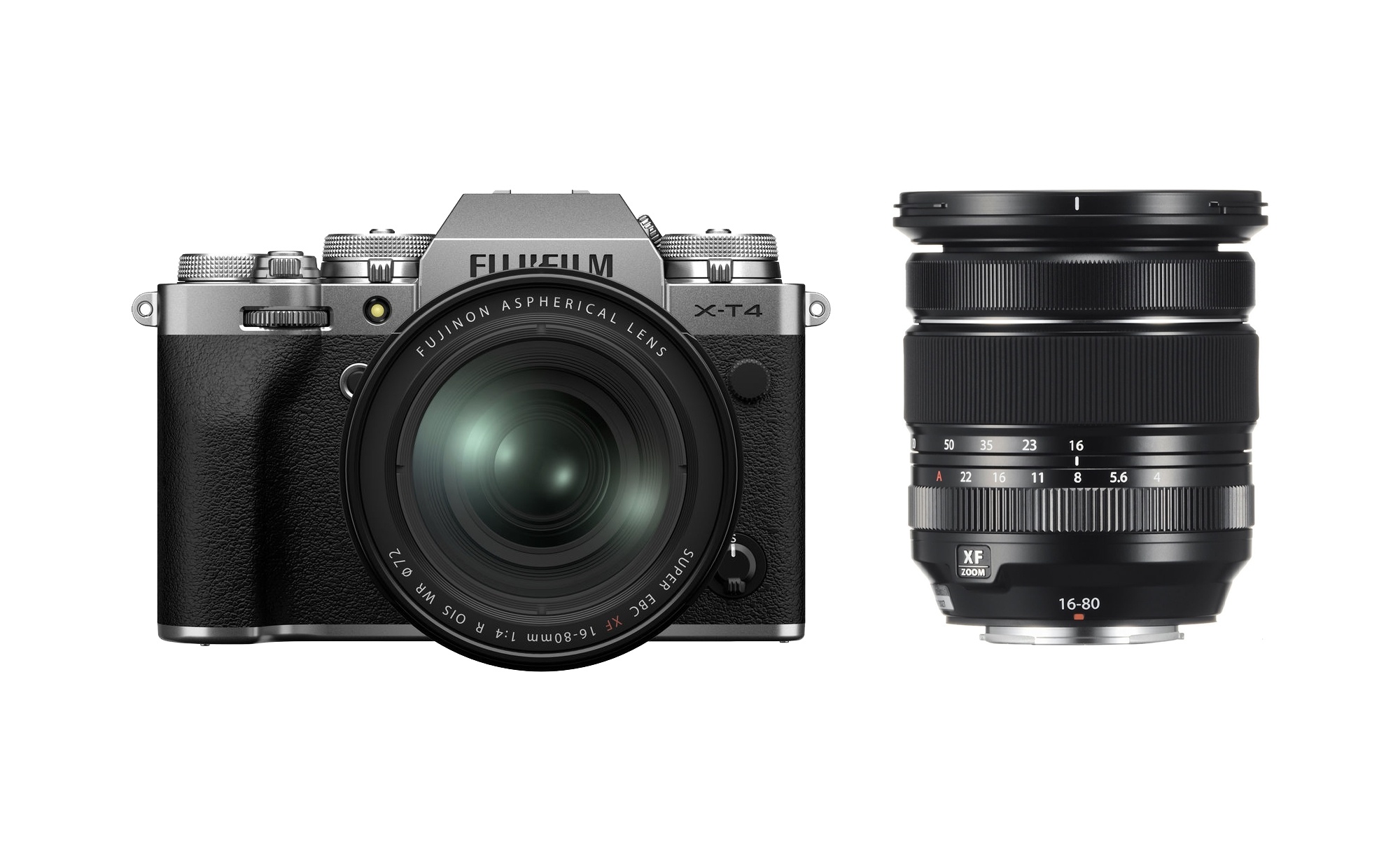