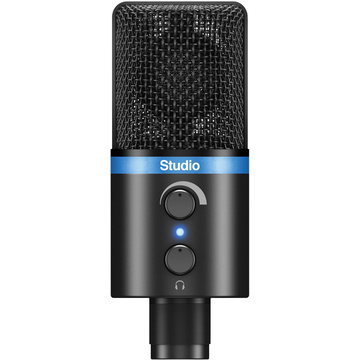 The black iRig Mic Studio from IK Multimedia is a portable large-diaphragm digital condenser microphone with a 25 mm diameter condenser capsule for iPhone, iPad, iPod touch, Mac, PC, and Android devices. It can be used to capture audio in applications for musicians, vocalists, producers, podcasters, broadcasters, voice-over artists, and much more.

Notably, other features of the iRig Mic Studio include a 24-bit convertor with a 44.1/48 kHz sampling rate, a low-noise, high-definition preamp, a headphone output, and a multicolour LED status/level indicator that are built into the mic. In addition, its compact size makes it easy to carry around. Furthermore, several accessories are included such as a portable tripod tabletop stand, a storage bag, a mic clamp, Lightning, OTG, and USB connection cables.

Finally, iRig Mic Studio comes equipped with a suite of vocal apps that match its cross-platform compatibility. iPhone, iPad and iPod touch users will be able to enjoy VocaLive, which is an effects processor and multi-track recording app with 12 real-time vocal effects. Likewise, EZ Voice is a streamlined sing-along app that allows vocalists to practice with any song in their music library. Additionally, there are also straight forward apps for field recording such as podcasting, note taking, and much more.

133 dB SPL Rating
Allows for optimal recording at any sound pressure level - it can capture everything from the subtle and nuanced dynamics of the human voice to the full-on bombast of an amplified electric guitar, and everything in between 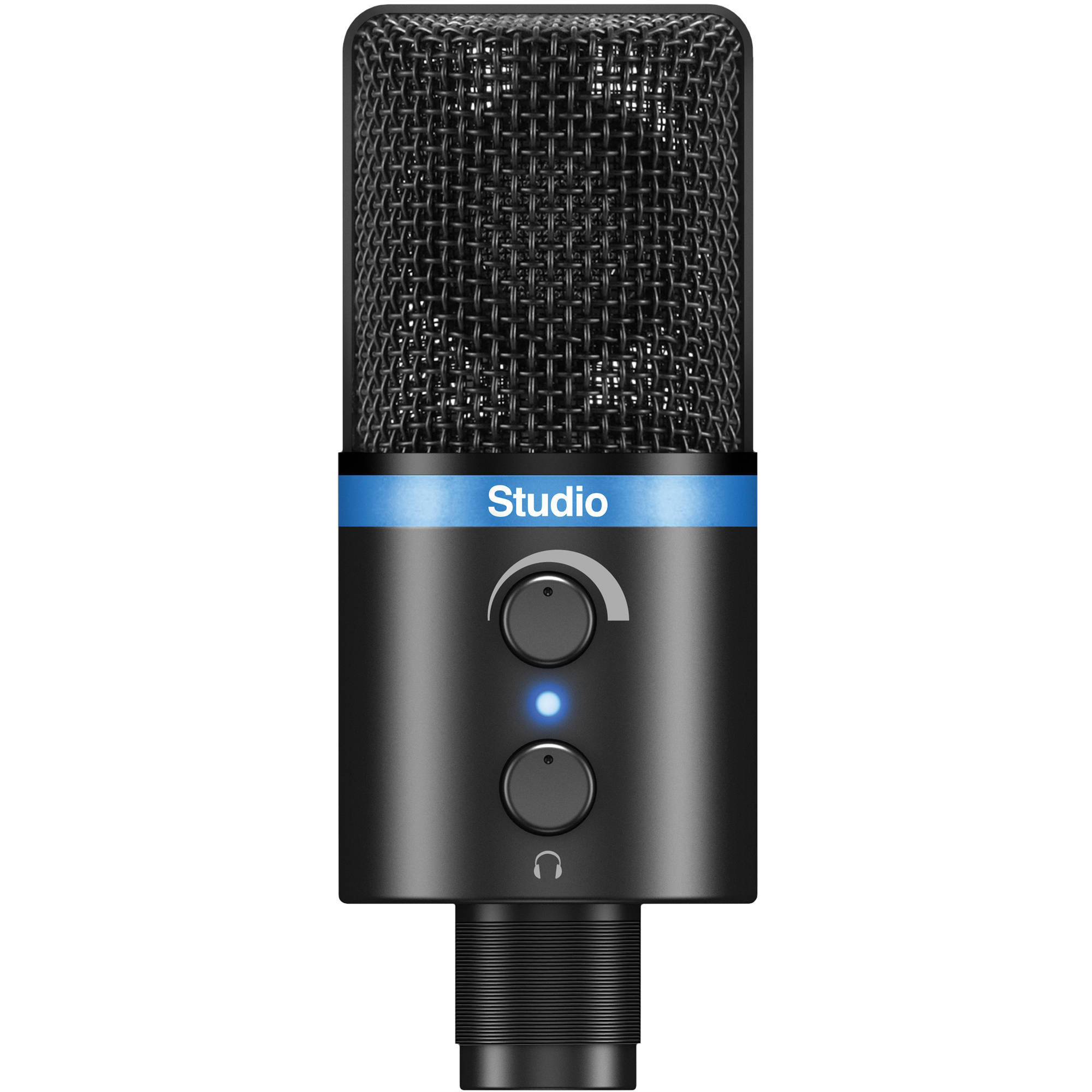