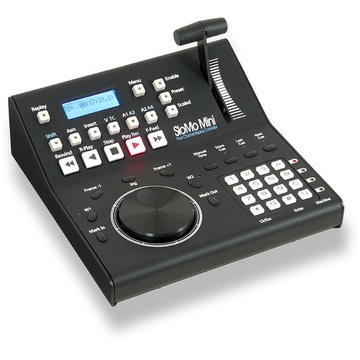 Designed for news, sports, scoreboard, and other slow-motion editing scenarios, the JLCooper SloMo Mini is an instant-replay controller capable of interfacing with up to four VTR decks simultaneously via RS-422 connections. Using the programmable jog wheel or numeric keypad, specific footage can be cued and then manipulated with the T-bar in real-time. Using the included 4-way breakout/power cable, the SloMo Mini is compatible with many standard VTR decks and servers that support the RS-422 control protocol including the AJA KiPro, Blackmagic Design HyperDeck Studio, and VideoDevices PIX 250i, 260i, and 270i. Further expansion via separately available Gangway 16 and Gangway 32 boxes allow for simultaneous control of many more decks than with the standard included cable. 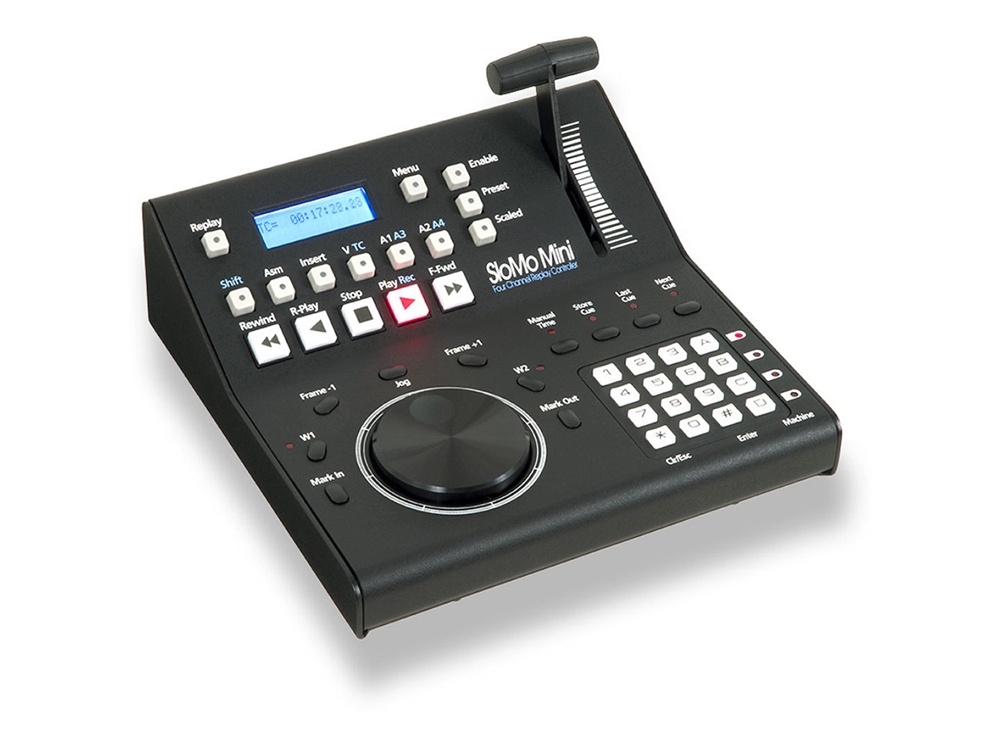