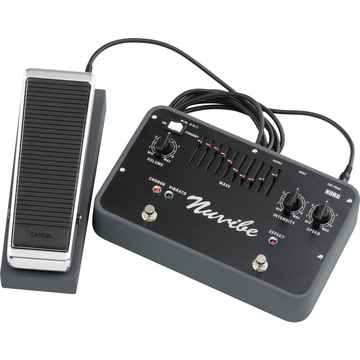 Product #28150 | SKU NUVIBE
Availability on Request .
what does this mean?

Our Price $499.00
This product can't be purchased at this time, please contact us for more information.
or apply for 12 months interest free with

The Nuvibe from Korg is a vibrato/chorus floor pedal that faithfully recreates the late-'60s original while adding several modern features, all created under supervision of the original designer. Starting with the creation of circuits that simulate hard-to-obtain parts, the distinctive modulation sound of the original unit has been perfectly reproduced.

As on the original model, the unit features a switch for selecting either vibrato or chorus, and intensity and speed knobs for varying the distinctive effect. The buffer circuit that was crucial to the sonic character has been redesigned, and a dedicated expression pedal is also included. Ten "wave" sliders have been added, allowing for custom LFO waveforms to be generated.

The CdS photoresistor at the heart of the original model was a component that used the varying brightness of a small lamp to modify the output signal. Unfortunately, this component is now classified as a hazardous material. Finding a substitute for this part was an absolute requirement in order to match the original model, and the solution was to simulate the process using transistors.

As on the original model, a dedicated expression pedal for controlling the modulation effect is included. There's also an unlatch switch that allows for cancelling the modulation effect by returning the pedal to the heel-down position. Additionally, the guitarist can use the unit's effect as a buffer amp, just as on the original model. Its two-way power supply allows operation on batteries as well as with an optional AC adapter. It also features a true bypass design. 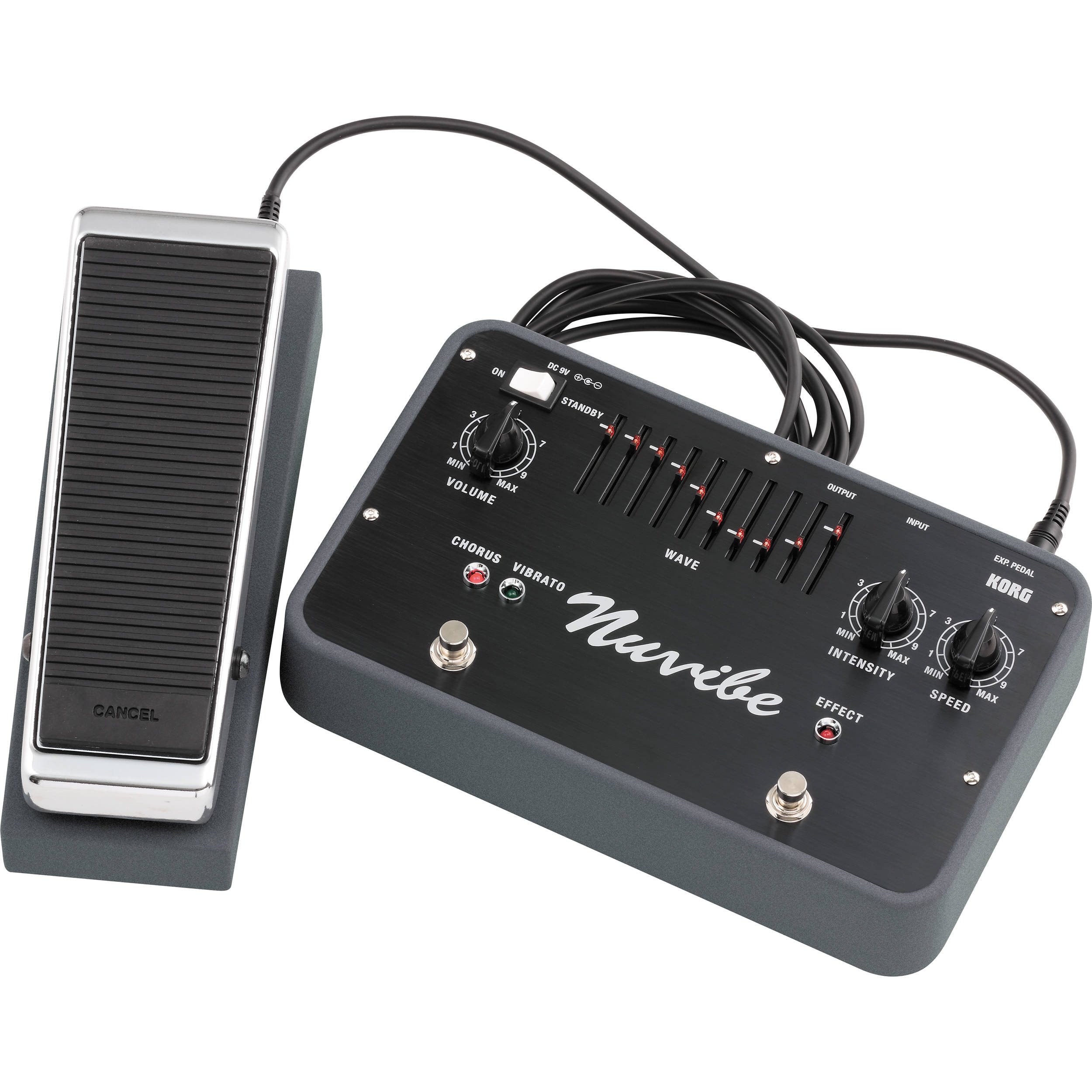