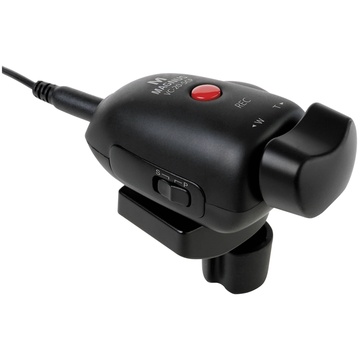 The controller attaches to tripod pan handles via a built-in mounting clamp and allows you to control zoom at different speeds. It uses a pressure-sensitive zoom rocker switch that responds to the force you press it with. The adapter cable has an AVR connector and allows you to use the controller with Sony consumer camcorders.

The Magnus VC-20-SCP Zoom Controller for Canon, Panasonic, Sony provides record and zoom control for all LANC-equipped Canon, Panasonic, and Sony camcorders. An included 22.5" long control cable connects into the controller on one end and into the camcorder's LANC port on the other. You can also use this controller with Sony consumer cameras via an optional Magnus ACM-SAVR AVR adapter cable.

A built-in mounting clamp allows attaching the controller to your tripod pan handle so you can zoom and pan with one hand and achieve a fluid look. The clamp opens up to 1.25" and also fits jibs, tubes, pipes, and bars. Zoom is regulated by a pressure-sensitive rocker switch that produces faster or slower control depending on how hard or gentle you press it. For tape-based cameras, a REC/RET button works together with a REC/RET switch to let you return to the last record position.

The Magnus 2.5mm Female to Sony AVR Adapter Cable allows you to connect a Magnus VC-20-SCP Zoom Controller to Sony consumer camcorders. It's approximately 16" long and features a 2.5mm female connector on one end and Sony AVR connector on the other. 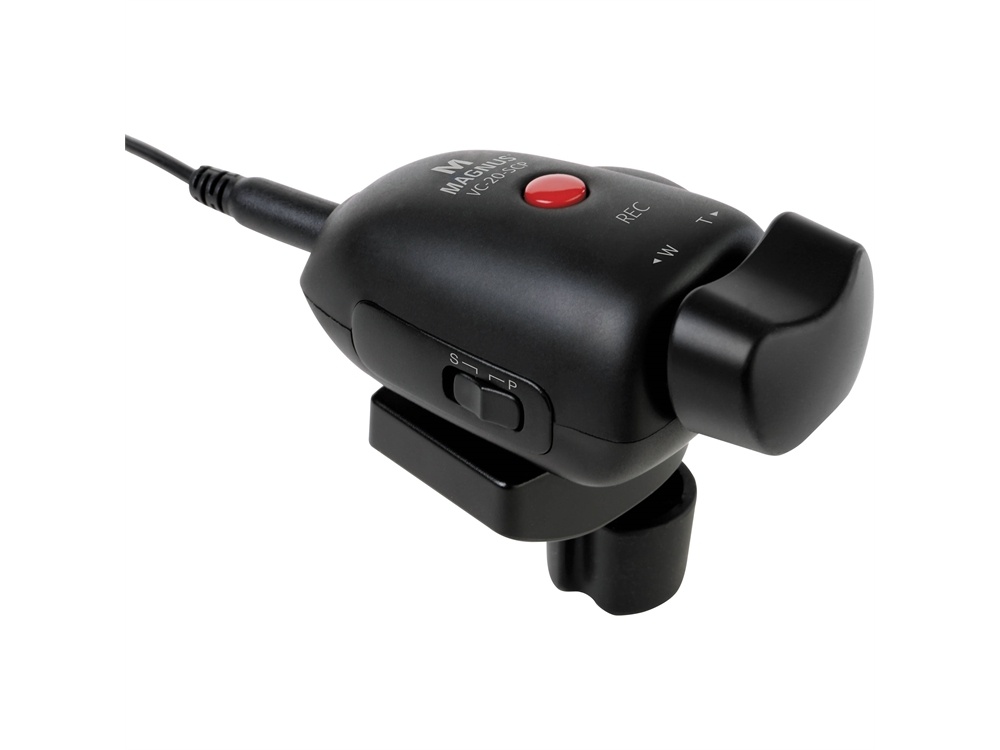