0
×COVID-19 Update: Our Auckland and Wellington branches are open for contactless pick ups only and are not accepting walk-ins. Online orders will be shipping from our Porirua warehouse as usual.
Manfrotto 625 (3296) RC0 Hexagonal Quick Release Adapter Set
Product #1841 | SKU 625
Special Order Usually ships in 8 - 12 weeks
what does this mean? 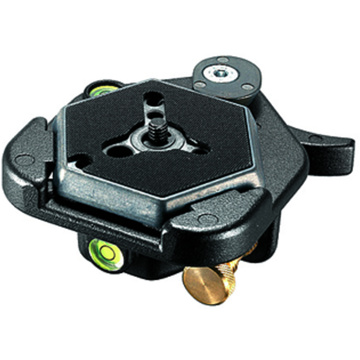 Manfrotto's hexagonal 625 RC0 system quick release adapter is designed as a heavy duty addition to any existing tripod head. It comes supplied with both 1/4-20" and 3/8"-16 threaded connection sockets, and also includes two "set" screws ( to attach directly to legs ). The camera connection is either via 1/4-20", or with 3/8" stud provided.

The RC0 has a new name for simplicity's sake, but has been a mainstay in Bogen's lineup of products for many years. It gives lots of surface area to connect the camera to the quick release.

The list of plates available for the RC0 system is thorough and exhaustive-there's the larger 3/8"-16 threaded camera screw if you need it, flat-bottomed plates allowing cameras to be set flush upon tables with their plate attached, an "architectural" plate with an adjustable anti-twist lip to prevent twisting of the camera on the plate when in the vertical orientation, an anti-theft plate with incorporated metal cable to tether to something immobile nearby and a plate with a very large 10.2 x 10.2 cm surface area for large format cameras. There's even the special 340 elbow bracket, which allows you to change between horizontal and vertical orientation without moving the head itself. 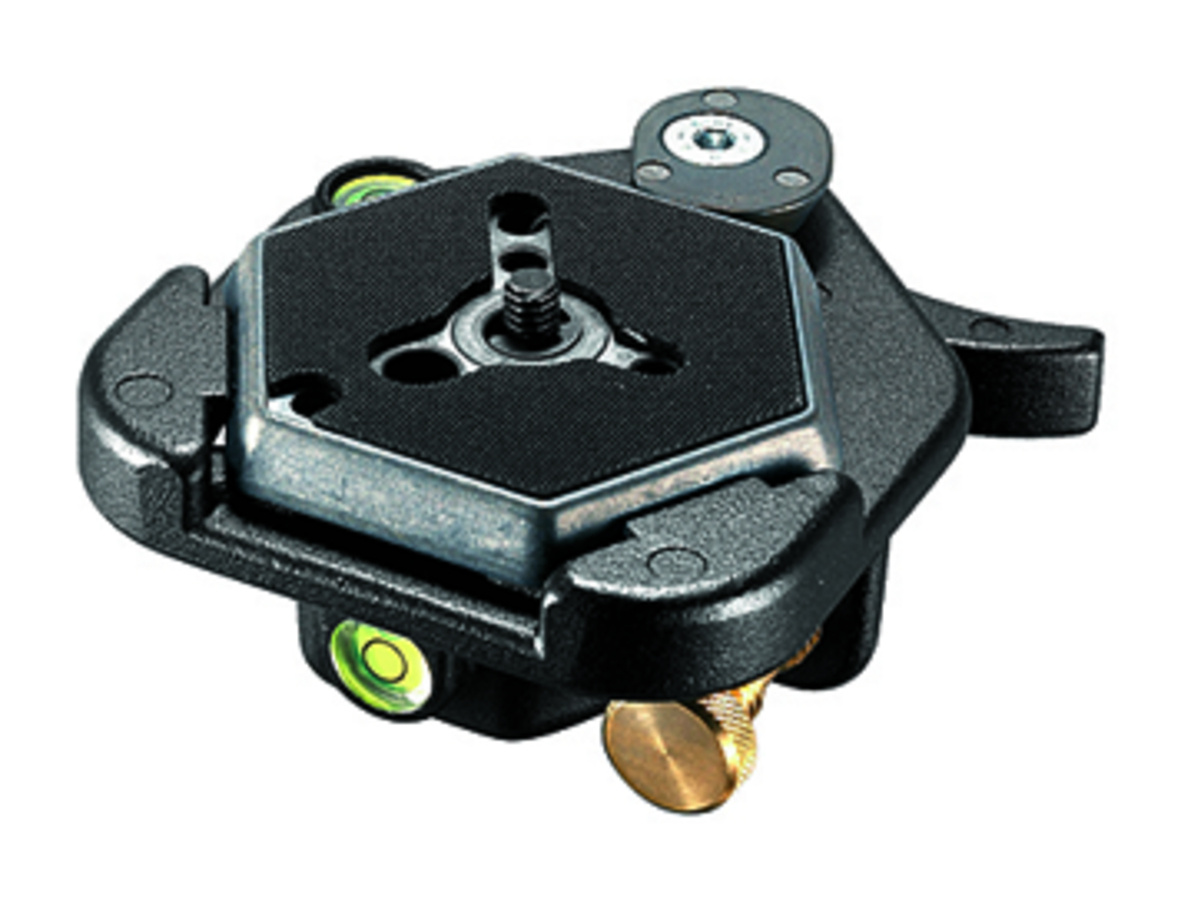