0
×Please note our warehouse and Wellington branch will be closed on Monday 25 January for Wellington Anniversary Day. Orders of in-stock items placed after 1pm on Friday 22 January will ship on Tuesday the 26th.
Metabones Leica R Lens to Blackmagic Pocket Cinema Camera Speed Booster
Product #17847 | SKU MB_SPLR-BMPCC-BM1
Usually ships in 3 - 4 weeks
what does this mean? 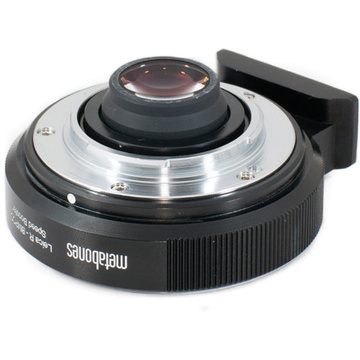 The Speed Booster works by shrinking the image circle of your Leica R lens down to better fit the smaller sensor of the Blackmagic Pocket Cinema Camera. This has the effect of making the angle of view of the lens 0.58x wider or, in other terms, reducing the crop factor of the camera from 2.88x to 1.75x.

When the Speed Booster concentrates the image circle from a lens, the brightness of the image is increased by 1 2/3 stops, with a maximum output aperture of f/0.8 when using a Leica R f/1.4 lens. In addition to lens speed and angle of view, the Speed Booster also increases the lens' MTF, or how faithfully the lens transfers detail from the object to the camera sensor. These increases in MTF are seen in the corners as well as the centre of the images. For added lens support, a removable Arca-type tripod foot is included. 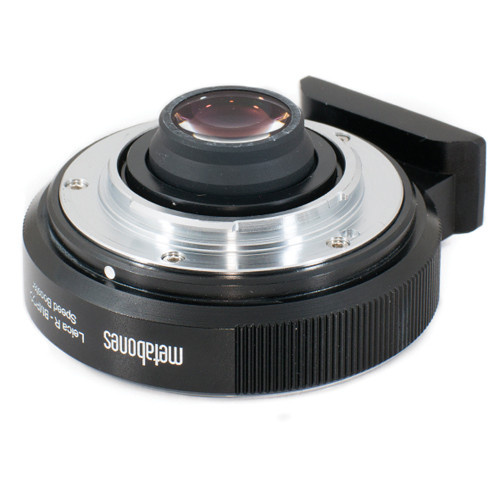