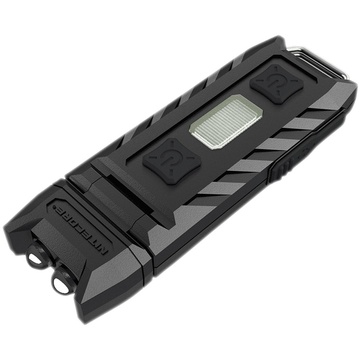 Named for its small size, the Thumb Rechargeable LED Key-Chain Flashlight from Nitecore offers a lot of functionality for a light that weighs less than one ounce. It has both white and red LEDs with a top output of 85 lumens, and a head that tilts 120°.

The Thumb will run 45 minutes at high power and 22 hours at low power on a single charge. There's one button for the white LEDs and another for the red. Click the upper switch to activate the white lights and cycle through the high, medium, low and blinking modes: click the lower button to toggle between the red LED's constant-on and blinking. Pressing both buttons at the same time puts the light in lockout mode, so it won't be activated accidentally. To remove lockout mode, press both buttons again.

Nitecore has included over-discharge, overcharge, and short-circuit protections in the Thumb, as well as a power indicator that blinks when the light is charging and shines green when it's charged. The housing is made of durable polycarbonate, and the light's clip allows you to wear it on a belt, a pocket, a pack strap, a hat, etc. 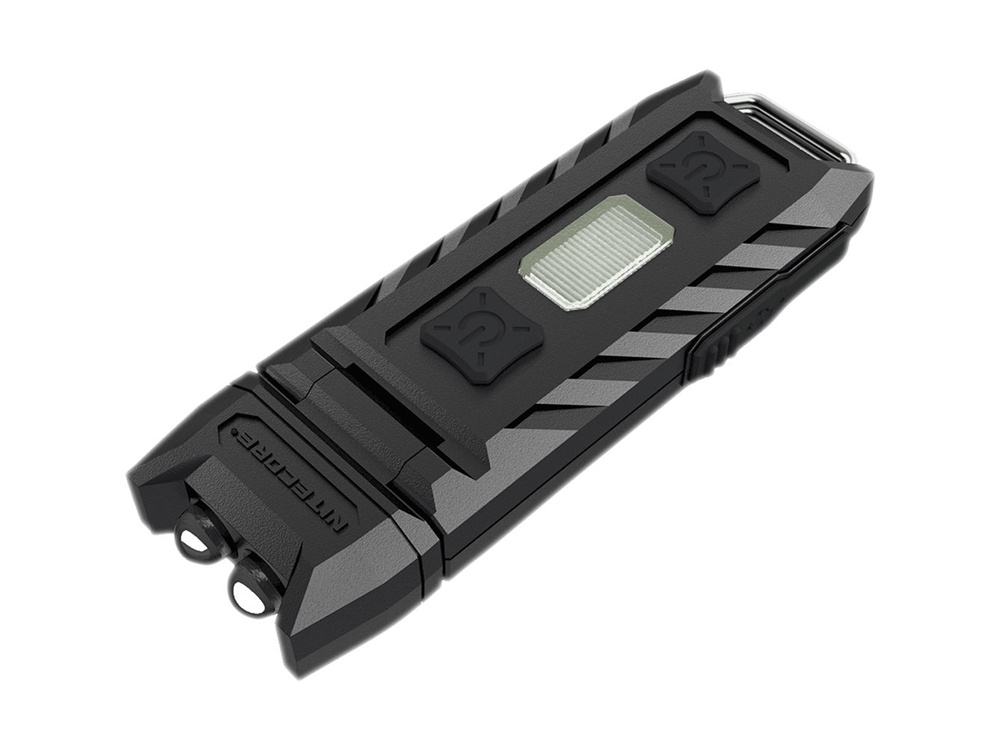