0
×Please note our warehouse and Wellington branch will be closed on Monday 25 January for Wellington Anniversary Day. Orders of in-stock items placed after 1pm on Friday 22 January will ship on Tuesday the 26th.
Nektar Technology SE25 Mini MIDI Keyboard Controller
Product #70706 | SKU NEK-SE-25
In stock with supplier Usually ships in 10 - 15 working days
what does this mean? 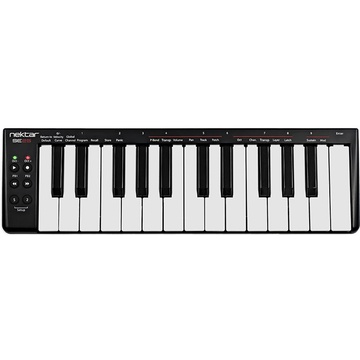 Designed for most mobile production setups, the Nektar Technology SE25 Mini MIDI Keyboard Controller is designed to help you make music while on the move. Its slim profile is about as wide as most laptops allowing it to easily slip into your backpack or laptop case.

Despite its size, the mini-keys were developed with an advanced keybed allowing you to play them with expression and a defined, firm feel. There is a choice of three velocity curves (default, soft, and hard), which provide even more control over expression. Six buttons provide access to transpose, pitch bend, and sustain, for dynamic performances. Additionally, the buttons can be assigned to MIDI volume, and pan.

With Nektar DAW Integration, the SE25 can provide track/patch selection and DAW transport controls. There is direct support for most major DAWs including Bitwig, Cubase, Garageband, Logic, Nuendo, Digital Performer, Mixcraft, Reason, Reaper, Sonar and Studio One. The Nektar SE25 is USB bus powered and ships with a micro-USB cable and a licence for Bitwig 8-Track. 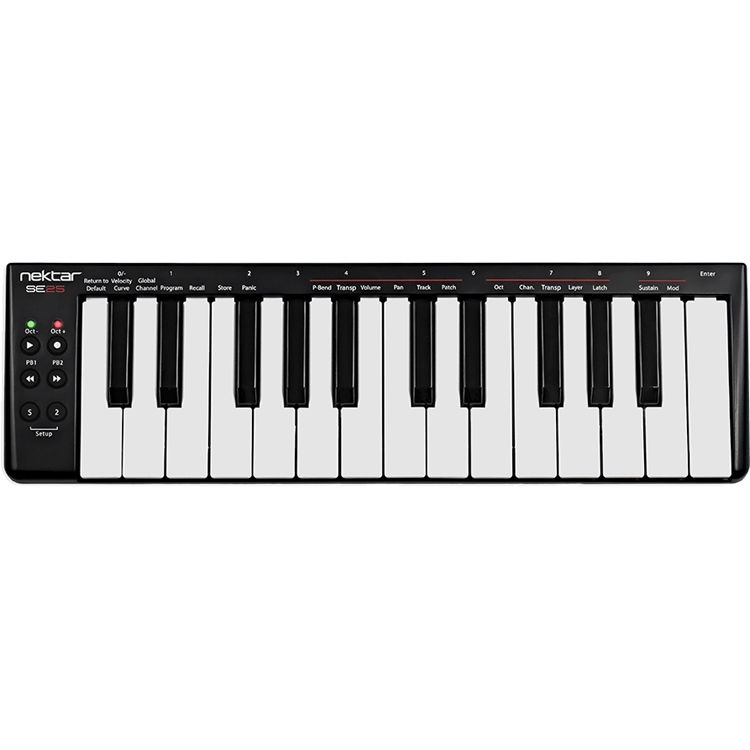