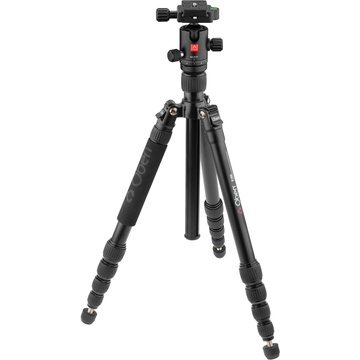 The AT-3565 Aluminium Tripod and BZ-217T Triple-Action Ball Head from Oben is a 5-section support, which has twist locks that open and close with just a quarter turn. Each section extends along with the centre column to a maximum height of 157cm. With three variable leg angles, it allows you to splay the legs out and replace the regular centre column with the included low-angle centre column, so the tripod can go to a minimum height of 23cm to help with macro photography.

To store or transport the tripod, the legs fold in the reverse to create a compact 41cm tripod. Furthermore, one leg is detachable and can convert into a working monopod with a maximum height of 163 cm. Each rubber foot retracts back to expose a metal spike that can be wedged into softer terrain for extra support and stability.

The Arca-type BZ-217T ball head, which includes the QR-20 quick release plate, can support cameras that weigh up to 20 lb and can easily position the camera at a 90° angle because of the cut notch on the side of the head. There are three knobs on the ball head; one to control the movement of the ball, the second allows you to rotate and pan a full 360°, and the distinguishable knob in the middle of the other two knobs enables you to dial-in more tension to the ball. Thus, the drag of the ball is intensified and less creep is involved if more weight is added.

The aluminium telescoping legs open and close by turning the twist locks a quarter turn.

The legs lock at three different angles for stable support on uneven terrain or at low angles. The leg angle adjustment lock also allows the legs to fold up 180° to a compact size for transport or storage.

The rapid centre column, which is reversible, extends and locks into place via its twist lock. An included low-angle centre column allows you to get those macro shots that are close to the ground.

The tripod's detachable leg converts into a working monopod with a maximum height of 163cm.

The Arca-type BZ-217T ball head, which includes the QR-20 quick release plate, can support cameras that weigh up to 9kg. The head features three knobs, one to control the movement of the ball, one for the pan, and the tension control knob to add or decrease drag on the ball.

The integrated bubble level on the ball head enables you to accurately align your horizon within the camera's viewfinder.

The retractable rubber feet expose spikes that can be driven into softer terrain to add stability and rigidness to the tripod. 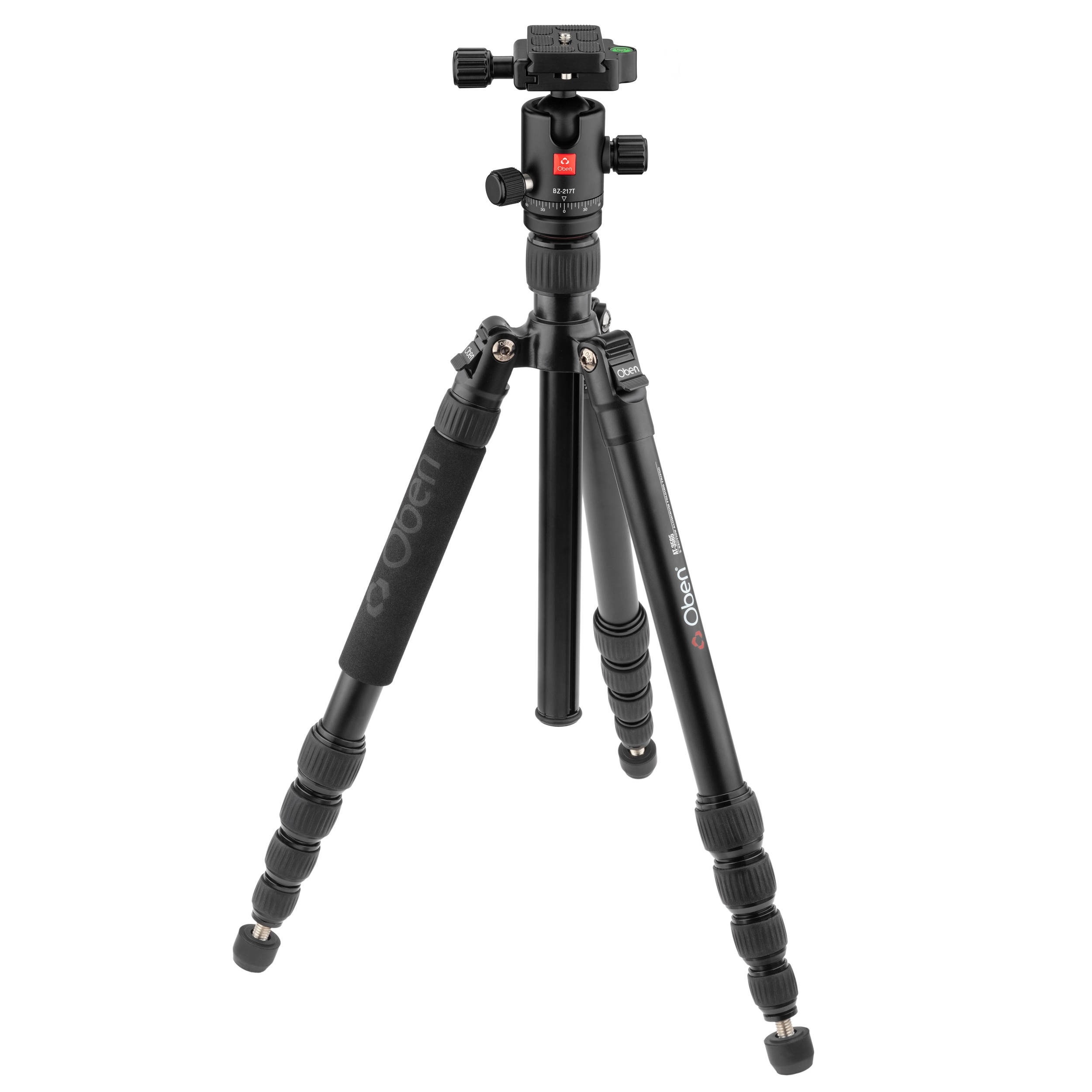