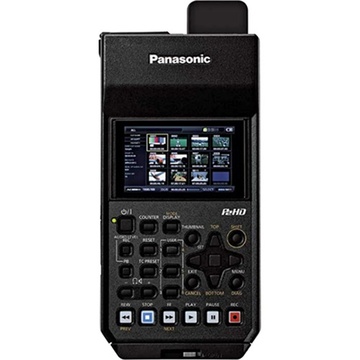 The Panasonic AJ-PG50 Portable P2 Memory Card Recorder is a compact, lightweight field recorder and deck that supports the AVC-ULTRA family of codecs. It records up to 1080p 59.94/50 video to microP2 and P2 memory cards, and features HDMI, 3G-SDI, and analogue inputs/outputs for connecting to a wide range of video and audio devices. This makes the AJ-PG50 an ideal solution for backup recording, monitoring, previewing, file copying, and many other critical field uses. Video can be monitored and played back on a built-in 3.5" LCD screen, which is equipped with waveform and vectorscope display functions. For use in the field, the recorder can be powered using an included 5800mAh battery pack, which provides approximately 180 minutes of continuous playback time.

With the AVC-Ultra codec family, you can select the image quality and bit-rate to match the application at hand. Select AVC-Intra for optimum quality, AVC-LongG for high-quality at lower bit-rates, or even DVCPRO codecs for fitting into existing workflows. You can also simultaneously record AVC-Proxy files along with your higher quality files, for low bit-rate proxies and easier web upload, or efficient offline editing.

The AJ-PG50 has a high-speed USB 3.0 (Host) interface for transferring and backing up files to an external storage device and previewing externally stored files. The recorder also provides a standard RJ-45 Ethernet port for wired connection to a LAN for remote control and transferring files to a network. An optional Wi-Fi module is available for wirelessly connecting to a computer, tablet, or smartphone.

AVC-ULTRA Codec Support
The AJ-PG50 supports the AVC-ULTRA family of codecs, letting you select the image quality and bit-rate to match your needs.

microP2 Card Slots
The recorder has three memory card slots; two for microP2 cards, and one for full-sized P2 cards. While inheriting the high reliability of P2 cards, microP2 cards are scaled-down to match the size of SD memory cards. Files can be copied between a microP2 card and a P2 card, but you cannot simultaneously record to both types of cards.

Inputs/Outputs
The recorder features 3G-SDI and HDMI inputs/outputs for connecting to a wide range of professional and consumer devices. Both connection types support time code input and Rec Start/Stop trigger with compatible cameras. For audio, the AJ-PG50 has two XLR inputs (CH1 and CH2), an analogue audio out, and headphone output jack. Audio can also be monitored from the built-in front speaker.

3.5" LCD with Waveform and Vectorscope

Video Streaming
The AJ-PG50 is capable of proxy streaming via a wired/wireless LAN connection. There are four streaming modes (LOW, HQ, SHQ, and AVC-G6), so the most suitable mode can be selected according to the line condition and application.

Battery Powered
The AJ-PG50 is powered by a 5800mAh battery pack, which mounts to the back of the unit and provides approximately 170 minutes of continuous playback time. It can also be plugged into a wall outlet using the included AC adapter. 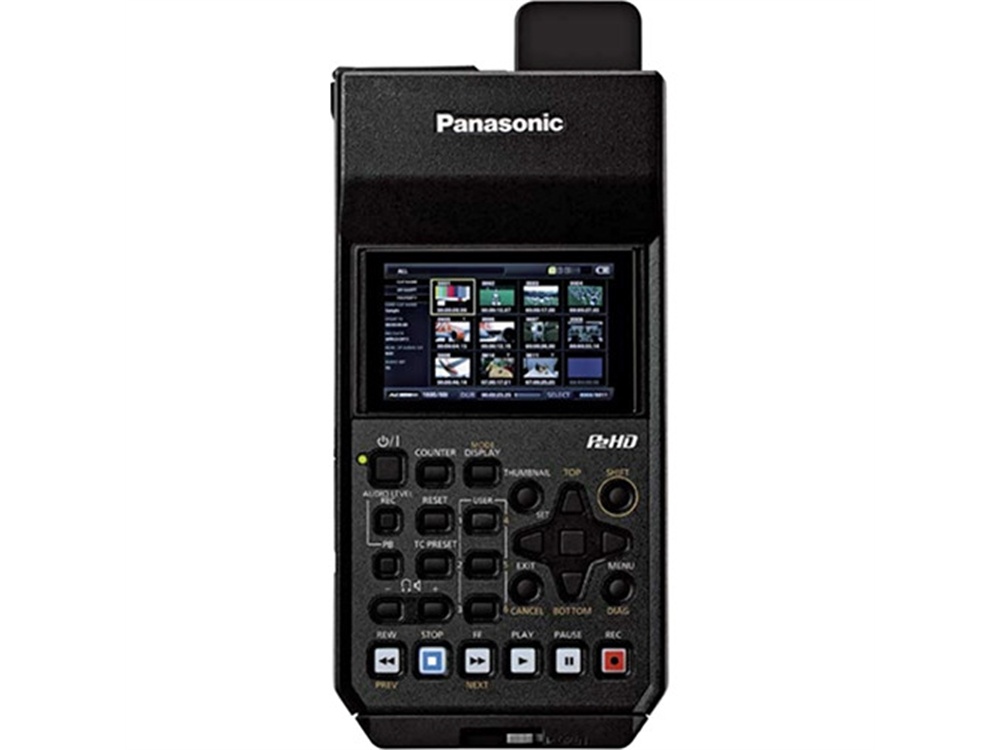