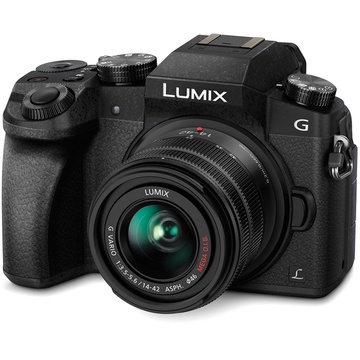 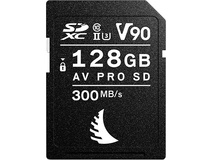 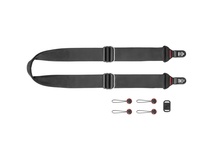 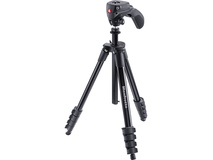 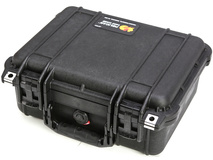 Included with the camera body is the well-rounded Lumix G Vario 14-42mm f/3.5-5.6 II ASPH. MEGA O.I.S. lens, which provides a 28-84mm equivalent focal length range to cover wide-angle to short telephoto perspectives. An Optical Image Stabiliser compensates for camera shake for sharper handheld shooting while a pair of aspherical elements help to minimise the overall lens size and maintain a high degree of sharpness and clarity throughout the zoom range.

16 MP Live MOS Sensor and Venus Engine 9
A 16 MP Live MOS Micro Four Thirds sensor pairs with an updated Venus Engine 9 to deliver fast overall performance with matched image quality to suit working in a wide variety of lighting conditions with consistent results. Sensitivity ranges from ISO 200 to 25600, with the ability to extend down to ISO 100 for working in bright conditions or with longer shutter speeds. Versatile burst shooting modes also allow you to pair high continuous shooting rates with AF; including shooting up to 8 fps with AF-S, 6 fps with AF-C in one area, and 6 fps during live view. For even faster performance, up to 40 fps shooting is possible with the electronic shutter function or 30 fps at 8 MP using the 4K Photo Modes.

4K UHD Video Recording
In addition to the versatile still shooting modes, the G7 also supports recording 4K UHD (3840 x 2160) video with either 30p or 24p frames rates at 100Mbps in the MP4 format. Full HD 1080p/60 is also supported, in both MP4 and AVCHD formats, as well as HD and SD resolutions.

When using any of the 4K Photo modes, you are afforded complete exposure control using the PSAM dial in order to base metering results and exposure configurations on your own shooting needs.

Depth-From-Defocus AF Technology
For accelerated autofocus performance, which performs in low-light conditions down to -4 EV, DFD (Depth-From-Defocus) technology is employed to quickly calculate the distance to subjects and adjust the focusing position in as little as 0.07 seconds. This contrast-detection type focus method benefits both still and video recording modes, as well as subject tracking applications where subject colour, size, and motion vectors are used to intelligently lock-onto the moving subjects and ensure precise focus.

Benefitting manual focus operation, focus peaking is available that highlights bright edges of contrast with a coloured outline for quickly recognising your focus point, as well as depth of field distances.

Body Design and Wi-Fi
Featuring a sleek design that is characteristic to Micro Four Thirds cameras, the G7 pairs retro aspects with modern functionality for intuitive use and classic appeal. Front and rear dials avail direct aperture and shutter speed control, as well as quick changing of ISO and white balance settings. Six function buttons can be assigned to control a range of custom features and the main drive wheel offers fast switching between shooting modes, including the 4K Photo modes.

For greater versatility when shooting, both a high-resolution electronic viewfinder and rear LCD monitor are available. The 2.36m-dot OLED Live View Finder features a 10,000:1 contrast ratio for bright, accurate viewing of scenes, even in difficult lighting. The 3.0" 1.04m-dot LCD features a static touchscreen design for intuitive navigation and control, as well as a vari-angle design for easier working from high and low angles.

Rounding out the handling capabilities, the G7 also features built-in Wi-Fi connectivity for wirelessly sharing images and remotely controlling the camera from a linked mobile device using the Panasonic Image App. Connection is simplified using a QR code system to pair the smartphone or tablet with the camera. 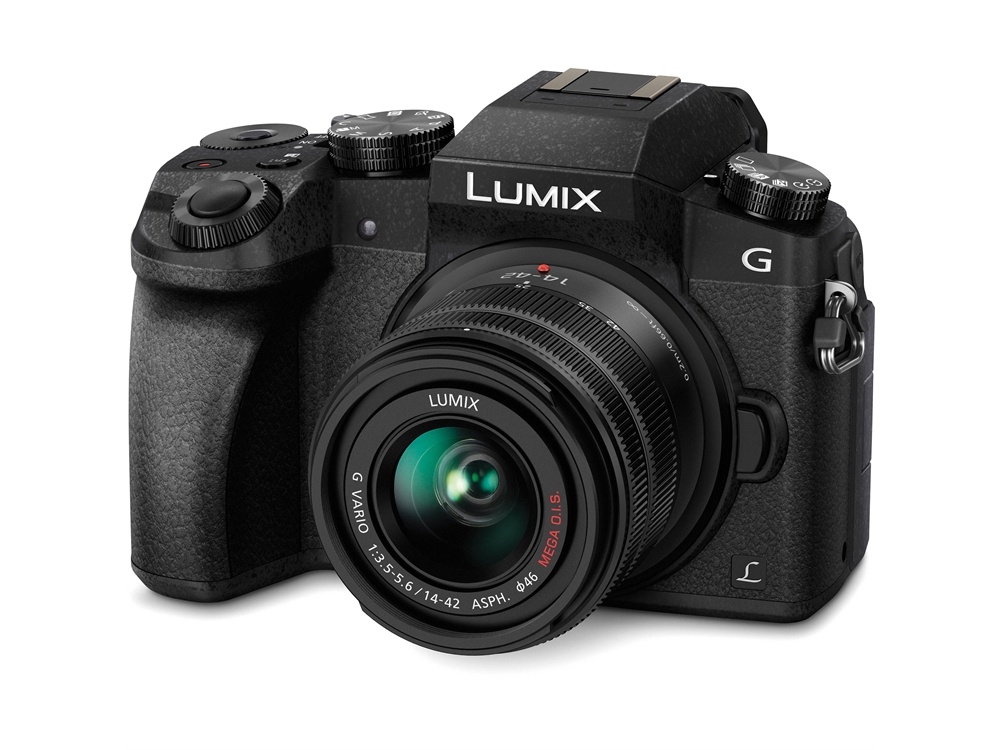