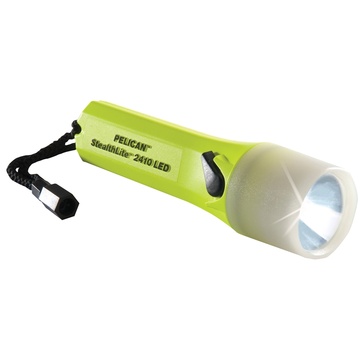 Functional, simple to operate, and featuring a useful glow-in-the-dark shroud, the yellow StealthLite 2410PL from Pelican features a bright white LED emitter that produces a collimated beam with a maximum output of 183 lumens. The durable, lightweight EXL resin construction is both submersible as well as IPX7-rated for use in harsh environments, and switching is easily controlled via a one-handed side safety switch. The StealthLite 2410 runs on four included AA alkaline batteries. Additionally, the PL-version of this flashlight also sports a glow-in-the-dark, photoluminescent shroud that absorbs energy from any light source, including fluorescent light, sunlight, or even the flashlight's own LED, for easier visibility in dark conditions. 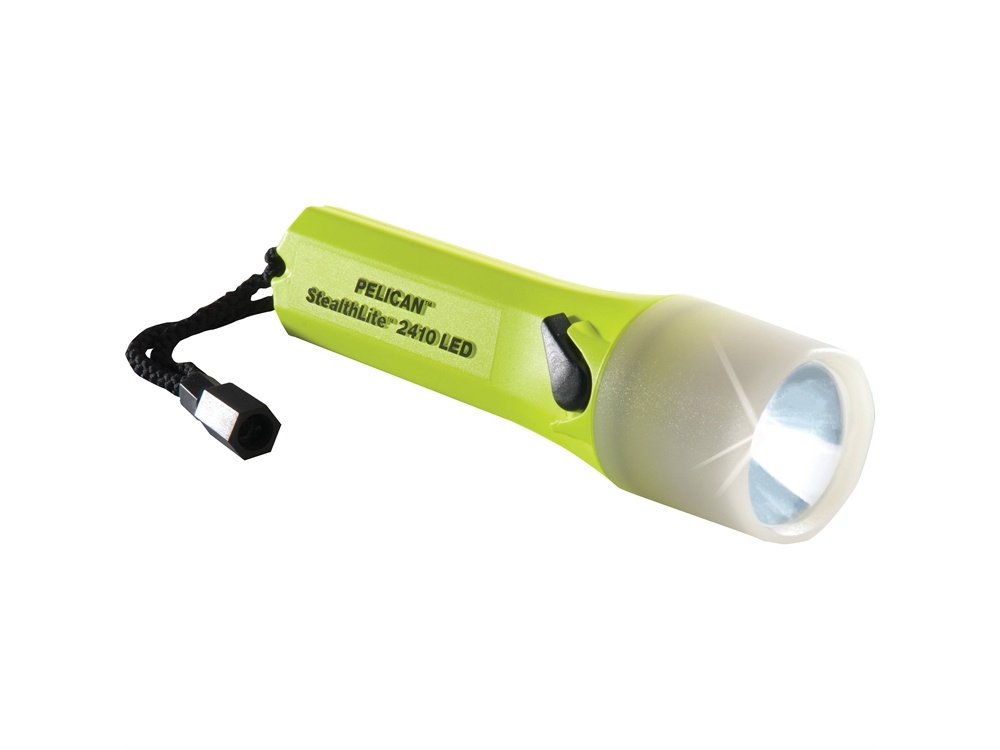