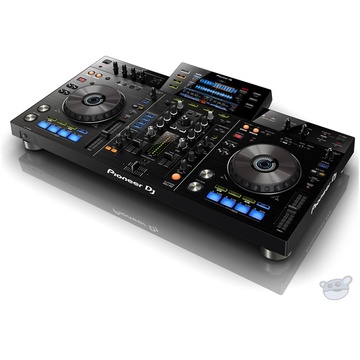 The mixer section features gain trim, a 3-band AEQ/isolator, and dedicated sound colour FX for each channel. Global beat effects include delay, echo, spiral, reverb, transformer, flanger, pitch, and roll, while dedicated navigation controls allow for browsing and track selection for each deck. Located across the top of the unit are controls for microphone levels, booth monitor, and master level controls. The system can also be used as a stand-alone mixer with connections for CDJs and/or turntables. The XDJ-RX ships with a power cord and an Ethernet cable for connecting to compatible devices such as computers, wireless routers or other media players.

The 7", full-colour LCD screen displays information from both players simultaneously, including waveforms, playback position, BPM and beat grids. It also allows you to quickly browse and select tracks, with easy access to artwork and Hot Cue info for each track

The system's tactile pads can instantly trigger Hot Cues and Auto Beat Loops - or you can choose and slice tracks on-the-fly with the Loop Slice function. Single or continuous playback modes give you more control and the option to choose a Loop Slice style that suits any music genre.

The XDJ-RX allows you to simultaneously play back and record tracks thanks to the dual USB ports. On top, two USB soundcards let you record your performances directly to a USB device to review them later

Keep tracks playing muted during live edits such as loop, scratch or reverse. Release the jog wheel and the track comes back at exactly the right place. 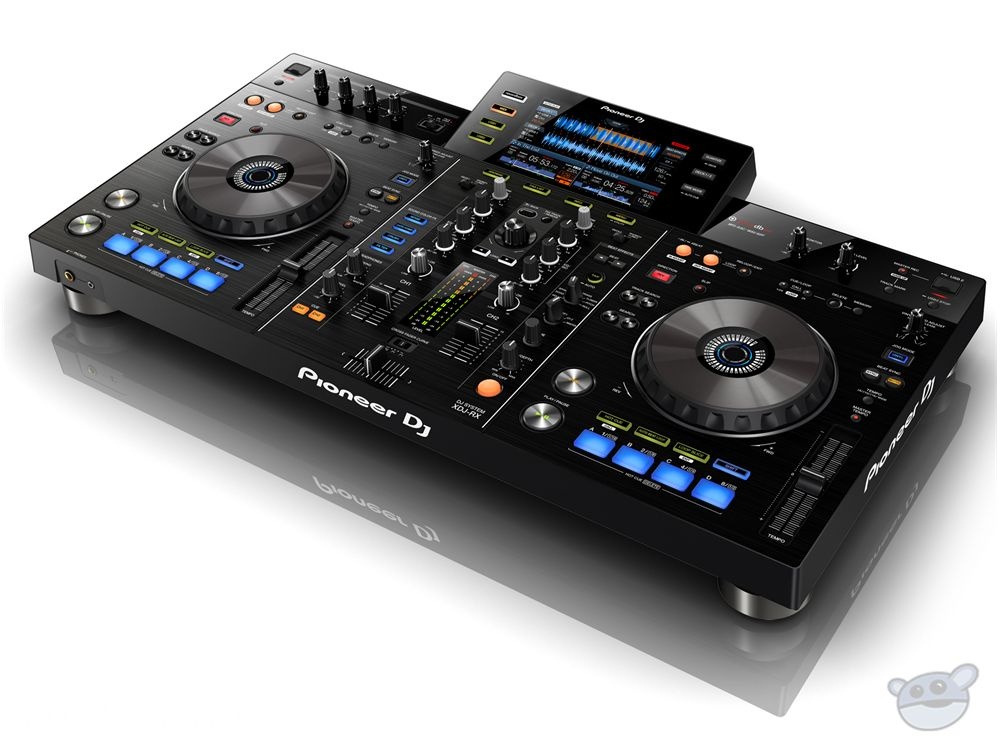