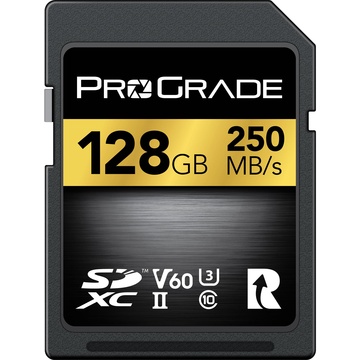 The 128GB UHS-II SDXC Memory Card from ProGrade Digital features a storage capacity of 128GB and takes advantage of the UHS-II bus to support maximum read speeds of 250 MB/s and maximum write speeds of 130 MB/s. This card has also been designed with the V60 Video Speed Class rating, which guarantees minimum write speeds of at least 60 MB/s, allowing the card to be used in DSLRs, mirrorless cameras, camcorders, and digital cinema cameras to produce 4K, UHD 4K, 3D, Full HD, and high bit rate MPEG-4 video. It is also well suited for raw photos and rapid-fire bursts.

Built for extreme conditions, ProGrade Digital's 128GB UHS-II SDXC Memory Card is able to withstand temperatures from -13 to 185°F, allowing you to take this card with you into extreme environments, such as snow and deserts. It is also X-ray proof and shockproof, and a built-in write protect switch helps to safeguard your content from being erased.

Component-level testing down to individual memory chips for improved quality

Wear-levelling for integrity and longer life 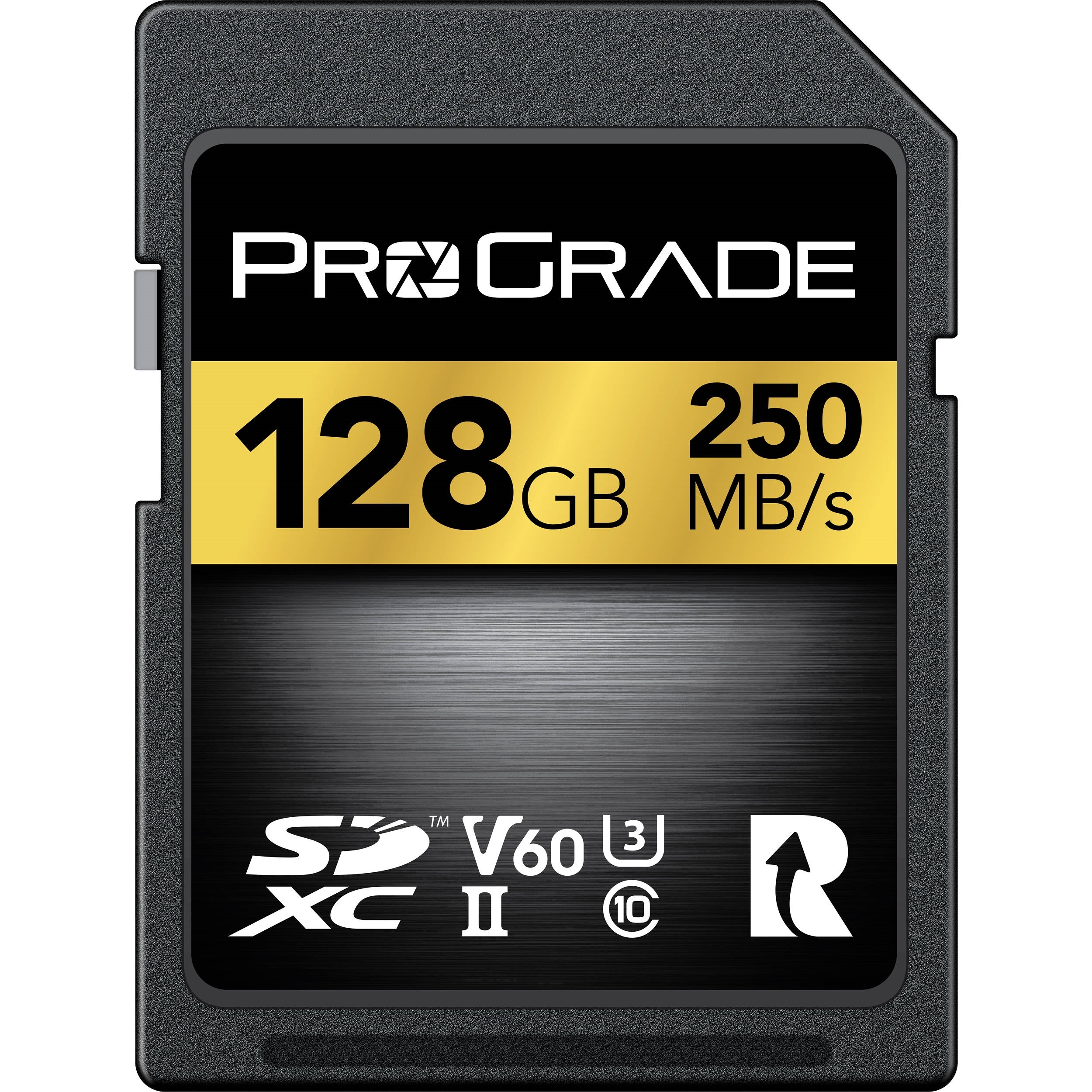