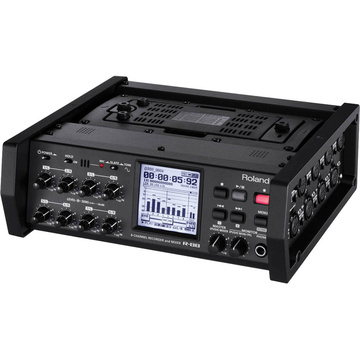 The R-88 8-Channel Recorder and Mixer by Roland is an 8-channel field recorder that is designed for recording and mixing in professional field-audio applications. In addition, it provides USB audio interfacing for use with DAW software.

Ideal for field recordings that require multiple microphones, the R-88 provides simultaneous recording of 8 channels at a maximum sample rate of 96 kHz and will record 4 channels simultaneously at a sample rate of 192 kHz. It also conveniently renders a summed stereo reference mix as it records. The R-88 is capable of up to three hours of non-stop recording at 24-bit/96 kHz using a 32 GB SDHC card, and up to ten hours at 16-bit/44.1 kHz. It provides 8 standard XLR mic inputs plus 2 digital inputs using the AES/EBU connection. Each analogue input is equipped with 48V phantom power. The recorder also boasts 8 analogue XLR outputs for connecting to other audio gear such as an analogue mixing console. Digital output of the stereo bus is available via the AES/EBU output, while a stereo analogue mix can be routed via the 3.5 mm mini-jack output. Furthermore, there is a built-in slate mic on the R-88's front panel for recording quick memos.

For slaving to video cameras or VTRs, the R-88 can be run in slave mode and will accept SMPTE time code via the SMPTE-in BNC connector. In addition, the R-88 can be the master, sending out time code to slave devices via the SMPTE-out BNC connector. The R-88 also acts as an 8-channel mixer for doing on-board mixes and is equipped with 3-band AEQ on each channel. An integrated USB port enables it to function as an audio interface for recording when using a computer running DAW software. There is an additional USB memory port for quickly copying files to a USB flash drive. 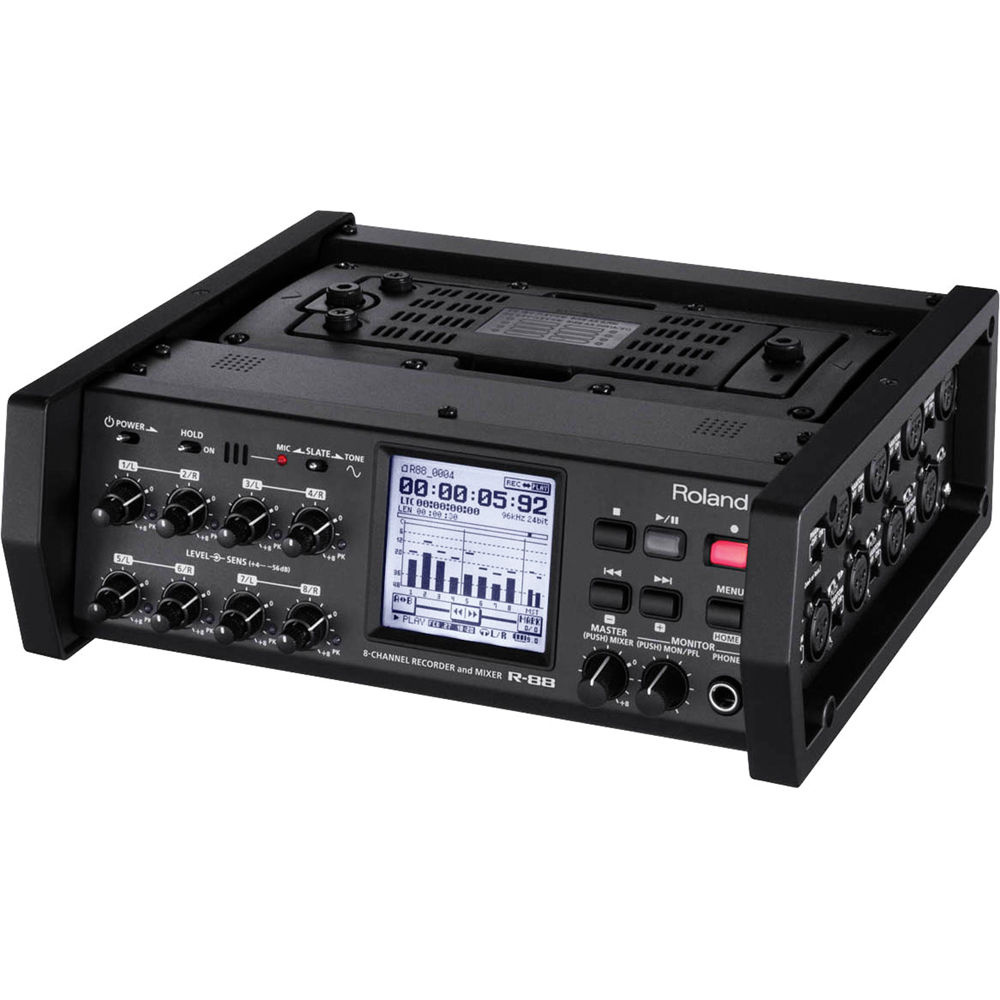