0
×Please note our warehouse and Wellington branch will be closed on Monday 25 January for Wellington Anniversary Day. Orders of in-stock items placed after 1pm on Friday 22 January will ship on Tuesday the 26th.
Roland VR-50HD Multi-Format AV Mixer
Product #18917 | SKU VR-50HD
Usually Ships in 4 - 6 Weeks
what does this mean? 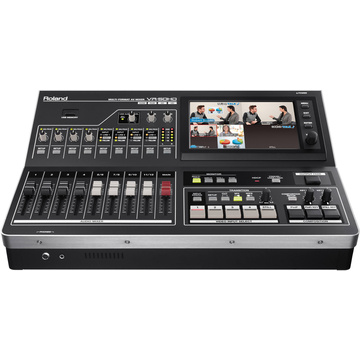 The Roland VR-50HD Multi-Format AV Mixer integrates an audio mixer, video switcher, multi-viewer touch screen and USB video/audio streaming into a stand-alone device. This portable live HD production solution combines the functions of a video switcher and an audio mixer, and it is ideal for use at live events, schools, churches, council meetings, and corporate events. The VR-50HD features four video input channels, which are fed by 12 inputs, and supports SD, HD, and computer-based signals. The mixer supports either NTSC or PAL standards, with selectable frame rates, and will scale input video to match the selected output resolution.

The VR-50HD features four SDI inputs that support SD/HD/3G-SDI signals, two RGB/Component video inputs, two composite video and four HDMI inputs, as well as 12 analogue audio input channels. Built into the front of the mixer is a 7" LCD touch-screen multi-view display that shows the four input sources as well as displays a red border on the active input source. You can set up and control the unit through the touchscreen interface. The unit has a designated HDMI output that will send the multi-view display to an available HDMI monitor. The PGM output is available through SDI/HDMI/ and RGB/Component streams. It is also available via the USB output, which you can bring into an available computer or encoder to stream live. The VR-50 features two built-in full-resolution picture-in-picture channels, and you can layer the four inputs to make one composite in addition to the picture-in-picture channels.

12-Input, 4-Channel Multi-format Video Switcher
With four HDMI, four SD/HD/3G-SDI, two RGB/COMPONENT, and two composite inputs, the VR-50HD provides you with 12 inputs for the four video channels. All inputs are active all the time, so you can connect up to twelve input sources at one time, although the mixer only switches video from four sources at one time. The wide variety of input connectors allow you to connect professional HD cameras, computers and Blu-ray and DVD players, as well as video cameras using composite output.

If four inputs aren't enough, you can also assign an input to each of the picture-in-picture channels. This allows you four input sources plus two more full frame sources that you can transition to, for a total of six input sources.

Mix and Match Resolution
The unit features multi-format specifications that allow you to mix sources with different resolutions. Please note that the frame rate/Hz must be the same between the multiple sources, so, for example, you couldn't switch between a PAL source and an NTSC source. The frame rate is selected in the system menu, and your input sources must match that frame rate. As long as your input sources match the selected frame rate, the unit will scale the input signals to match the selected output.

Transition Effects
Select from cuts, dissolves and wipes. You can set the time for each transition between 0 and 4 seconds.

Composite
The Composition buttons let you instantly create picture-in-picture effects, title compositions using chroma or luminance keying, and even composite from a still picture imported into the internal memory of the unit.

Still Frames
The unit can store up to four .bmp images in its internal memory.

HDCP
The VR-50HD is HDCP compliant, and you can set it to output HDCP compliant video. However, with HDCP activated, the unit will only output through HDMI (picture and audio), as the SDI, RGB/Component and USB outputs are deactivated.

Built-In Preview Monitor
The VR-50HD is equipped with a large 7-inch touch-screen LCD screen that features a seven-way multi-viewer that can display four input pictures, composited material, and programme out simultaneously, thus eliminating the need for external monitors. You can also switch to quad multi-view. Advanced settings for picture and sound can also be made using the touch-screen, so you can get started right away without having to read the manual.

Remote Control
The VR-50HD supports remote control via the RS-232 port using an optional RS-232C device, or an optional Visual MIDI device via its MIDI connector.

USB Output
The USB 2.0/3.0 output enables web streaming connecting to a computer running a live streaming service. Recording is equally simple by using QuickTime or the dedicated Windows/Mac capture software, the Video Capture for VR. The USB port supports video formats up to 1080/59.94p through USB3.0 and up to 720/29.97p through USB2.0. The resolution and frame rate of video format and audio level and delay can be changed thanks to the dedicated scaler and the dedicated volume and delay for the USB output.

Video Capture
The Video Capture for VR is application software that captures video and audio signals output from the VR-50HD USB port and saves them to movie files on your connected Windows/Mac. The software is available for download from the Roland website. 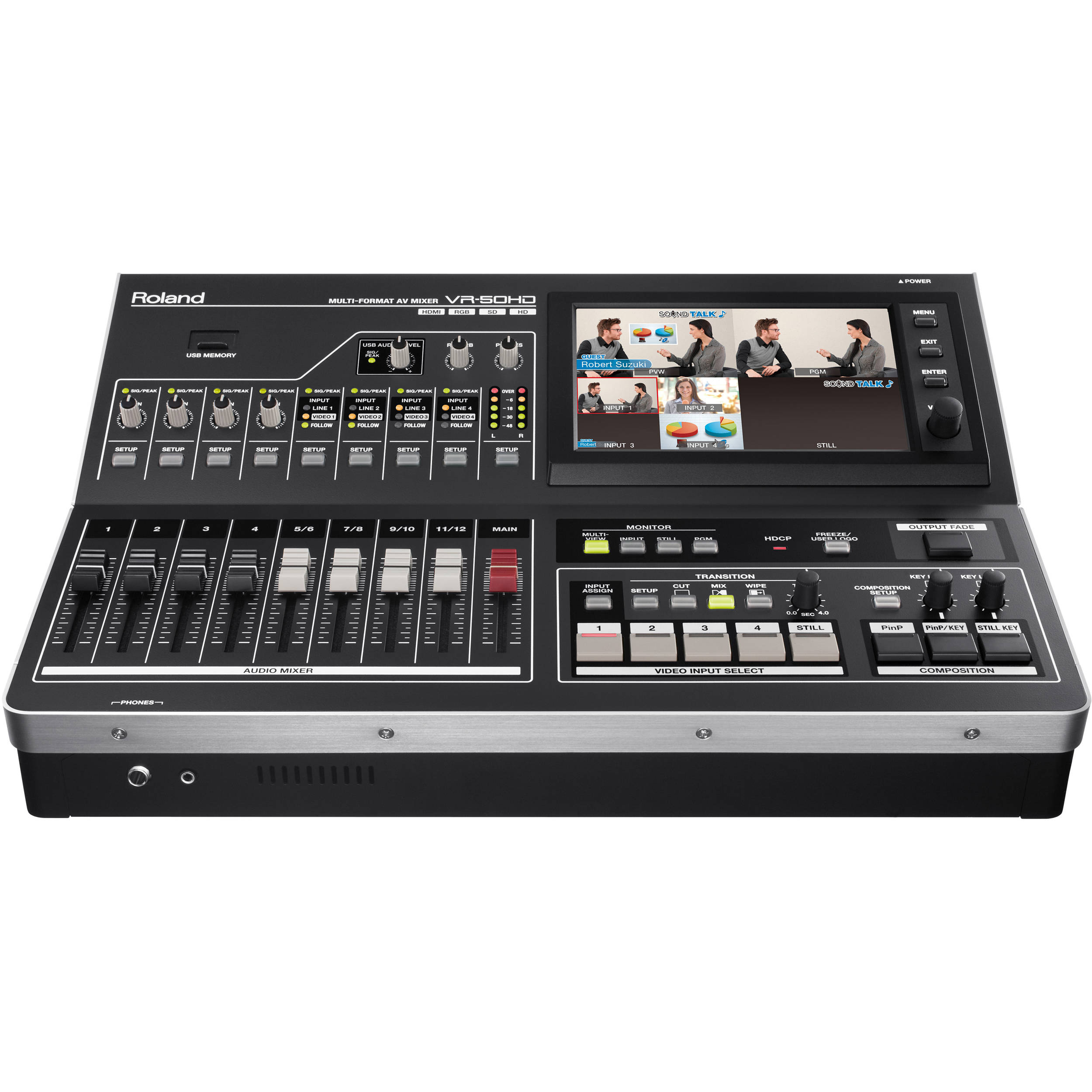