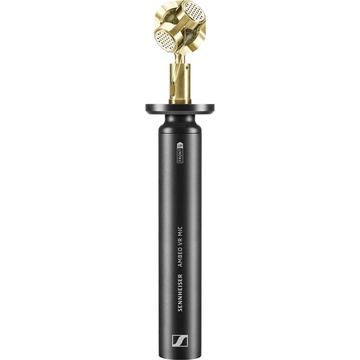 Designed for 360° immersive applications, the Sennheiser AMBEO VR is a microphone intended to bring the full vision of VR content creators to life in all its four-channel glory. Indeed, the microphone utilises four KE 14 capsules situated in a tetrahedral arrangement to ensure that from wherever you're standing, the AMBEO will record the surrounding audio in a spherical manner, resulting in true Ambisonics recordings.

The science behind these principles is a bit arduous to lay out in the space provided for this description (indeed, multiple dissertations have been written about the Ambisonics format—developed by the British National Research Development Council in the 1970s); the principles are, however, of interest to the VR community, which utilise the technique to capture truly immerse aspects of any given sonic picture, giving you the left, right, bottom, top and centre of the image in a way especially suited to the VR experience.

To help in working with the resulting audio in post-production, the microphone comes with a format encoder that will work in AU, AAX, VST, and standalone formats. Also included are a Rycote suspension mount, a split-cable designed to connect the microphone to four separate XLR terminations, and a windshield.

Capturing the VR Experience
The AMBEO VR Mic has been developed in cooperation with VR content producers and fine-tuned in conjunction with participants from across the audio and VR communities. Thus, the mic caters exactly to the needs of VR content creators, facilitating the audio capture of any location, and enabling the listener to be immersed in a way commensurate with the visual component of the VR experience.

Ambisonic Capsule Structure
The AMBEO VR Mic is an Ambisonics microphone fitted with four matched KE 14 capsules in a tetrahedral arrangement. This design allows you to capture the sound that surrounds you from a single point. As a result, you get a fully spherical, Ambisonics picture to match VR video/spherical 360° content.

Key Features at a Glance 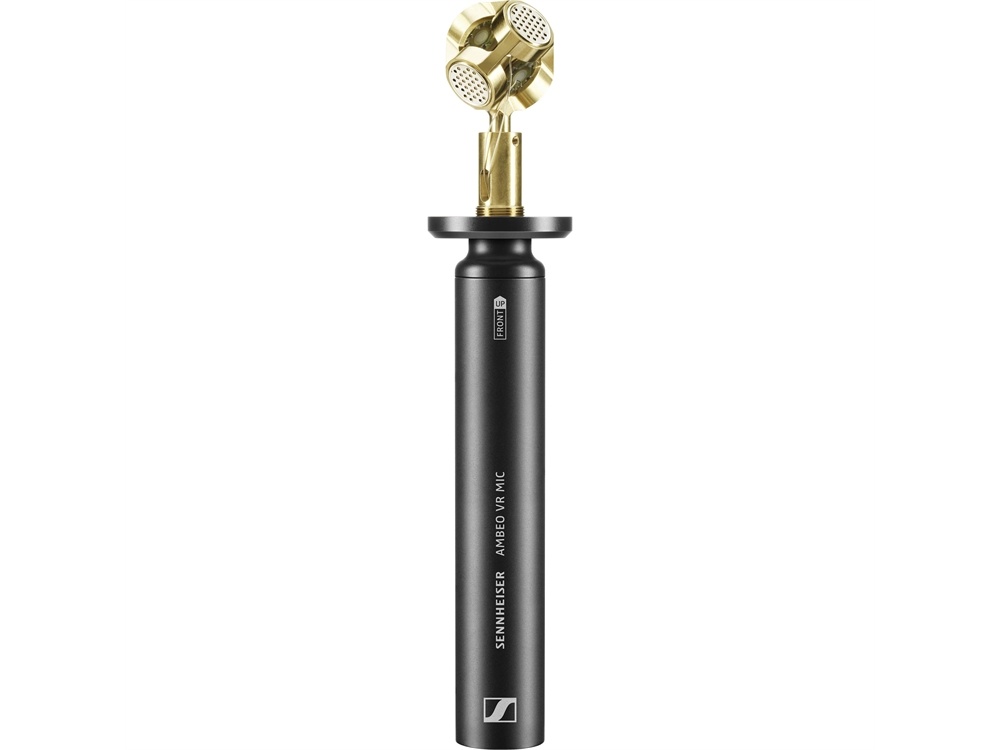