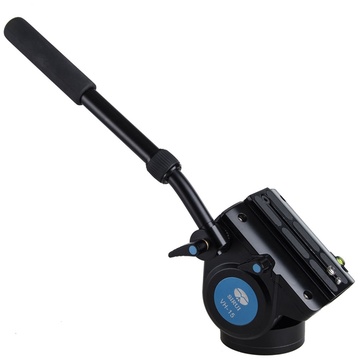 The Sirui VH-15 Fluid Video Head, pronounced Soo-Ray, is a precision-machined aluminium video head that supports up to 10 kg. It features a fixed spring counterbalance that helps bring the head to a neutral position and variable tilt drag, with 0 drag for fast tilt positioning; pan drag is preset and fixed. The pan and tilt locks allow you to set a shot and lock off the head so it doesn't move for lock-off shots.

The Manfrotto compatible sliding Quick Release (QR) plate helps to balance your camera, and the head comes with a safety lock for the QR plate. The head features 2 bubble levels, and the VH-15 Video Head can be mounted to available ball adapters, tripods, and other camera supports, not included, via the 3/8" threaded female receiver on the flat base. 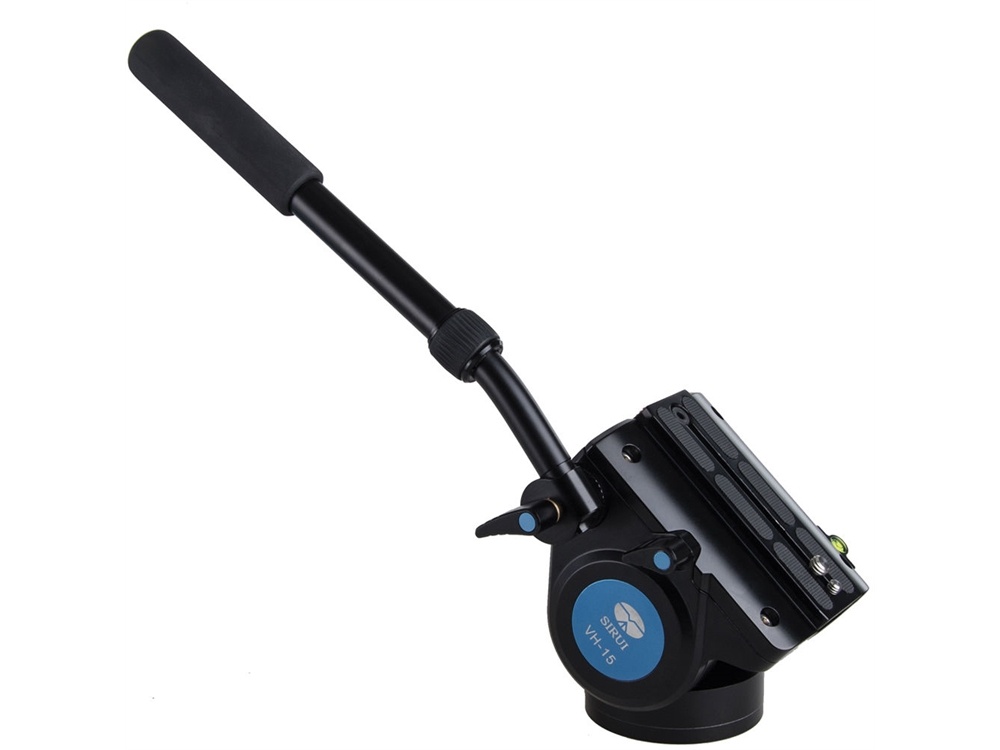