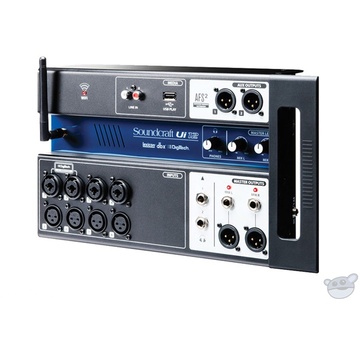 The Ui12 from Soundcraft is a 12-input remote-controlled, fully recallable digital mixing system, housed in a compact, road-rugged stagebox format. With built-in Wi-Fi, cross-platform compatibility, and the ability to be controlled by any connected device via standard web browser, the Ui12 offers a full-featured, flexible remote mixing solution for a wide variety of live sound reinforcement applications.

The Ui12 features cross-platform compatibility with iOS, Android, Windows, Mac OS, and Linux devices, and can use up to 10 control devices simultaneously. In addition, the mixer features signal processing from dbx, DigiTech and Lexicon, including dbx AFS2 feedback suppression, DigiTech amp modelling, and more. It has fully recallable and remote-controlled mic gain and phantom power, along with 4-band parametric AEQ, high-pass filter, compressor, de-esser, and noise gate on all input channels. The mixer also features 31-band graphic AEQ, noise gate, and compressor on all outputs, plus real-time frequency analyser (RTA) on all inputs and outputs. 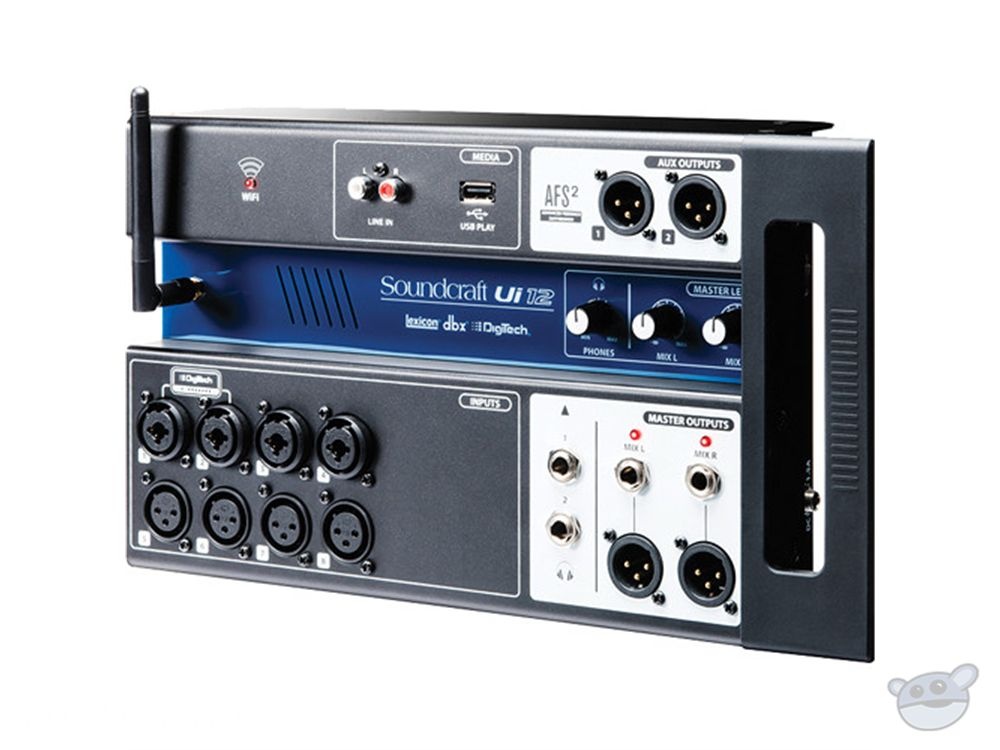