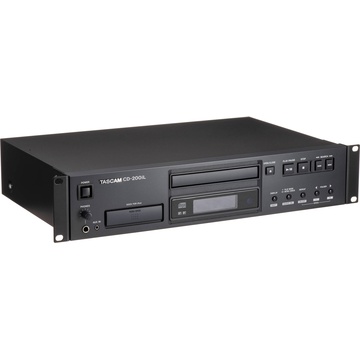 The Tascam CD-200iL Professional CD Player with 30-Pin and Lightning iPod Dock is a 2 RU rackmountable media player designed for home and installed listening applications. The unit features a TEAC constructed CD-Drive with a 10 second shockproof buffer to prevent audio dropouts if a CD skips. The drive can handle a variety of file formats such as WAV, MP3, and MP2 with support for CD text and ID3 tags. Alternatively you can connect a 30-pin or Lightning connector iPod or iPhone to the unit's retractable audio interface dock for improved digital to analogue conversion over the mobile device's internal soundcard. The unit also features an analogue auxiliary mini stereo jack for connecting to the 1/8" input of an MP3 player or other source.

The front panel features the transport controls and an LCD display that can switch between showing information such as track elapsed time and the artist and album names. A ±14% pitch adjustment control, a repeat button, buttons for moving through the folders on a data CD, and playmode buttons that enable continuous, shuffle, and programme playback modes are included on the front panel. The unit also comes with a 10-key wireless remote control.

For outputs the player features a 1/4" headphone output, analogue RCA outputs, as well as coaxial and optical digital outputs for connecting to a receiver, mixer, PA system, and more.

Plays the first 10 seconds of each song on a CD 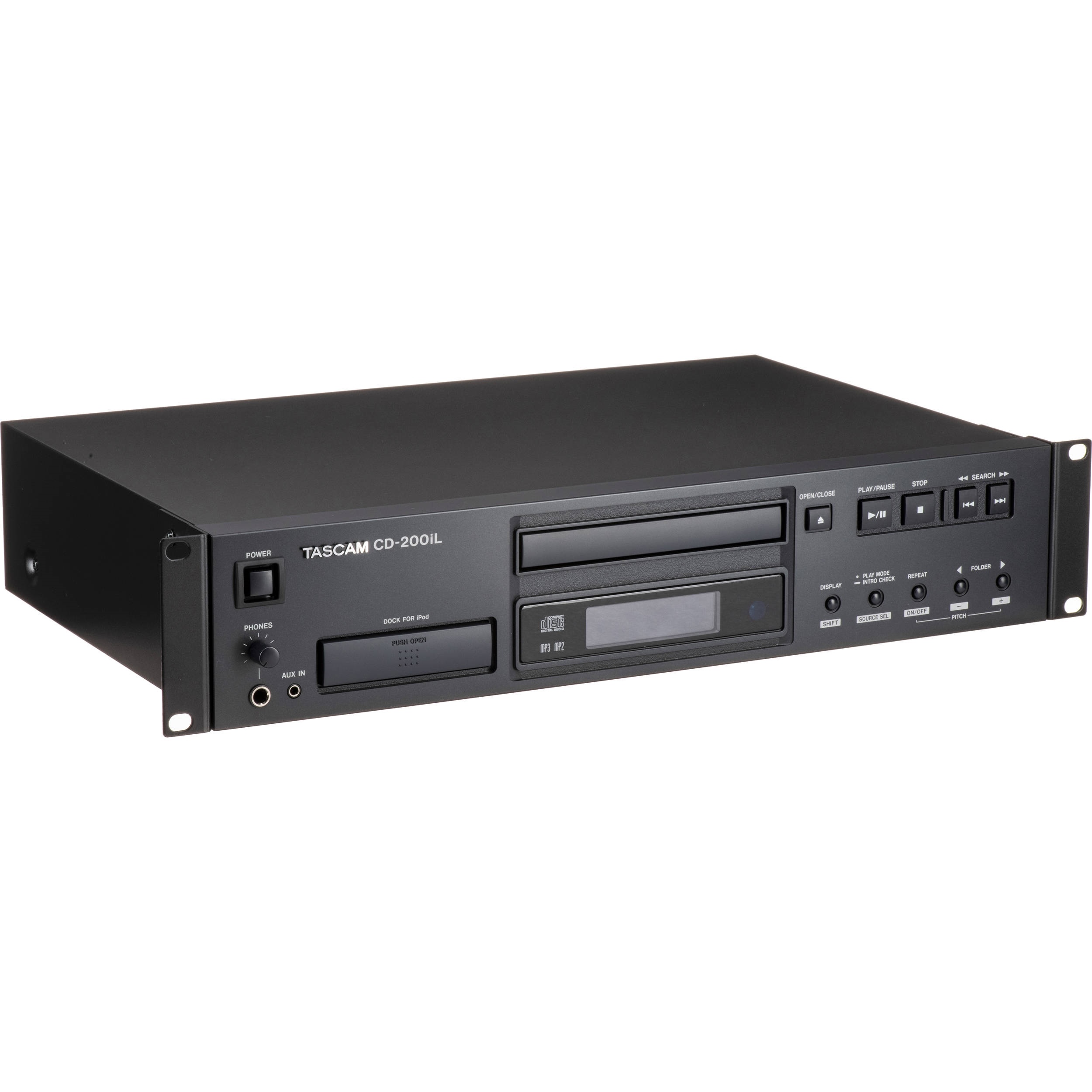