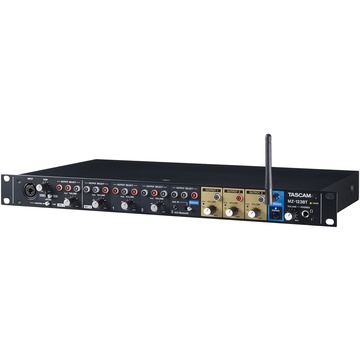 The Tascam MZ-123BT Multi-Zone Audio Mixer with Bluetooth is a compact 1 RU multichannel, multi-zone professional installation mixer designed for versatile routing, mixing, and distribution. It can be used for up to three zones of music and announcements in commercial applications such as retail venues, restaurants, bars, cafes, hotels, or any environment that requires independent audio routing and announcement capabilities.

The Tascam MZ-123BT offers a simple, intuitive layout for ease of operation. The Bluetooth-enabled device comes equipped with two versatile mic inputs and automatic attenuation of background music for superior intelligibility during announcements or paging. This mixer is built with a volume control for each input and zone routing buttons. In addition, it includes a power cord, eight Euroblock plugs, a cable band kit, a rackmount screw kit, and a Bluetooth antenna.

Three pairs of stereo outputs with Euroblock connectors for fixed installations are provided. They are accessible from the back panel and a mono/stereo switch is provided for each output.

Stereo line inputs 1 and 2 (RCA, unbalanced) allow connection of AV equipment such as solid-state players or similar playback devices. Channel 3 AUX/Bluetooth input is for additional audio sources via Bluetooth or 3.5mm mini-jack plug. Each input is equipped with a volume control knob as well as zone routing buttons for audio distribution.

The Talkover function automatically detects a mic signal input during audio playback and attenuates the background music levels in the desired zone for optimal intelligibility during announcements. The back-panel adjustments of mic threshold level and timing (release time) allows for smooth restoration of background music to preset levels.

Simple Layout for Ease of Operation

The 1 RU is designed to fit in an installed AV rack, with an optimised depth that allows greater connection space for integrated AV equipment such as CD or solid-state players. 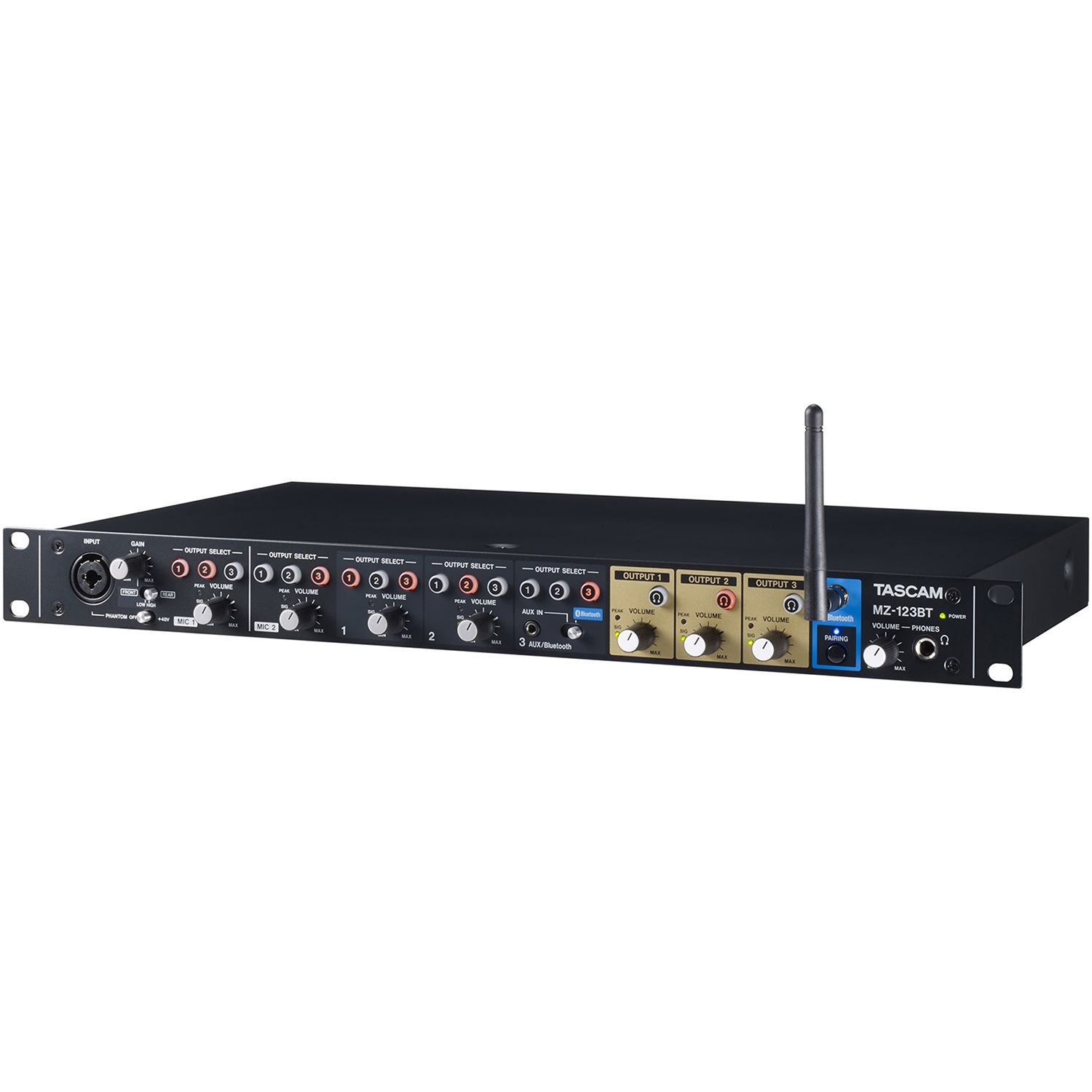