0
Vello FreeWave Orbit Motorized Pan Head with Remote
Product #37079 | SKU MPH-100
In stock with supplier Usually ships in 2 - 3 weeks
what does this mean? 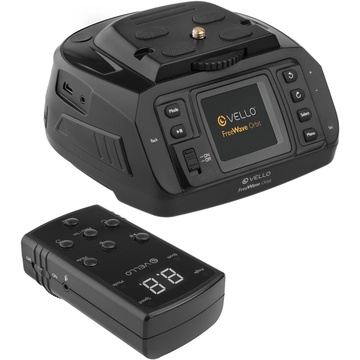 The FreeWave Orbit from Vello is a programmable motorised pan head which allows the user to capture full 360° panoramic photographs or still or moving product photos.

The Orbit is fully programmable allowing the user to determine the degree angle of rotation, the number of shots taken within that range, the panning speed, and the direction of capture for panoramic photos. Placement of the camera and head is entirely your choice, as the head may be mounted on top of a tripod via the integrated 3/8"-16 female thread or seated on a flat surface using the anti-slip bottom pad.

An ideal tool for the budding 360° panoramic or VR photographer, the Orbit is capable of automatically producing batches of images which may be easily combined to form traditional or interactive media. Operating as a panoramic head and trigger, the Orbit can be programmed to make linear adjustments in up to 360° patterns while automatically triggering the shutter every time the camera pauses. These images can then be stitched together to form multi-image panoramas or immersive 360° virtual tours. Additionally, this function may be used with the optional product plate to create interactive, rotating product tours.

Included with the Orbit is a 2.4 GHz wireless remote capable of communicating with the head from up to 30.4 m away. Programmable to one of 16 available channels, the user can prevent troublesome radio interference with other electronics or use two Orbit heads in close proximity without issue.

The remote may also be used atop the camera as a camera control unit, capable of triggering the camera's shutter when it is not placed on the Orbit head. Previously mentioned, a common use for this function would be 360° product photography with the optional 20.32 cm product plate—a rotating stage which can allow a camera in a fixed position to take multiple photos of a small object from up to 72 angles.

The Orbit head is powered by a rechargeable Nikon-type EN-EL3e lithium-ion battery and the remote is powered by two AAA batteries. 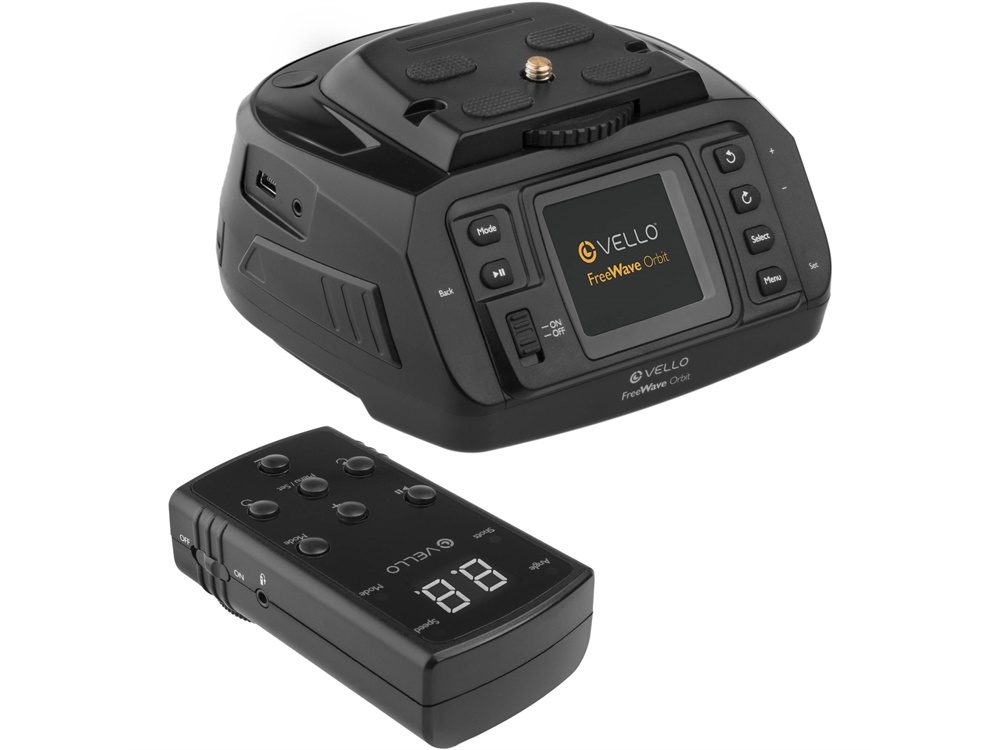