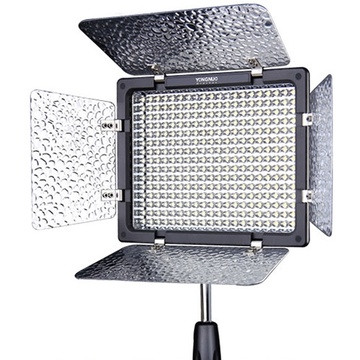 The 300-IIIW Daylight LED Panel is one of a series of on-camera LED lights from Yongnuo Digital . This compact unit features a 5600K output and offers two dimming modes (rough and fine), an IR remote control, barndoors, a power-on/luminance adjustment knob, and two filters. The 300-IIIW also features Bluetooth-based smartphone remote control (via the downloadable app), which allows you to independently control up to eight fixtures or group of fixtures.

Designed to work with most DSLRs and small camcorders, the 300-IIIW LED On-Camera Light can be powered using Sony NP-F series batteries or via an AC adapter (not included). A push-button numerical LED display shows the remaining battery power. A 5200mAh NP-F750 battery (not included) will power the light for up to 120 minutes. The 300-IIIW has three mounting options: to your camera via the hot shoe, onto a flat surface using the mini-plate, or handheld using the included handle. 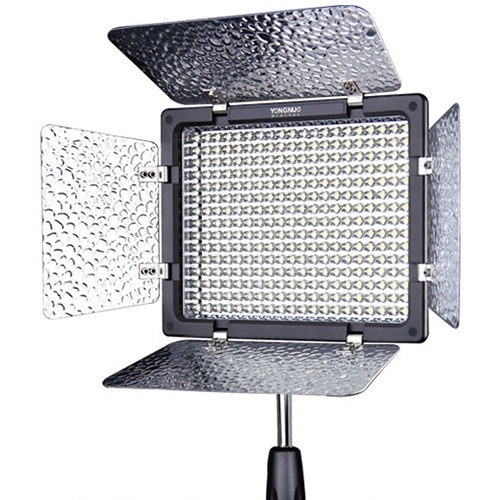